IT Professionals: The Government Needs You 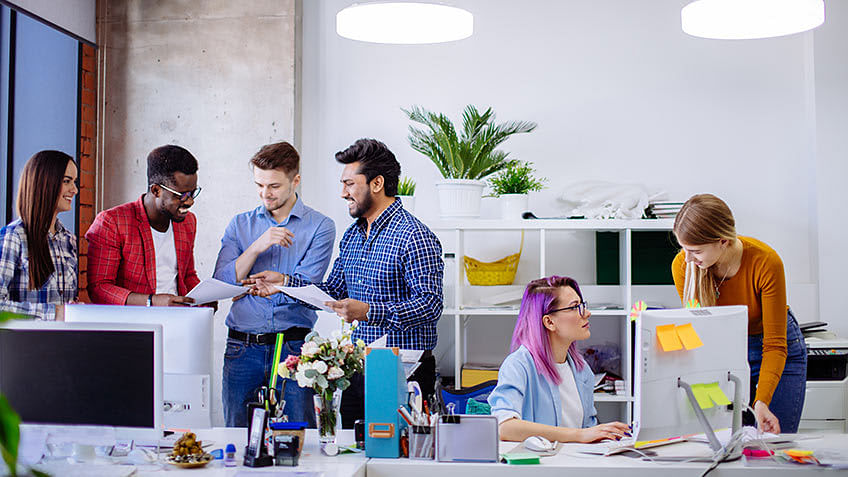 Are you an expert in cybersecurity, cloud computing, data analytics or artificial intelligence? Do you know how to modernize IT infrastructure? If so, the government needs your skill in 2019. According to Bloomberg Government, the US government spends more than $80 billion on Information Technology (IT) and, about 71 percent of that goes toward contracting, estimated to be $60 billion. There’s more though as the federal government is not the only big spender on IT, states like California and Pennsylvania spent $7.2 billion and $2.5 billion respectively in 2018. With significant government spending on IT, who better to obtain a lucrative contract or position in this space? Let’s explore how you can do just that.

The federal government desperately needs to update its IT infrastructure. Nothing made that clearer than the family separation crisis that arose from the Trump administration’s zero-tolerance immigration policy. Here, the various agencies involved with separating children from parents/adults couldn’t track the separations due to computer issues, according to the New York Times. “For example, only one part of Customs and Border Protection, the Border Patrol, had systems that could send information about migrant children directly to Department of Health and Human Services computers,” states the Times. In addition, “a database said to be developed jointly by the homeland security and health departments to track the separated families did not exist. The agencies would later admit that there was no ‘direct electronic interface’ between their computer systems.”

That’s not all that’s going on. The government is plagued with costly, old, ineffective legacy systems that hinder almost every department. They’re also great security risks. Spending on these systems has increased by 13 percent over the last five years. Time to move away from these legacy systems into cloud-based ones, which is slowly happening. President Trump agrees, planning to spend $4 billion on commercial IT in hopes of using a “buy first” approach towards public cloud and software as a service applications. Being able to assist in modernizing the governmental IT infrastructures will afford you work opportunities galore. There is significant emphasis on the following areas along which the government is driving various large scale projects.

Not only because legacy systems are riddled with security risks, but also because citizen and government information needs protection, cybersecurity is of utmost concern to the government. The budget for cybersecurity increased for 2019 as data breaches become more common due to sophisticated hackers. The NSA, the Office of Personnel Management, the Securities and Exchange Commission and others have all had security breaches recently. The Department of Defense alone will spend $8.6 billion on it. To date, ten contractors have received one-third of cybersecurity contracts but that still leaves a lot of open doors for companies to fight for.

Not only are the contracts there, but also are the jobs. So in demand, cybersecurity personnel have their own job board managed by the US Office of Personnel Management to help match qualified cyber tech professionals with openings across the country.

As the government sheds its legacy systems, it’s migrating everything to the cloud, so people who have cloud computing skills are in high demand, as are companies with those services. Though switching to the cloud is costly right now, in the long run, it will save money and be safer; hence, the White House’s push to do it is occurring now. According to SmartProcure, it is projected the total amount of federal cloud-related investments will rise from $2.2 billion in 2017 to $3.3 billion in 2021. In addition, for fiscal year 2018, Bloomberg Government projects that federal cloud spending will exceed $8 billion – $5.5 billion with civilian agencies and $2.5 billion with the Pentagon.

The government is rife with fraud. Experts estimated federal government costs from potential fraud at nearly $150 billion when all elements of it, including fraud, waste and abuse (FWA), and payments misspent or sent to the wrong recipients, in 2017. Using data analytics can stave off these errors.

The government realizes this and is allocating funds to hire employees and firms to provide these services. One department where data analytics are helping is the US Department of Health and Human Services’ Centers for Medicare and Medicaid Services (CMS). Here, “CMS built the Fraud Prevention System (FPS), which uses advanced analytics to identify, prevent, and stop payments that match certain suspicious patterns and to raise the priority of other suspect payments for investigation. FPS helped CMS prevent $527 million in losses to fraud in fiscal year 2016 as part of a suite of program-integrity efforts that saved CMS almost $18 billion a year at a return on investment of 12.4:1.”

Other departments helped similarly include the Department of Veterans Affairs (VA) and the IRS. In addition, data analytics help with airport control for the Department of Transportation, aiding in, for example, knowing in real time where long backups at security gates are. And the list goes on. No surprise should arise, then, in finding out that government spending on IT hardware, software, and services related to the analysis, management, visualization, and sharing of organizational data is high. In fact, according to Bloomberg Government, federal agencies spent close to $2.1 billion on data analytics and business intelligence in fiscal year 2017.

Artificial Intelligence (AI) spending by the government is high, as well, and growing higher every year as it finds myriad opportunities to use AI. In 2017, $450 million on AI-related projects was spent, and that amount was expected to grow to $530 million in 2018.

Meanwhile, “In fiscal 2019, the Defense Department plans to spend more than $1.5 billion. The U.S. Navy leads all service branches with $460 million invested in AI R&D, followed by the Air Force with $331 million and the Army with $162 million. Other defense agencies, including Defense Advanced Research Projects Agency (DARPA) and others, will collectively invest $562 million.” That’s a lot of contract money up for grabs. And a lot of employees needed.

Some areas in which AI is needed include Medical Technology Development, with an estimated $128.6 million requested for 2019, U.S. Cyber Command Joint Access Platforms, with $83.7 million requested and Experimentation Campaigns by the Air Force, with $87.2 million requested. These are only some of the contractual dollars needed to be filled by AI companies. In other words, as in the other fields, opportunities are rife.

Below are 8 contracts available for fiscal years 2018 through 2020 that showcase the value of applying for government contracts.

By now, you can see that stakes are high in the government’s IT game. The presence of these large projects requires skilled workforce especially in execution and maintenance. This means there are a number of opportunities along these digital economy areas. The existing workforce at the government offices can make meaningful contributions by being appropriately skilled, even if it involves career transitions, and to be part of these large scale transformation projects.  Simplilearn is here to help reskill the government workforce through Government Courses offered under our GSA schedule contract. These are approved training courses for the workforce employed with government agencies. You can buy these courses as an individual or you can also get your team trained in these digital skills. Please reach out to us for more information.

Make the most of government funding, upskill and grab these positions.