HomeResourcesSoftware DevelopmentTestNG Annotations in Selenium Webdriver: Everything You Should Know About it

TestNG Annotations in Selenium Webdriver: Everything You Should Know About it 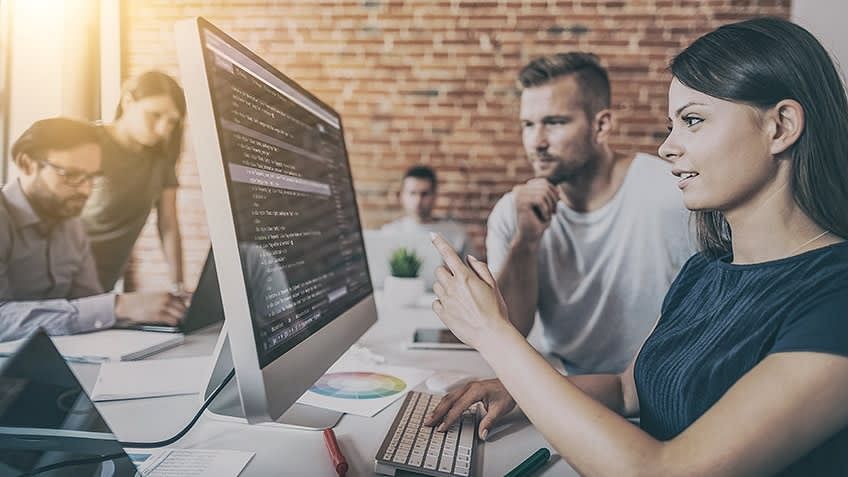 Annotation is repeatedly used by developers to describe a piece of code that is inserted into the program or business logic used to control the flow of methods in the programming language Java. Annotations play a major role in Test Next Generation (TestNG), an automation framework widely used by Selenium. Testers need to understand the working and uses of each annotation while they are working on TestNG.

What is Selenium Webdriver?

The main advantage of Selenium Webdriver is that it’s simple to use, and the programming interface is easy to understand with basic knowledge of programming languages and improved support on web-app testing problems.

Before You Begin Writing Test With TestNG:

Annotations differ from project to project depending on their requirements. Though the requirements change, the execution flow will be the same for every single project. The following are TestNG annotations, with explanations and examples for each below.

The Workflow of TestNG is Shown Below:

Now, let’s see each one from the list of annotations:

In any automation script, @Test annotation is the important part, where we write code/business logic. If something needs to be automated, that particular code needs to be inserted into the test method. The test method then executes @Test by passing attributes. Here are some attributes that are used to pass in the test methods.

Master the Basics of SeleniumEnroll Now

The method annotated with @BeforeClass will execute only once before the first test method in that particular class is invoked. You can then initialize or configure set-up for all the conventional test methods. The @AfterClass annotation will be executed only once, after all the test methods of that particular class have been invoked. In the below output, you can see that @BeforeClass and @AfterClass are executed at the very beginning and very end, so we can conclude that they are both used only once.

When we run the above code, the output will be accountLogin() method. It is executed before executing updateProfile() and void bankBlance() method. During the final step, accountLogout () method is executed.

The @BeforeTest methods run after @beforeSuite. For frameworks like smoke testing, @BeforeTest is used for creating an initial data set up and prior to running other test methods, whereas @AfterTest annotation will run after the other tests are complete.

In this tutorial, we’ve discussed some of the important annotations and few attributes that software testers use often. Some other annotations that are also used include @AfterGroups and @BeforeGroups. However, they are significant when you are working with groups in your project. From the above annotations, pick the right one for your project and use them as you best see fit.

The above examples are just the basics. Selenium Webdriver can be complex and robust. For a deeper dive into programming with Selenium, consider our Selenium Training Course, which covers Selenium 3.0, Selenium Grid, Java essential skills, Maven, and much more. Or if you’re looking to master a wide range of languages in addition to Selenium, our Automation Test Engineer Masters Program includes Core Java, Docker, and other tools, as well as a full understanding of DevOps test automation practices. Both courses provide hands-on projects and practice labs that give learners a stress-free environment to practice as frequently as needed.

GnanaSekar is working as a Technical Content Contributor & SEO Analyst for Mindmajix. He holds a Bachelor's degree in Electrical & Electronics Engineering from Anna University. Connect with Gnanasekar on LinkedIn and Twitter.

Why Engineers and Software Developers Should Get Certified in Selenium