How to Initialize a Vector in C++ [6 Different Ways] 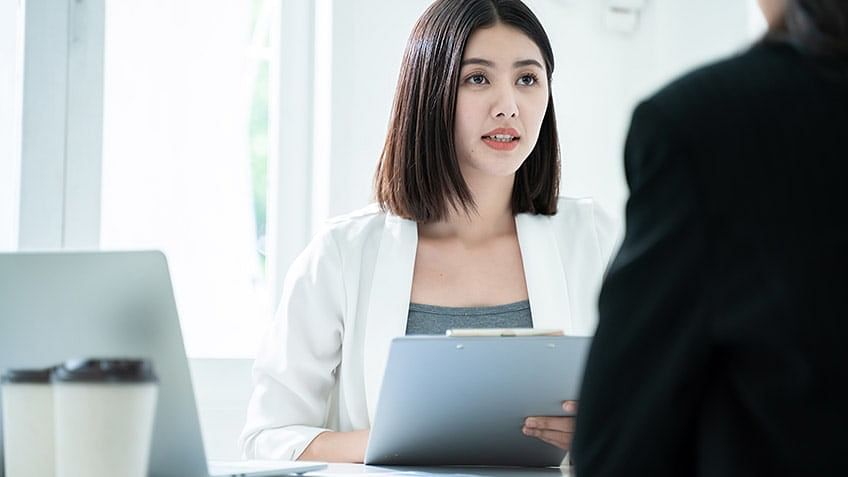 The Linux platform given its open-source nature has integrated a wide range of innovative minds who have given their best to introduce world-changing ideas into reality. Due to its vast developer user base, Linux has transformed itself into one of the popular and secure operating systems along with various other implementations. Every technology era brings new developments and breakthroughs, and Linux is no exception.

Linux is basically an operating system which is popular for its efficiency as well as fast performance. It can run on various hardware platforms manufactured by IBM, Intel, and HP. So in this article, we will be looking at multiple Linux command interview questions and answers which will help you prepare for the interview.

The development and deployment of Linux-powered supercomputers is a trend that shows no signs of abating. Given the flexible structure of the Linux system as well as the capabilities it has, the usage of Linux as a supercomputer operating system is guaranteed to remain one of the most important Linux trends in 2022.

The Linux platform has gained a reputation since Rasberry PI and Chromebooks gained the attention of a particular domain of viewers. These Linux-based components are breaking new ground as the days pass, thanks to their small form size and ability to perform routine tasks with ease. The platform has also witnessed advanced implementations throughout the prior calendar year. Looking at the new realm of viewers that these inventive hardware solutions have tapped into, Linux is likely to bring a slew of new hardware devices to market during the next calendar year.

The Cloud and Linux

Although Linux is popular in the technical community, it is going to continue to increase in popularity in line with the open-minded tendencies of 2022. As cloud-based technologies and the Linux system are so interconnected, the Linux system is expected to grow with the prevalence of cloud-based alternatives. The tendency is going to last during the following years and is guaranteed to be among the greatest Linux tendencies of 2022.

Chrome OS has transformed into the most flexible operating systems available in the market. Chrome OS just obtained the ability to connect to Google's Play Store and run just about any Android app, giving users one of the most strange web-centric experiences possible. Taking into consideration the improvements on the operating system, it is soon going to be on a quick surge toward possibly becoming the most flexible platform capable of running Android and Linux software.

How to Become a Linux Developer?

Let us take a look at the required skills needed to make a career as a Linux Developer.

The first and foremost thing which you need to learn is C Programming. Most of the parts of Linux are written in C. If you want to contribute low-level parts of the system, you should know the assembly language as well. However, initially, it is important to learn the C language.

To become a Linux Developer, you should have a fundamental knowledge of Data Structure and Algorithm. An algorithm is basically a step-by-step approach to solving a particular problem. On the other hand, data structures work on organizing data. Both these concepts help the programmers to solve a problem within minutes.

Now that you have acquired some knowledge of the program, the next thing on your to-do list should be to learn everything about the operating system.

Opportunities and Salaries of Linux Programmers

When it comes to a Linux profession, you have two choices: you can either work towards becoming a developer or you can go into administration. Furthermore, the professional options are not limited to the Linux platform; they encompass a wide range of applications.

The following are the areas where hiring managers are looking for hiring Linux developers:

Linux is a Unix-based open-source operating system. Linus Torvalds was the first to introduce Linux. The primary goal of Linux was to give a free and low-cost operating system for people who couldn't buy Windows, iOS, or Unix.

The Linux Kernel is a low-level software system. It is used to keep track of resources and give a user interface.

LILO denotes Linux Loader. It is basically a Linux Boot Loader which loads Linux Operating System into a main memory to start execution. Most of the computer systems are featured with boot loaders for certain versions of Mac OS or Windows OS. So if you want to use Linux OS, you have to install a special boot loader for it.

When a computer gets started, BIOS conducts some initial tests and transfers control to the Master Boot Record. From here, LILO loads the Linux OS and starts it. The benefit of utilizing LILO is that it enables a quick boot of the Linux operating system.

4. What are the basic components of Linux?

The following are the basic components of Linux:

5. Which shells are used in Linux?

The following are the most common type of Shells used in Linux:

Swap Space is the extra space utilized by Linux to temporarily keep concurrently running processes when RAM space is insufficient. When you start a program, it is stored in RAM so that the CPU can quickly retrieve data. If you have more running programs than RAM can accommodate, the Swap Space is used to store these programs. The processor will now search the RAM and Swap Space for data.

Swap Space is used in the form of an extension of RAM by Linux.

7. Differentiate between DOS and BASH.

8. What command would you use to find out how much memory Linux is using?

The following are the commands that you can use:

9. What is file permission in Linux?

The following are the three types of permission in Linux:

10. What are inode and process id?

inode is a unique name provided by the operating system for each file. Similarly, the process id is also a unique id provided to each process.

11. What are the Linux Directory Commands?

Given below are the five main Directory Commands in Linux:

Virtual Desktop is a feature that allows users to use the desktop beyond the screen's physical constraints. Virtual Desktop, in essence, generates a virtual screen to extend the capabilities of a regular screen. There are two ways in which Virtual Desktop can be implemented:

In the case of Switching Desktops, you can execute programs on separate virtual desktops. Each virtual desktop will act as a separate desktop, and the apps running on each of these desktops will only be accessible to the individuals who are now using that desktop.

Oversized Desktops don't have a separate virtual desktop, but they do let you pan and scroll around a desktop that's bigger than the physical screen.

Given below are the three modes of vi editors:

A daemon is a computer application that runs in the background to perform functions that aren't available in the standard Operating System. Daemons are typically employed to operate services in the background while avoiding direct interaction with users. Daemons are responsible for handling periodic requests and forwarding them to the proper programs for execution.

15. What are the various process states in Linux?

Given below are the process states in Linux:

17. What are Process Management System Calls?

The following are the System Calls used to manage the process:

The ‘Is’ command is mainly used for listing the files in a particular directory. The general syntax is:

19. What is the redirection operator?

The redirection operator is used for redirecting the output of a specific command as an input to another command. The following are the two ways of using this:

The tar command is used for extracting or creating an archived file. If you wish to extract all of the files from the sample.tar.gz package, use the following command:

A Latch is a temporary storage device that is controlled by a timing signal which can either store 0 or 1. A latch is primarily used to retain state information and has two stable states (high output or 1 and low output or 0). As long as a Latch is powered on, it can store one piece of data.

22. What is a Microprocessor?

A Microprocessor is a device which is used for executing instructions. It is a single-chip device that fetches the instruction from the memory, decodes it, and executes it. The following are the three basic functions which are carried out by a Microprocessor:

23. What are Regular Expressions?

Regular Expressions are used to find data with a specific pattern.

There is no such particular command for renaming a file in Linux. However, you can use the copy or move command to rename a file.

25. How to write the output of a command to a file?

You have to use the redirection operator (＞) to do this.

26. How to view the list of mounted devices on Linux?

You can view the list of mounted devices on Linux by running the command given below:

27. In Linux, how can we find out where a file is stored?

For this, you can use the locate command.

The following steps will guide you to copy file to a Floppy Disk:

29. How should we identify which shell you are using?

Open the terminal and run:

30. How would you sort the entries in a text file in ascending order?

You can do this by using the sort command.

We hope these Linux command interview questions will help you prepare for your dream job interview and land lucrative job opportunities in this field. To become an efficient Linux developer, you can opt for several online courses like the Full Stack Web Developer MEAN stack course offered by Simplilearn. As a MEAN stack developer, this training will help you progress your career. Throughout this Full Stack MEAN Developer curriculum, you will study top skills like MongoDB, Express.js, Angular, and Node.js ("MEAN"), as well as GIT, HTML, CSS, and JavaScript, to develop and deploy interactive applications and services.