What is Kali Linux: History, Features and Ways to Install 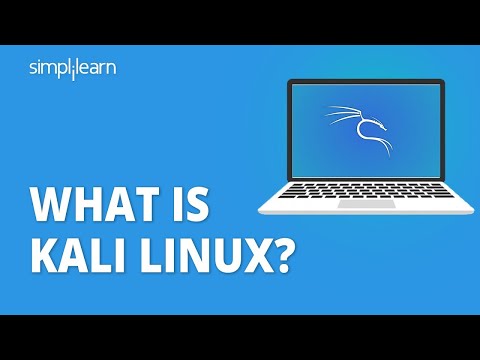 In the world of digital security, penetration testing plays a significant role in securing organizations’ data and even private information. Ethical hacking has become a valuable and a rewarding skill since there is a definite requirement for trained personnel in cybersecurity. Many tools and services have been developed to aid these white hat hackers in their penetration testing exploits, one of which is the operating system known as Kali Linux.

It is a cross-platform solution that is easily accessible and offered for free to information security experts and enthusiasts. Debian has been a very reliable and stable distribution for many years, offering a solid base for the Kali Linux desktop.

To better understand the position of Kali Linux in the ethical hacking world, let us take a look at the history of Kali Linux and its origin.

Kali Linux is based on years of knowledge and expertise in developing penetration testing operating systems gained from previous projects. Because the crew has always been small, just a few distinct developers have worked on each of these projects. As a result, Kali has been in the making for years and has come a long way.

We have discussed what is Kali Linux and learned about its origin. Now let’s look at some of the more prominent features Kali has to offer to penetration testers.

In the next topic of our article on what is Kali Linux, we learn about the variety of ways by which we can install Kali Linux and start our ethical hacking exploits.

There are four distinct ways to use Kali Linux on a personal computer.

With this, we have come to the end of our lesson on what is Kali Linux and its various features and offerings.

With Kali Linux as the go-to Linux distribution for ethical hackers, one must use it with suitable study material. The operating system is very well polished for professional use and personal learning, so the tutorials for the appropriate tools and techniques are recommended to be top-notch as well.

Simplilearn offers a Cybersecurity Expert course to help you get started or develop your career in cybersecurity. There are no notable requirements for this program, and the beginning module will get you up to speed. Because the course concentrates on highly in-demand certification courses, you'll be qualified for the highest-paying professions presently available in the sector. The need for trained cybersecurity personnel is very high, and it couldn't be a more appropriate time to follow through with this program.

If there are any concerns, queries, or suggestions regarding the topic explained, please mention them in the comments below, and we will get back to you with their solutions.

Baivab Kumar Jena is currently working as a research analyst for Simplilearn while being the in-house expert on all things cyber security and online privacy. A computer science engineering graduate, he is well versed with multiple coding languages such as C/C++, Java and Python.