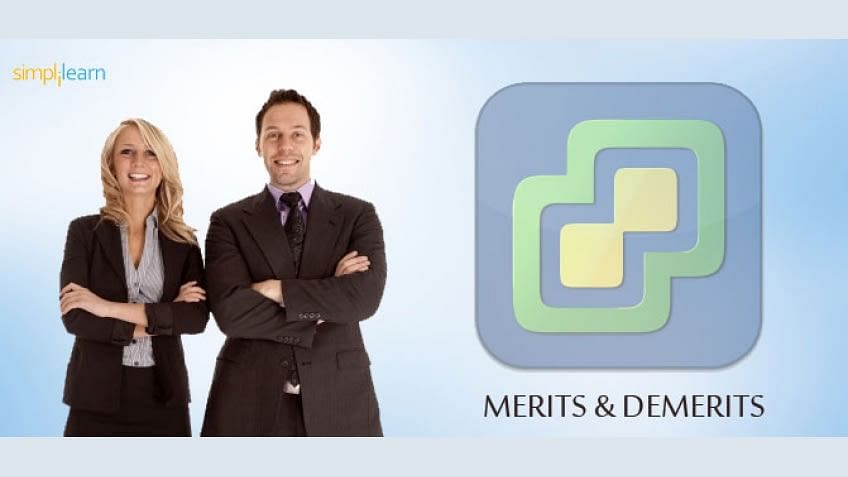 In the tech sphere, the VMware vSphere is wildly popular, mainly because it's considered to be one of the best and effective solutions for cloud computing as well as virtualization. It has the capability of taking cloud computing to the next level, and the VMware vSphere could also make your virtual machine work at its best not only for you, but for your company as well, helping your business succeed. However, despite the fact that there are a lot of benefits that you can get once you implement the VMware vSphere on your virtual host environment, we couldn't hide the fact that there will be drawbacks as well. We're here to discuss some of that. In this post, we're going to give you the merits and demerits of VMware vSphere hosted virtual environment. This would help you determine whether the VMware is the right solution for your company's virtualization needs or not.

The VMware was founded in 1998 and has survived the tides of changing technology ever since. However, that's not all; they also led the industry with the wonderful products they offer. No doubt, the VMware products present a full spectrum management system that's perfect for a Cloud virtual machine. Likewise, in today's world, these are perceived to be something of a gold standard, especially in the virtual machine tech sphere. Considering this, we could say that the VMware has an outstanding track record as it continues to be the leader in the field of virtualization, which could be of great help in a company as it tries to expand into the virtual realm.

One of the greatest advantages to the VMware vSphere infrastructure is the high availability it offers. The high availability helps in managing the virtual machine's availability independently of both the hardware and software layer. Also, because the VM has the ability to operate even in complex processes simultaneously, it has been considered as an important element that could provide a smooth operation for all the remote users. This feature also provides the company's cloud machine with the kind of protection it needs in order to avoid both hardware and operating system failures.

The VMware has been adopted by several companies worldwide. This is because of the superior usability and proven record of VMware offers. To support that, 100% of both Fortune Global 100 and Fortune 100 companies are currently using the VMware technology in their IT infrastructure. Aside from that, most VMware users report a remarkable ROI within the first year of use. This kind of track record given by powerful companies only proves that a VMware hosted environment could really help in improving the company's virtual machine profitability and manageability.

One of the merits that you could enjoy with the VMware vSphere is that it's widely open. This gives the users the opportunity to export and import their virtual machine's images that came from the local environment. This gives the user the freedom to transfer system where they're best suited. Likewise, this is also a great way to prevent wasting your time as you try to set up software and making configuration changes within the server, just to ensure that it'll run smoothly.

Having the ability to move the VM images back and forth is a clear indication that your company is never locked into a specific cloud vendor. This allows the private cloud to become adaptable, even with a public cloud.

Now, we'll move on to the drawbacks of having a VMware vSphere hosted virtual Environment.

Even though the VMware is considered to be the least expensive virtualization option and it has almost all the solutions you need, there' always an option that's more affordable.
So, why would you even pay 5 clams for a virtualization with five features, if it's possible to get a better deal at 10 clams for 25 features. Perhaps, this would be ideal if you don't have 10 clams, but if you do, you'd rather opt for this one, because you'll be able to save more in the long run.

With server consolidation with the help of virtualization, it's possible to have more servers, even with only a few pieces of hardware. Considering this, it'll seem like you'll have more eggs in one basket, but it could also mitigate the reliability and availability of the said server.

Even though virtual server management could get complex at some point, installing a new virtual machine could be quite easy. When you need a new server, you could just simply clone the master image and come up with a new VM and you're all set. However, the problem with this is that, the number of servers might increase in a short amount of time and the admins who are supposed to manage them wouldn't be available the moment you need it. Keep in mind, even virtual servers have physical limits as well, and as soon as you reach this limit, this would make your virtual machine stop.

Virtualization means that there would be a dramatic change in the whole system. Wherein, a new layer of complexity would be added and this causes new problems. However, the main issue would be, if something doesn't seem to work, this would call for extra efforts, just so you could find the main cause of the problem.

Virtualization requires extra hardware resources and it's something that couldn't easily be prevented. Thus, it's almost impossible to estimate the additional resources you're going to need. There are capacity planning guides, as well as a tool, but every piece of software reacts differently in a virtualized environment. Likewise, there are applications that are quite modest when running on physical equipment, but the problem starts once it's virtualized.

Considering that, it's impossible to prevent this issue, especially if you're using a similar application. You have no choice but leave them on physical servers. The only possible solution would be thoroughly testing each application before you even use it.