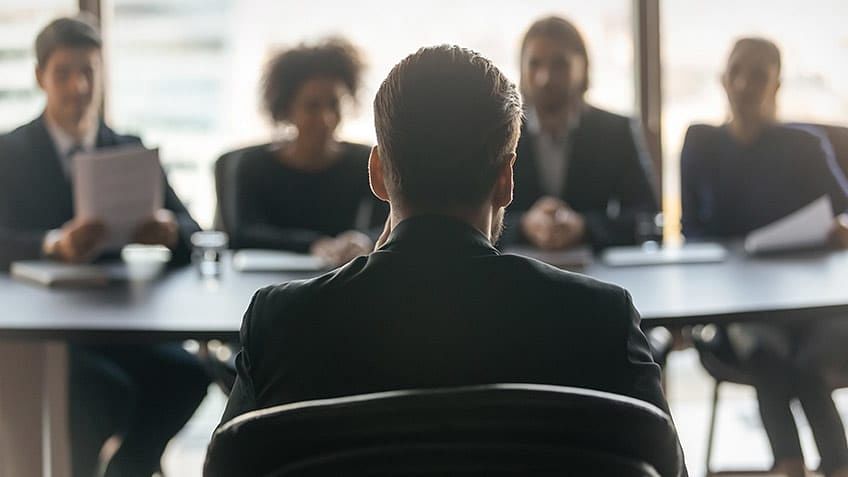 This collection of questions is highly helpful for getting through interviews for a variety of jobs using microcontrollers, including hardware, software, testing, etc. These microcontroller interview questions and answers are an excellent resource for college interviews as well.

1. How are timers and counters different in a microcontroller?

The timer is used to measure internal clock cycles, whereas the counter counts external events.

2. What are the main components of a microcontroller?

Generally speaking, a microcontroller includes one or more of the following:

3. Mention a few applications of a microcontroller?

4. Which of the microcontroller's pins are most useful, along with their functions?

ALE: As Harvard architecture is the foundation of the 8051. The program and data memory are connected externally separately. 16 lines are used to access this external memory, of which 8 lines are used as data lines in addition to serving as lower order 8 lines of a 16-bit external address. We utilize an 8-bit external latch to make these 8 lines function first as address lines and then as 8 lines for data. The control signal for latching the low byte of the address during access to external memory is provided by the Address Latch Enable output pulse.

5.What exactly is a microcontroller?

6. Describe the microcontroller interface with an external EPROM device.

7. Explain the use of serial communication flags and registers in microcontrollers

Serial communication is carried out using SCON, SBUF, TI, and RI. The USART Control and Status Register B (UCSRB) register is used to enable serial communication, meaning that the microcontroller's Tx and Rx pins are prepared to send and receive data. The RXEN bit will permit data reception, whereas the TXEN bit will enable data transmission.

8. What distinguishes a microcontroller's timer from its counter?

Timer counts the cycles of an internal clock while a counter counts outside occurrences. The only meaningful conceptual distinction between the phrase timer and counter is that one. Whether you conceive of it as timing a pause between CPU cycles or as counting off those cycles, it accomplishes the same task.

To answer this question, one must be familiar with the internal modules or building blocks of a microcontroller and how they are used in applications that are related to microcontrollers. Internally, the fundamentals are available in the 8051

10. Create a straightforward microcontroller program that blinks an LED every 10 seconds.

Instruction 2's TRISC sets up PORTC as an output port. In instruction 4, pin 1 of the PORTC is set to 1 (HIGH), then in instruction 6, after a delay of 1000ms, it is set to 0 (LOW). Up until the program is aborted, this process is repeated.

11. What distinguishes a microprocessor from a microcontroller?

While there are many parallels and distinctions between the two, there are also some. Monitoring and controlling applications are the principal uses of microcontrollers. Embedded signal processing and other computing-related applications require microprocessors. The microcontroller contains a CPU, timers, and interfaces. Since a microprocessor is a CPU, it rarely has ports inside of it.

12. Explain the SPI and CAN interfaces utilized by microcontrollers.

One of the most popular interfaces between microcontrollers and peripheral ICs, including sensors, ADCs, DACs, shift registers, SRAM, and others, is a serial peripheral interface (SPI). The SPI interface is briefly explained, and then SPI-enabled switches and muxes from Analog Devices are introduced, along with how they can assist system board designer’s using fewer digital GPIOs. Serial peripheral interface (SPI) is one of the most widely used interfaces between the microcontroller and peripheral ICs such as sensors, ADCs, DACs, shift registers, SRAM, and others. Devices using 4-wire SPI have four signals: Chip select (CS), main out, subnode in (MOSI), main in, subnode out (SPI CLK, SCLK), and clock (SPI CLK, SCLK) (MISO).

13. What is the basic difference between a microcontroller and a microprocessor?

14. What distinguishes assembly-level programming from programming in C for microcontrollers?

One can discuss the benefits and drawbacks of each option as well as how an assembly line of codes can also be called in a microcontroller C program to answer this question. The only advantage of assembly language is smaller, faster code, but memory is now inexpensive; a microcontroller with 16 KB of program memory costs little more than one with 8 KB; and C compilers have improved in their ability to produce smaller code, albeit free ones aren't as good.

15. What are the different types of microcontroller architectures?

Harvard and Von-Neumann are the two types of microcontroller architectures.

16. State whether the given statement is true or false.

17. Mention some types of interrupts in 8051 microcontrollers.

Here are some of the types of interrupts present in the 8051 microcontrollers.

18. State whether the given statement is true or false.

Statement: Trap interrupt has the highest priority in microcontrollers.

True, the trap interrupt has the highest priority in microcontrollers.

ARM processors are widely used in laptops, electronic devices, smart players, multimedia devices, and so on.

1. What are the 3 basic applications of a microcontroller?

Here are 3 basic applications of a microcontroller. They are embedded systems, IoT purposes, and light, and temperature sensing devices.

2. What are the types of microcontrollers?

There are different types of microcontrollers such as ARM, AVR, MSP, 8051, and so on.

3. What are the main components of a microcontroller?

Here are some of the main components of a microcontroller. They are CPU, memory, oscillator, I/O ports, and Serial Bus Interface.

4. Which is the first microcontroller?

Hope this article has given you a thorough understanding about the commonly asked microcontroller interview questions and answers for 2022. If you are looking to enhance your coding skills, we would recommend you check Simplilearn’s Post Graduate Program in Full Stack Web Development. This program is designed in collaboration with Caltech CTME and can provide you with the relevant skills and make you job ready in no time.