Arduino Vs. Raspberry Pi: Which Is the Better Board? 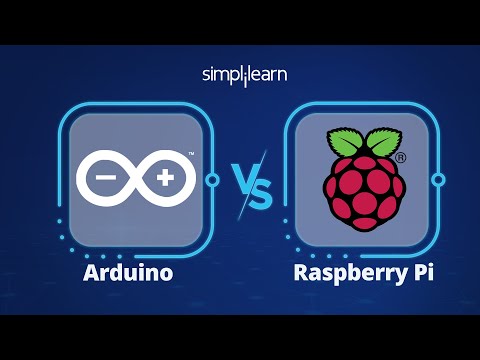 The Arduino and Raspberry Pi platforms have become increasingly popular among those new to electronics and project development. Arduino has been used in millions of projects and applications because of its simple and accessible user interface. Raspberry Pi can browse the internet and stream high-definition video, as well as spreadsheets, word processing, and gaming, just like a desktop computer. Suppose you're unsure about the differences between these two boards, Arduino vs. Raspberry Pi, then you have come to the right place. This tutorial will explain the differences between Arduino and Raspberry Pi.

Audrino is an open-source electronic device that reads and generates outputs based on inputs (such as light on a sensor, a finger on a button, or a tweet, such as turning on an LED or activating a motor). Audrino was developed at the Interaction Design Institute in Ivrea as a basic tool for students who had no prior knowledge of electronics or programming. It evolved to suit new demands and obstacles after gaining popularity.

Arduino boards are microcontrollers, not full-fledged computers with their own operating system like the Raspberry Pi. They just execute C/C++ programs stored in their firmware. The Arduino Integrated Development Environment (IDE) is free software that allows you to program an Arduino board and upload your code to it.

What Is Raspberry Pi?

The Raspberry Pi is a small, low-cost computer the size of a debit card that connects to a monitor or television and utilizes a conventional keyboard and mouse.

It has a dedicated processor, memory, and a graphics driver, just like a PC. It also comes with its operating system, Raspberry Pi OS, a modified version of Linux.

Although the Raspberry Pi lacks storage, you can use microSD cards to store whichever operating system you choose (Raspberry Pi, Ubuntu Mate, etc.). Because the Raspberry Pi has Bluetooth, ethernet, and Wi-Fi connectivity, it may be used to transfer files over the internet. The software and the design of the Raspberry Pi project are not open-source.

Both Arduino and Raspberry Pi have their own set of benefits and drawbacks. The best option for you will be determined by the nature of your job and your budget.

Arduino is ideal for automating repetitive operations such as opening and closing doors, turning on and off lights, etc. Arduino should be your first pick if your project has any repeating elements and requires generating output depending on sensory inputs.

Hope this tutorial on 'Arduino vs Raspberry Pi' has given you a good understanding of the Raspberry Pi and Arduino ideas and their differences. Course certification will benefit you if you plan to study these technologies and work as a developer or programmer.

If you want to study the Raspberry Pi or Arduino and work as a developer or programmer, course certification can help you. Enroll in the Internet of Things (IoT) Course.