My Experience in My Latest Project as Project Manager 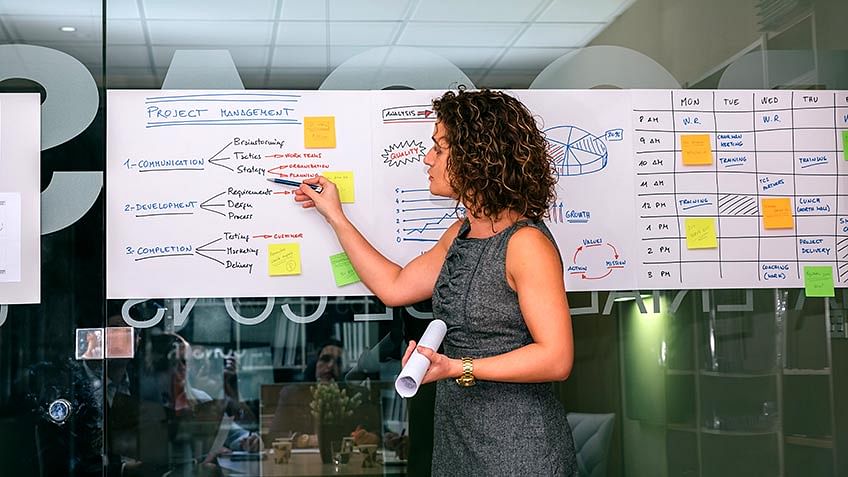 I just came back from South Africa from an assignment, and there was another project waiting for me to join as a Project Manager. The senior project manager interviewed me in another ODC from where this requirement came that; he had the need for a techno PM. I did have a technical background but was more into consulting and Project Management for the past five years. The positive was I had my PMP certification and was thorough on the project management principles & concepts due to my Project Management experience.

The manager gave me a brief of the project and asked about my background; he was convinced and had me start immediately. The client was a banking major in Australia. The project had just begun, and I was handed over the SOW (Statement of Work) along with the HLD (High-Level Diagram) and LLDs (Low-Level Diagram) for the project. It was too technical, and I found it difficult to digest. The very first day, I was introduced to the offshore and onsite team in the Daily Huddle Meeting. The team started talking on the project, and the technical jargon they were using was bouncing over my head.

I met my RM (Reporting Manager) and asked him to give me an overview of the project. He took up a session the next day, which was extremely high level; I was still lost in the nitty-gritty of the project. I called upon the team technical lead and senior architect for a meeting and requested them to give me an overview of the architecture. The lead gave me a good insight into the Project Architecture, demonstrating over the projector how the various applications and technology are interfacing.

The project was an SOA (Service Oriented Architecture) based web services project and required delivery of code for these services and adapters. If you are technical, you might easily understand what technology and architecture were being used in this project. By the end of the first week, with daily huddle meetings and team meetings, I was coming to pace. The next week onward, I started to facilitate the huddle meets between the onsite and offshore. I started preparing the daily MOM (Minutes of Meeting) capturing the individual tasks, daily progress, action items, issues, and dependencies. From this, I derived the so-called 'Action Items Tracker,' which was to be updated daily and circulated to the team.

I was feeling better now. My RM added more responsibilities from the 2nd week. He asked me to send the Weekly Status Report to the Onsite Project Manager from the client-side and every Friday; I have to have a Progress Update Meeting every week with the client PM. Moreover, he gave me a PDF document which was the Project Plan made in Microsoft Project in a draft state. He also gave me a format of the Delivery Schedule from the past projects, and I had to come up with the final version of both documents.

I sat with the senior members of the team throughout the day to come up with the project plan, effort estimates, and the delivery schedule. I had to retake it with the team for iteration on the next day to finalize it. It was difficult though, I broke the project into components as services and adapters, broke it further into sub-components as Design, Coding, Testing - UT (Unit Testing), ST (System Testing). There were further tasks and sub-tasks under each of these. We came up with effort estimate for each of the deliverable as to how much effort by man-days would be required to complete each of these activities with the available resources. I set the start and end dates against each component, sub-component, task, and sub-tasks with predecessors and dependencies against each of these. I also assigned the roles as who will do what with each of them.

Gain an extensive understanding of project management and learn how to manage complex ones with our Project Management training program now!

I reviewed my project plan for the major delivery milestones to optimally adjust resource utilization meeting the target deliveries.  I came up with targets as phase-wise delivery of operations and components. Whoops! It was touch this week, and I was overly challenged! Then came the execution part of the project. I, I had twelve developers offshore, two technical leads, four senior design architects onsite with eight testers. It wasn't a huge team to manage but believe me it wasn't easy too, to manage either.

We had daily targets and dependencies, onsite team yelling at the offshore team, bad quality of code, daily delays, and whatnot. A manager has to deal with situations, especially when the teams are geographically dispersed; the manager has to coordinate well between teams. Here comes the quality of the manager; I had to handle the combat in the huddles meets diplomatically. I reviewed the whole thing and identified the dependencies that are causing the delay. The team was mainly dependent on input from the client SMEs, the design and technical specs from the onsite stakeholders to the project.

A dependency tracker was handy here. By the end of the month, it was time for billing, and the account team started banging on. I had to come up with the detailed effort and resource cost estimates and actuals, complete the Work Order with cost components, and send the invoice to the customer. Well, I finished it finally with the assistance of my reporting manager and inputs from the onsite project coordinator. Team performance was a major concern here as the project was time-critical. Some resources were less experienced, taking a lot of time to deliver; I planned to stretch senior resources from another project to mentor them.

Maintaining leave plans for the team was another project management overhead. The project was using high-end servers and applications for the project, and I had four BAU resources managing it. Server failures was another major challenge; we had three servers pointing to development, testing, and production. Moreover, software upgrades, software installations, deployments tracking, libraries tracking were networking, but project management overheads. I used my delegation skill to assign each of these tasks, update, maintain trackers, and report to me periodically. Well, I was a bit relaxed using this key skill. It wasn't just enough; we had requirements for new resources for onsite and offshore, then came the project management overheads, negotiating resources, managing their visas for onsite resources, on-boarding of the new joiners, gaining access in the secured network, raising requests, closing requisitions.

End of the day, it was time for celebrations when the team had put in great efforts working late, over weekends, and we made a successful first phase delivery. The project was nearing completion, and I started preparing to store the project artifacts and documenting the closure documents with lessons learned. The project was over, and customer accolades were a delight to the team! So, you have seen now the journey of the project.

What were the estimation techniques you used? What are the components of your project plan? How do you use Microsoft Project to plan and track your project? What did you use to communicate with the stakeholders? How did you go for the project closure? Hope you will find all your answers in the above article. I wish you good luck and prosper!