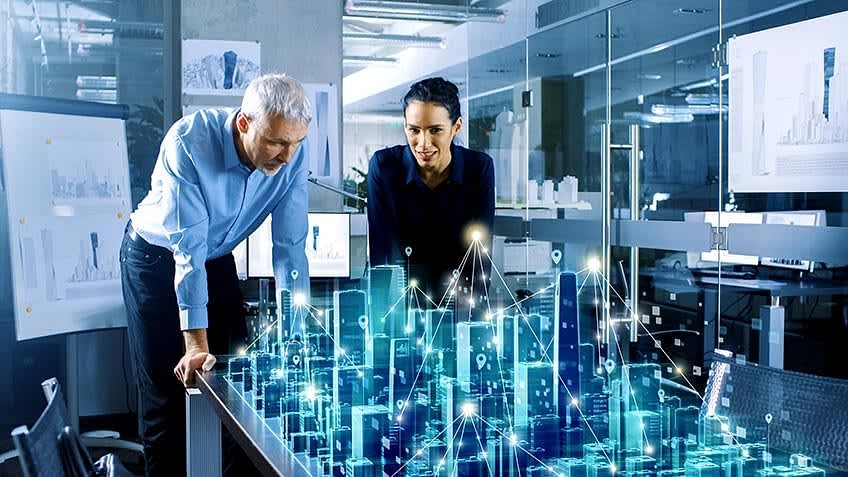 When Jeff Bezos started the retail giant Amazon in the mid-1990s as an online bookseller, could anyone have predicted the size and breadth the company would achieve less than three decades later? Today Amazon sells much more than books, and the company is a powerhouse in ways far beyond e-commerce. It is now big enough to regularly make headlines, set precedents, and help us predict the career of the future.

What Amazon’s Need for Employees Tells Us About Work

Amazon has been based in Seattle since their founding. But last year the company started looking to expand to another city. Amazon made headlines for being so open about their search for a second headquarters, a search they announced in September 2017. They needed another headquarters because they essentially outgrew the city of Seattle.

Although Seattle benefits economically by having Amazon, there’s only so much tech talent the city can provide, and with the severe housing crunch and astronomical housing prices, there is no real room for any significant number of new employees to move to the area. So what do you do when you need 50,000 more employees, but you have nowhere to put them? You open another location.

Being transparent in their search wasn’t the only news-making item, however. After a year of stiff competition between 238 cities, all vying to be “the one,” after the suspense as the short list of 20 was announced, Amazon surprised everyone and scored more headlines by choosing not one city for their second headquarters, but two.

Why this unusual move? Apparently, it was driven in large part by the need for tech talent. Amazon was not going to be able to find all the skilled workers they need in only one city. As USA Today says:

“While Amazon’s request for proposals listed multiple requirements, including tax incentives and a business-friendly environment, in the end the whole reason for the exercise was to aid the Seattle-based company in hiring the best and the brightest talent to keep up its ferocious pace of innovation – even as other tech companies are pushing equally hard to hire those same workers.”

Amazon needs 50,000 new employees and must split their new headquarters between two cities in order to meet their goal. If that’s not proof that tech jobs are where it’s at, what is?

Tech Jobs Are the Jobs of the Future

Amazon’s decision to open two additional headquarters rather than one is yet more proof that we have a shortage of tech workers in the U.S., and that a career in technology is a safe and solid investment in your future.

The cities, one in New York and one in Virginia, will each get 25,000 high-tech jobs to provide all the employees needed by Amazon. To understand what those jobs might be, Business Insider took a look at the jobs at the Seattle Amazon location to make predictions about the jobs the new locations will offer. They include:

That’s a tech-heavy list! (You can see the complete list of 17 predicted jobs and their estimated salaries here.)

What if You Don’t Live in NY or VA?

And what if you don’t live in New York or Virginia? We’re not saying you should move. We are saying you should probably take this news to heart. If you want a career with long-term job security and lucrative pay, tech is the place to be, and Amazon’s decision proves it.

The Bureau of Labor Statistics (BLS) also proves it. The BLS says technology jobs are predicted to grow at a faster rate than any other, at a rate of 13 percent between 2016 and 2026. About 557,100 new IT jobs will be created during that time span. Those jobs are in a wide range of fields. US News and World Report lists the 10 best tech jobs of 2018 with the number of job openings and the median salary, ranging from software developer as the number one best job to jobs like database administrator and web developer.

Get Reskilled for the New Tech Jobs

Don’t think all this opportunity is only for the geeks. If you’re not already working in IT, you still have an opportunity to move into a computer-related job, without a big time or money commitment. Nor does reskilling yourself for the digital economy have to mean going back to school and starting over, or taking on student loan debt. You can get trained for these new tech jobs with certifications, learning at your own pace and slowly building your new skill sets. Vendors like Simplilearn offer hundreds of courses, with an emphasis on hands-on learning, so you earn your certificate ready for the real thing.

Some people joke that Amazon is taking over the world, and in the end, the retail giant might be the only one laughing (all the way to the bank). But whether or not that happens, tech jobs are increasing in number faster than the number of people qualified for the jobs. That could mean it’s prime time for you to get reskilled and launch your own tech career.