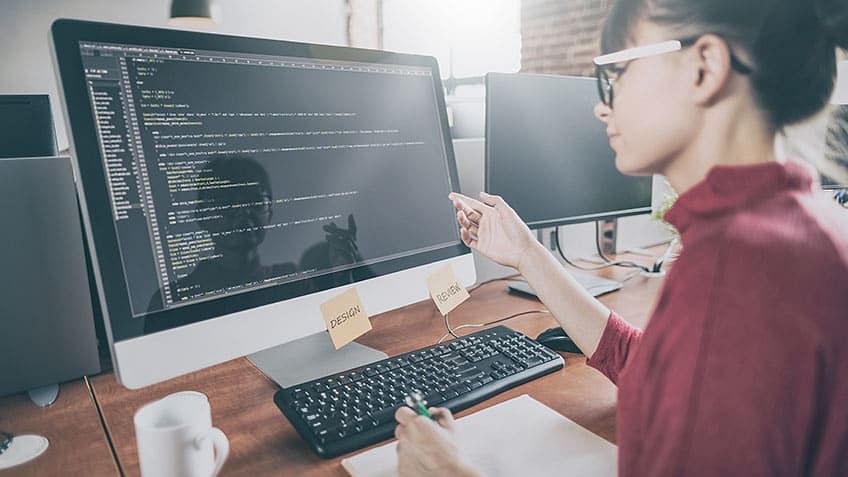 Today, web development and SEO are no longer the only use cases of the programming language Python. With its broad array of software libraries and ability to support diverse programming paradigms, it is reader-friendly and easily scalable for larger applications. If you’re considering a career in Python development, you’re likely curious about the average Python developer salary.

Lately, the growing implementation of Python in emerging fields, such as machine learning, artificial intelligence, Fintech, IoT, and big-data analytics, is driving the popularity of this general-purpose, high-level programming language to new heights.

There is no doubt that Python is one of today's most sought-after scripting languages, but how does its increasing demand translate into Python programming jobs and salaries?

Are you looking for a job change with a decent salary hike? Then wait no more! Enroll in our Full Stack Development-MEAN Program today!

Is Python Development in Demand?

Every programmer knows the fact that python is one of the most popular programming languages around the globe. Despite its popularity, there is a common misconception that Python is not in demand. This couldn't be further from the truth! And the truth is Python is one of the most in-demand languages, and Python developers are some of the highest-paid developers in the world.  According to a recent report, the average Python developer salary in the US is $96,000 yearly.

And there are several reasons behind Python's popularity and demand.

Python is a versatile language among the other programming languages that can be used for web development, scientific computing, artificial intelligence, and more.

Python is relatively easy to learn, which makes it a good choice for beginners and experienced developers alike.

Python is used in industries like finance and web development. It can be used for everything from building web applications to creating desktop apps and even server-side web applications.

The rise of AI is the key factor driving increased Python development. Because Python is a widely utilized coding language in AI.

Multinational tech companies are continuously looking for professionals skilled in the Python programming language, and this is pushing searches for Python jobs; salary-related searches are also getting pushed to the top of popular job portals. The roles of a Python developer vary from Data Scientists to Application Developers, Sys Admins to DevOps Engineers, and Web Developers. The following is the average Python developer salary for these different roles:

Python Salary With Respect to Experience

The average junior Python developer salary, which may also be classified as mid-level, is 117,940 USD/year.

Python Developer Salary in the US

As a Python developer, you can expect to earn a good salary in the United States. But your exact salary will depend on a number of factors, including your experience, location, and the specific company you work for.

In general, Python developers in the US can expect to earn an average salary of around $96,000 per year.

So, what is the average Python developer salary in the United States? Here is a breakdown of salaries by city:

As you can see, there is a wide range of salaries for Python developers in the US.

Python developers are in high demand in India, and their salaries reflect that. In general, Python developers can expect to earn salaries in the range of  ₹4,00,000 to ₹8,00,000 per year, but they are depending upon their experience and skills.

The Python programming language is commonly used to develop web applications, websites, medical tools, desktop apps, GUI, back-end APIs, and network servers. What's making this highly-scalable programming language even more appealing these days is its use in machine learning and artificial intelligence applications. The following are some of the top reasons to earn a Python certification:

1. Is Python in demand in the USA?

Python is a very popular programming language around the world and the USA is not an exceptional one.

2. What is the starting salary for Python Developers?

3. What is the highest salary for Python Developers?

As a python developer, you can earn up to 8 lakhs per annum.

4. Which pays more Java or Python?

Both java and python are well-paid programming languages but somehow python developers get paid more than java developers.

5. Which coding language has the highest salary?

These are the top five highest- paid programming languages around the globe:

Earn upto 25 CEUs from Caltech CTME and score a new job with an average annual package of 9-10 L after completing the PGP in Full Stack Web Development. Enroll Today!

Programming Language Python is Tech's Next Big Thing, and You Should Be Prepared to Use It

Python has already become the second-most popular language in GitHub, rapidly surpassing its competitors, especially Java. This has led to an increased demand for Python certification worldwide.

Earning a Python certification can ultimately mean job security; however, to land the best-paid programming jobs, you will need an industry-recognized certification from a premier educational institution, like Simplilearn, which the world's leading brands trust. We recommend you check Simplilearn's Post Graduate Program in Full Stack Web Development. This course, in collaboration with Caltech CTME, can help you hone the right skills and make you job-ready.