HomeResourcesSoftware DevelopmentPython Tutorial for BeginnersHow to Become a Python Developer? A Complete Guide

How to Become a Python Developer? A Complete Guide 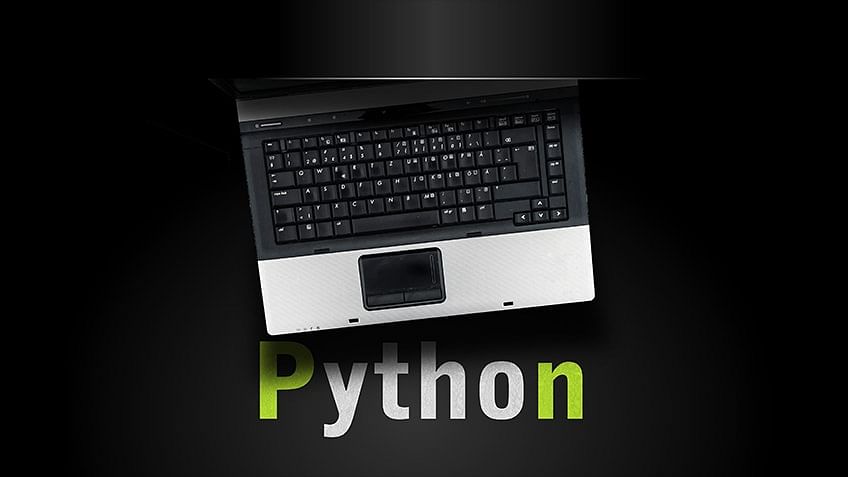 Although Python developers are one of the most sought after employees in the IT market today, there’s still plenty of competition for the choicest positions. Fortunately, there are some easy tips you can use to improve your marketability as a Python developer.

Who Is a Python Developer?

A Python Developer is a member of a software team who is proficient in creating, designing, and delivering computer applications and other programs in Python. A python developer is also responsible for locating and correcting errors (debugging) in Python-based development projects.

Python is an excellent, beginner-friendly programming language. Python developers work on a variety of tasks such as:

Python developers can accomplish a lot with a programming language that is both simple and versatile. This article will help you to know how to become a python developer.

Are Python Developers in Demand?

There must be a compelling reason why top companies such as Google, Netflix, Spotify, and Pinterest use Python for back-end services. When compared to other back-end languages, Python has the following advantages.

All of these characteristics of Python programming piqued the interest of many developers, who chose Python as their first learning language. Python developers now have a large community around them as a result of being the top first choice and breaking the index to reach number one. Employers are eager to hire Python developers as the language grows in popularity. Furthermore, Python allows for data analysis and machine learning with backend development, making Python developers among the highest paid employees in India.

How to Become a Python Developer?

Your GitHub repository also serves as your resume when you are interviewing for a position as a Python developer. Recruiters can look at it on the developer platform instead of you needing to send samples of your work in zip files.

Add your Python projects and practice work to your GitHub repository. Even if it is just a simple code you wrote or an existing code that you have made minor changes. Every piece of work counts.

Although this seems obvious, it bears mentioning anyway. When writing code, make sure others can read and understand it. After all, if recruiters are viewing your code on GitHub, they need to grasp what you’ve done; otherwise, it could count against you.

Fortunately, there are guidelines available to help you write readable code, including PEP 8 style guidelines. They recommend using the following :

Proper documentation helps improve code readability. Keep in mind that you should include a README file within your GitHub repository. The README file should contain introductory information regarding your project: what the project does, the various libraries used, and so on.

The README file is useful for readers who want to learn from your code or try to implement it differently.

Tip 4: Read Other People's Code Around Your Skill Level

There are many people on GitHub who have unique and organized styles of coding. One of the best ways to develop your coding style is to learn from other Python developers. Look at other codes that are similar to your skill level to get an idea of what different styles are out there.

Even if you are an experienced Python developer, there’s always something new to learn. And you’ll find plenty of new material in Python coding books. The more you know, the more your confidence increases.

Here are some of the most popular books on Python:

If you want a reliable way to enhance your Python experience and stay competitive, grow your skillset. In addition to reading books on the subject, you should understand how to work with some of the following Python libraries:

While learning all of the libraries would be ideal, you can still make significant progress by mastering at least a couple. Create projects based on what you learn in these libraries, and add them to GitHub for others to see. This practice improves your GitHub repository and helps you retain the new knowledge since the best way to remember further information is to start using it immediately.

It is never enough to learn a language; you need to practice with it. Some of the most crucial Python applications are in the fields of Artificial Intelligence (AI) and Machine Learning. Learn the various algorithms used in these areas and implement projects using them.

Here are some standard algorithms to learn:

Learn and list these skills in your GitHub repository to increase your value as a Python developer.

Writing code and creating projects is not enough if you want to become a Python developer. You also need to accept freelance projects from others. Whether they are paid or unpaid, having completed projects in your repository will pay off in the long run.

You can search for freelance work as a python developer on these sites:

You can look up others' repositories in GitHub and make contributions to their associated projects. This practice shows that you have what it takes to be a team player by adding value to existing work.

Some popular open-source Python projects you can contribute to include:

Tip 10: Start a Blog and Write about What You Have Learned

A blog adds credibility to your profile. You can write about how you started as a beginner, your journey to where you are now as a python developer, what materials you used to collect information, what projects you worked on, and so on. As a result, recruiters can glance at your profile and quickly learn your coding style.

Just because you have mastered the language doesn’t mean you should stop coding. To become a Python developer, you should take out some time every day to write code so that every aspect of Python is at your fingertips. Whether it's simple or complex code, write something every day. You can retain lessons better if you keep using them.

Tip 12: Keep Your Resume and Profile Updated on Job Portals

Make sure your information is up to date on job portals like LinkedIn, Indeed, Glassdoor, and CareerBuilder. Always be on the lookout for Python developer roles on these sites, and keep your resume up to date, so recruiters take notice.

Key Skills a Python Developer Must Have

How Much Does a Python Developer Earn? (India and USA)

Python's popularity among developers has increased with each passing year since its introduction. Python's future appears to be promising and full of opportunities. This growth contributes to a significant increase in the salaries of Python developers in India

A python developer's annual salary in India is 573,233. This range could range from a high of 1 million per year to a low of 241k per year.

1. What qualifications do you need to become a Python developer?

2. How long does it take to become a Python developer?

In general, learning the fundamentals of Python takes between two and six months. However, you can learn enough to write your first short programme in just a few minutes. It can take months or years to master Python's vast array of libraries.

3. How do I start a career in Python?

4. Is it hard to become a Python Developer?

Because Python is relatively simple and intuitive to learn for newcomers, a Python Programming course, online online training, or coding basic training could help you quickly master how to read and write in the language and make you feel like a Python pro within a very short period of time.

These 12 tips can help you become a Python developer in no time. If you’re new to Python and need some help gaining skills, try Simplilearn’s Python Training Course. It is an all-inclusive program that will introduce you to the language and prepare you for a career as a professional Python developer.