Rising to the Challenge: An Update From Our CEO

AI and Machine Learning Technologies: What They Mean For Federal Agencies

Working With the Tools of Industry 4.0 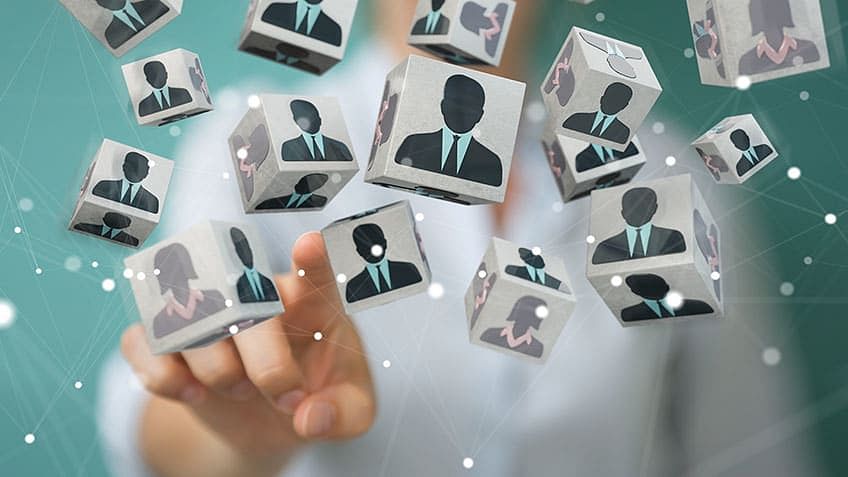 For so many years, conventional wisdom declared that you couldn’t get a good job or a meaningful career until you went to college and earned your degree. On some level, it made sense. If you went to college and got a degree, you gained knowledge and skills in your chosen field and showed a prospective employer that you had the discipline to stick with something for four years.

However, there has been a gradual shift in the way companies hire new talent. Corporations and organizations are distancing themselves from degree-based hiring in favor of merit-based or skills-based hiring.

In June of 2020, the United States government joined the move from degree-based hiring when it released the Executive Order on Modernizing and Reforming the Assessment and Hiring of Federal Job Candidates. The order cites America’s private employers modernizing their recruitment practices by embracing competency- and skills-based hiring and explains that the Federal Government needs to follow suit and adopt a more efficient hiring approach.

This move by the United States is a game-changer in job recruiting and may serve to accelerate the widespread adoption of skills-based hiring across many private industry sectors. Before too long, rather than asking what school a candidate attending, interviewers will be more interested in what skillset the candidate possesses.

Naturally, this movement also affects people looking to start a new career and may force would-be job seekers to rethink their long-term strategy. We will look at how this shifting paradigm will affect employers and employees alike.

A Look at Skills-Based Hiring

Skills-based hiring isn’t a freshly minted 21st-century concept. Since World War One, the military has employed aptitude tests to ascertain what skills a recruit brings. The New Options project in New Mexico coined the term in 2012, and Albuquerque, NM launched a skills-based hiring pilot program in 2013.

Skills-based hiring is defined as businesses and organizations’ practice of creating specific skills or competency requirements or targets. These skills and competencies can be traditional cognitive subjects such as reading comprehension or math, or less tangible professional skills, also "soft skills,” like “organized” or “good with people.”

We often find the term “merit-based hiring” referenced in conjunction with skills-based hiring. Also known as “selection on merit,” it’s a process of determining which candidates have the abilities, knowledge, and skills considered the most suitable for the job. The merit-based system obliges applicants to compete for the position, which generally includes a written application, selection interview, and any associated testing.

You can make a good argument for skills-based hiring being a subset of merit-based recruitment. The former focuses almost exclusively on the applicant’s skill set, while the latter considers additional factors as well.

Degree-based hiring effectively rules out a significant number of candidates, and this is not necessarily a positive thing. According to this policy briefing, an increasing number of jobs once available to candidates with a high school diploma are set aside for candidates with college degrees.

The study also says that degree-based hiring rules out about 70 percent of American adults over the age of 25 who don’t have a degree. There is even a differentiation among pools of degree-possessing candidates, where the business focuses recruitment efforts on Ivy League or other top-tier institutions. This sort of elitism rules out most of the otherwise qualified candidates since only 0.4 percent of American undergraduates attended an Ivy League school.

The growing idea is that a college degree is not absolutely necessary to get a good job, nor is it an ironclad guarantee that the graduate will unfailingly find the best job and easily get hired for it. With more people on both sides of the interview table reaching this conclusion, it’s becoming increasingly necessary to consider qualifications beyond merely having a diploma.

This new trend doesn’t mean that there isn’t merit in having a college degree—the shift means that enforcing a degree requirement could potentially deprive a business of an otherwise qualified, hard-working hire. However, today’s potential hire has various alternative resources to acquire the necessary skills for their dream position. There are many new learning paths available today, everything from do-it-yourself independent study to online training and certification programs, economical alternatives that aren’t as time-consuming or restrictive.

How Will This Impact Hiring and Job-Hunting?

As more companies seek to bring more diversity into their workforces, shifting to a skills-based or merit-based hiring model opens up a larger field of applicants, many who doubtlessly possess the skills, drive, and aptitude to excel in the positions equally as their degreed counterparts. By removing the degree requirement, businesses dispense with a filter whose effectiveness was never absolute. Who knows what valuable employees a company may have passed up because the candidate didn’t finish college, or attend it in the first place?

Removing degree-based hiring levels the employment playing field and deserving, qualified candidates have a fair shot at the position.

For those seeking one of those positions, the shift away from degree-based hiring is a boon. A college degree is always a good thing to have. Still, rising education costs and a disconnect between academia and today’s commercial world makes the investment of time and money a bit less rewarding.

After all, if you can bypass college and still get that dream job by taking a few relevant online courses, then why not? The savings of time, energy, and of course, money is immense. A good online certification course also mitigates risk for both parties. If someone wants to become a business analyst, they can take the proper certification courses and learn everything they need. On the other side, the hiring party gets a verifiably certified candidate who has the appropriate skills.

Is This the Way of the Future?

While specific fields and careers will always require extensive training from higher learning (doctors, attorneys, and research scientists spring immediately to mind), the shift away from degree-based hiring will ultimately prove easier on all parties concerned. In a world beset with economic uncertainties ranging from market volatility to global pandemics, any cost-effective measure that guarantees a good hiring fit while not sacrificing quality will be eagerly incorporated.

College educations are good things for those who have the time, opportunity, resources, and inclination. But not everyone has those elements, and companies are waking up to the idea that degree-based hiring is potentially depriving them of qualified candidates. Skills-based hiring is a great equalizer, and no one should be surprised when it becomes the default recruitment method.

Simplilearn offers a unique Blended Learning approach to training, combining the best of live instructor-led sessions with self-paced materials, for the most sought-after technologies such as AI, machine learning, and business data analytics. Check out our online corporate training programs and learn how Simplilearn can help you close the skill gap.