HomeResourcesSoftware DevelopmentSmart Tools: A Look at IoT Through Apple's Eyes 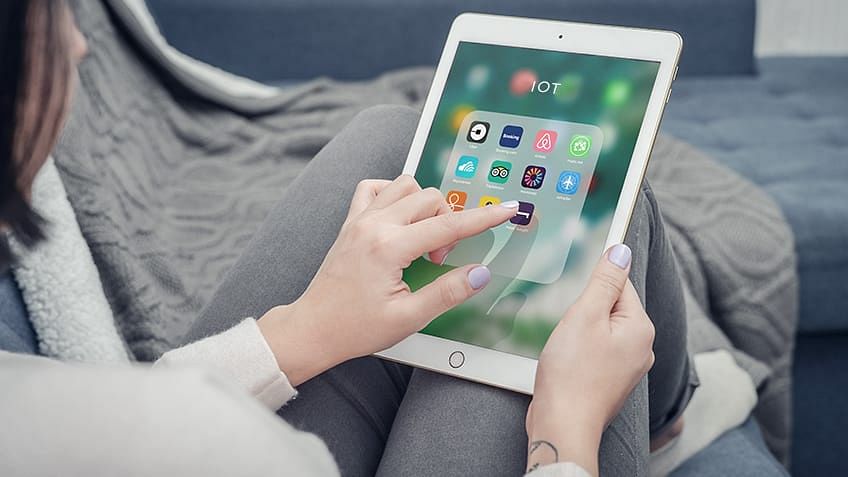 Apple’s iPhone dominates the company’s corporate news and earnings calls. What is interesting, however, is that over the last five years, Apple has been slowly introducing new hardware, software, and services to lay the foundation for the explosion of the Internet of Things (IoT) solutions. Let’s dig into how Apple will support the IoT.

Companies such as IBM, AWS, and Microsoft have all been particular about their definition of the Internet of Things: you have a device (such as Raspberry Pi) that uses software (such as Linux) that you connect via a wireless protocol (Bluetooth) to services in the cloud.

Apple isn’t defining IoT in the same way. Apple’s approach is this: we will give you something such as an Apple Watch and do the hard work of connecting it to services and other devices. All you have to bring is your idea of how you want to extend the Apple Watch. Oh, and we will give you an operating system (such as watchOS), a choice of network protocols, and tools to connect to the cloud. In short, Apple is taking the complexity out of building IoT solutions.

Apple’s play into IoT has been slow, consistent, and deliberate. In many ways, you can summarize the work they are doing through the hardware they release, namely:

The approach Apple has long taken is that it is easier to use a single device as a bridge. For instance, the iPhone is a bridge device that makes it easier to connect to other devices through Bluetooth, WiFi, and an NFC connection. The first series of Apple Watch was, in many ways, a complex extension of the iPhone.

Today that has changed. The Apple Watch, like the iPhone and iPad, is now a genuinely standalone device and can now perform the role of a bridge. Two examples of the Apple Watch behaving as a bridge are with AirPods and Emergency SOS services. The AirPods are increasingly sophisticated and can wirelessly extend the functionality of the Apple Watch. The wireless extension will be expanded upon in the future with additional hardware from Apple and third parties (quite likely through a software kit). The Emergency SOS services feature illustrates the WatchOS connection to cloud services.

What Apple is now doing is feeding the market with an ever-expanding collection of smart peripheral devices. Each device is moving through the same evolution as set up by the iPhone:

All of Apple’s devices evolve in this way. With each step comes increased complexity — and opportunities for developers to build their own extensions.

The first step for Apple is to build hardware. In many ways, the device exceeds the functionality of the software. A good example is the current iPad Pro. It took a year for the core operating system to catch up with the hardware. The good news is that software can be continuously updated. Apple has three models for ensuring that the software is running at peek performance. They are:

The core operating system powering most of Apple’s devices is iOS (there are variations to iOS like: padOS, tvOS, and watchOS). From an IoT point of view, iOS is loaded with tools you can use. For example, HomeKit is a toolset that makes it easier to centrally manage IoT devices in your homes such as lightbulbs, smart ovens, and heating/cooling.

When iOS is not able to meet your needs, there are many ways in which you can extend the device with cloud services. Google Cloud, AWS, and Microsoft Azure all support a broad range of IoT services that can augment iOS powered tools.

Software and services are two critical components, but connectivity is what binds it all together. Apple’s devices support a broad range of connectivity that, as a developer, you can leverage including:

The bottom line is that Apple wants developers to have a broad choice of network connectivity. You use the services for what you need.

Apple provides a launchpad from which you can build IoT solutions. Devices that you can use today include:

In many ways, the options you have with devices connecting through the Apple ecosystem is limitless.

Apple’s IoT future — Look at What Amazon is Doing

This may be surprising, but the future for Apple is, in many ways, being paved by Amazon. Amazon is the leader for cloud services, and its adaptation of Android, known as FireOS, is used for tablets, TVs, and many smart devices. Also, Amazon is making connecting devices increasingly easier. For instance, the latest generation of Echo devices only requires connectivity to the Alexa app on your phone to instantly connect to your home network in one step.

Apple is likely watching what is successful with Amazon (such as the Echo) and how Amazon is experimenting to find and explore new ways to connect with its customers, such as with smart ovens.

In the end, all eyes are on the same prize, customers. In fact, many of the big IoT players, including Apple, have joined the Zigbee Alliance to push for open standards in IoT.

Want to Work in the Exciting Field of IoT?

If you’re interested in starting a career working with IoT, Simplilearn’s Introduction to IoT Training course is a great place to start. However, the Internet of Things touches every digital technology there is today. You could choose to tackle IoT as a certified Cloud Computing professional or become a professional who draws insights from the massive amounts of data generated by IoT as a Data Analyst. There are so many professional opportunities the IoT is creating, and Simplilearn most definitely has a learning path for you to get started or move your career to the next level. To learn more, please check out our other resources, too.