HomeResourcesSoftware DevelopmentHow to Become iOS Developer in 2023: Who Are They, Salary and Skills

How to Become iOS Developer in 2023: Who Are They, Salary and Skills 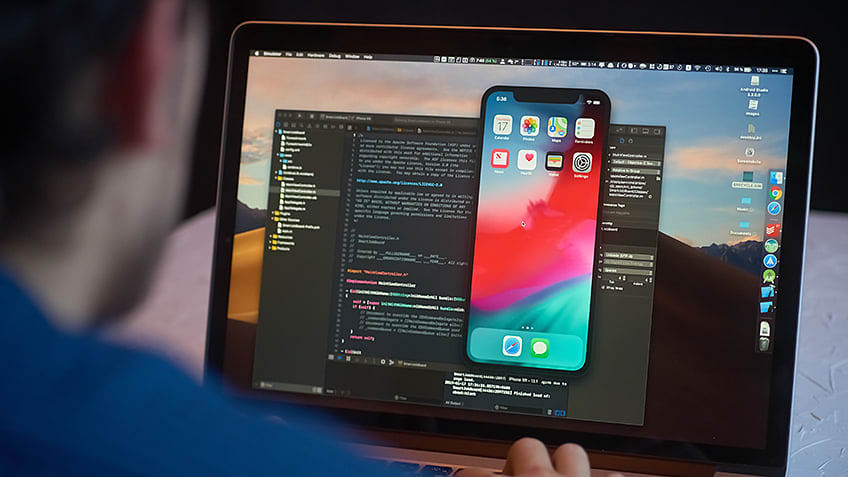 There are several factors that budding software developers should consider before choosing a career path. One of the top considerations is salary and career growth. In terms of earning potential, iOS developers rank among the top paid IT workers, with an average nationwide salary of $114,614 . In order to thrive in this industry, there are certain iOS developer skills you’ll need to master.

Given these numbers, it is no wonder that many software developers choose iOS software development as their chosen career path. For those that choose iOS development, there are several paths that you can follow; but in this article, we’ll focus on the skills required. But first, let's answer the most fundamental question.

Become a qualified Apple mobile app developer and get on the ins and outs of the iOS 10 platform with the Certified iOS App Developer Training Course.

What is an iOS Developer?

How to Become an iOS Developer

If you do a little bit of research, you’ll come across an iOS skills matrix, like the one shown below. This particular iOS skills matrix is a compilation of the skills one should have at different levels on the way to becoming a senior iOS developer. The matrix is precise enough to give you an idea of the iOS developer skills you need to have but, at the same time, vague enough to avoid canonizing any one area of knowledge. In other words, it is meant to be used merely as a guide to help you chart your path.

In this article, we’ll go through the foundational iOS skills that are necessary to learn if you want to become an iOS developer and get a job or build your iOS apps.

For example, you can build iOS apps using Java programming skills and also use those same java programming skills to develop for Android, Mac, Linux, and Windows. If you face time or budget constraints and you anticipate that you may sooner or later pivot from iOS development to other platforms or ecosystems, then training and preparing for a java exam is an excellent option to investigate. However, if you love software development and also have the time and budget—but still anticipate that you will want to venture into other ecosystems besides iOS—then back-end, front-end, or full-stack developer training may be a better option. You could, for example, learn to build an iOS application that runs on Angular, which is a part of the MEAN stack.

The best steps to take in learning Swift and the iOS platform is to build on a solid foundation, starting with the basics of Swift and then to move on to advanced concepts and finally to the iOS platform. The thinking behind this approach is that most iOS developers often try to learn both Swift and iOS at the same time but usually end up getting confused and not understanding either.

In this light, the best-recommended path to follow is to learn the following:

Why Choose When You Can Learn It All!

After learning Swift, the next step is to study the vast iOS platform that is comprised of different design patterns, frameworks, and other technologies. Even if you decide to pursue a programming language other than Swift to develop iOS apps, you will still need to understand how things work in the iOS ecosystem.

With this in mind, some of the fundamentals that you will need to learn in the iOS platform include the following:

If all of these concepts and tools sound like a foreign language to you right now, don’t worry about it. Simply start by gaining an overview of the different tools and design models, and you will find that familiarity will become second nature.

It’s also important to mention that SwiftUI recently replaced all of the above tools contained in the UIKit, which was a framework introduced at the Apple Worldwide Developers Conference (WWDC) in 2019.

After you understand how to code and the environment that you use to build your iOS apps, it’s now time to expand your knowledge into other areas that will give your apps a professional polish. Understanding these areas is what will give you the opportunity to grow your skill level and eventually become an expert.

There are many areas of knowledge that you can branch out into. Have a look at the iOS skills matrix above to get an idea of the things that you need to know. Also, understanding the following areas of knowledge will have a massive impact on your iOS development journey:

Learn iOS Skills and Get Started on Your iOS Developer Career

Becoming an iOS developer is no easy task. It takes time, patience, and determination to become proficient at the job. Luckily, there are plenty of resources, including training courses, that can help you on your path to becoming the developer that you want to be. Simplilearn’s iOS Developer Certification Training is a great option and will help demonstrate your knowledge to prospective employers. If you take the time to learn the iOS developer skills mentioned above, you will be well on your way to gain from all the promise that becoming an iOS developer has to offer.