HomeResourcesIT Service and ArchitectureStudent Spotlight: Inspiring Story of Career Transformation Through a Certification

How to become a Certified ITIL Expert

Student Spotlight: Inspiring Story of Career Transformation Through a Certification 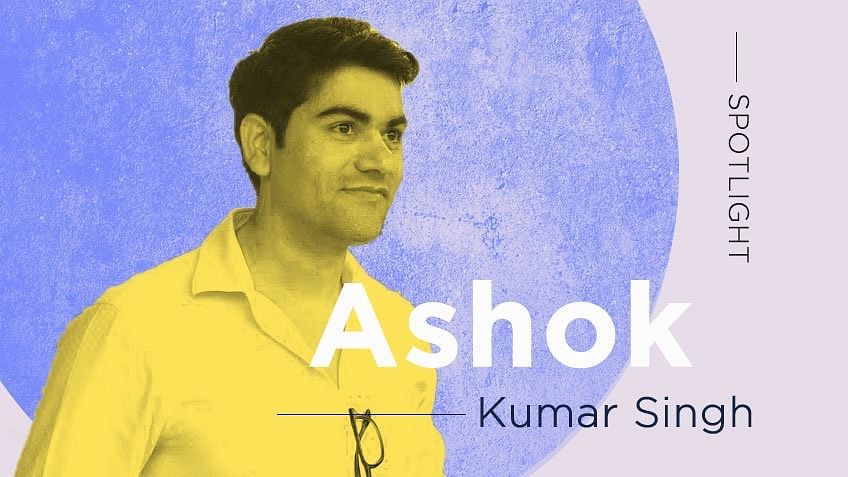 The Challenge
The Simplilearn Solution
The Result

The global market is rapidly shifting from traditional IT services (ERP, application development, and software maintenance) to digital technology. Companies are on the lookout for professionals who are trained in the new-age technology and can add value by supporting their projected growth. The current market requirements are gradually moving towards digital transformation, which requires different skill sets, including analytics, artificial intelligence, data science, agile project management, Internet of Things, and mobile technologies, among others. "Upskill or perish" is the new tagline of the digital world. This also means employees' jobs aren't very secure unless they are up-to-date and aligned on the latest technologies and digital skills.

Meet Ashok Singh, a Project Manager at TCS, who shares his inspiring story of career transformation from a Business Analyst to an IT Services Project Manager.

With over ten years of experience, Ashok started his career as a Business Analyst in the anti-laundering department of the Bank of America and switched between multiple job roles over the years. After working more than a year in the Bank of America, Ashok joined Quatrro Analystics and Management Services where he worked as a Senior Business Analyst for two-and-a-half years. His role was to provide solutions to business problems and advance his company's sales efforts, with defining, analyzing, and documenting requirements. He then joined Agilis International as a SAS Developer, where he dealt with data storage and management issues in both new and continuing projects within the department.

Later, Ashok joined TCS as a senior SAS Programmer. He was assigned multiple job profiles at TCS, and worked as a Lead Business Analyst and Agile Scrum Master in Amsterdam and Norway, respectively.

Ashok decided to change his career path and move to the IT services industry in March 2018. He returned to India and transformed his career by becoming a Scrum Master.

Since his background was not primarily IT services, he was facing multiple issues and hurdles in understanding the terminology used in the IT services field. Due to this, communicating with business stakeholders was a challenging task for Ashok.

It was then that he decided to upskill with industry-specific certifications. After researching his options, he decided to pursue training in ITIL. He then contacted his colleagues and friends who had taken ITIL courses from various training providers. In October 2018, one of Ashok's friends and Simplilearn alumnus referred Ashok to Simplilearn's ITIL Foundation course. Ashok went through the study materials of multiple course providers and course content but liked Simplilearn the most.

He found the course content far more interactive, structured, and comprehensive. In his feedback about the course, Ashok said, "the curriculum covers all fundamental concepts in the service management framework to support candidates studying for the ITIL Foundation Certification Exam. It is designed to provide a more practical viewpoint to the ITIL lifecycle with best practices from other complementary platforms such as Agile, DevOps, and Lean."

When asked about what he liked most about Simplilearn, Ashok says, "Trainers. I was initially nervous, but when I started learning, I found that the faculty are knowledgeable and supportive. They were always ready to address doubts. We also created a WhatsApp group where we posted and resolved our doubts". The real-life examples they quoted were so relatable. The simulation exams and industry projects helped Ashok to gain in-depth knowledge about the management of new IT-enabled services, including key concepts and universal language used in the ITIL service lifecycle. He also earned SAFe Agilist Certification and PMI-ACP Certification from Simplilearn.

The simulation exams and industry projects helped Ashok to gain in-depth knowledge about the management of new IT-enabled services. These included key concepts and universal language used in the ITIL service lifecycle. He also earned SAFE and PMI-ACP certifications from Simplilearn.

In Ashok's words, "I would recommend Simplilearn to people who want to achieve something in their career. Do some certifications, keep learning, and grow in your career."

Can Business Analyst be a Project Manager?