Student Spotlight: Teen Prodigy Gives Back to the Community

By SimplilearnLast updated on Jun 3, 2021 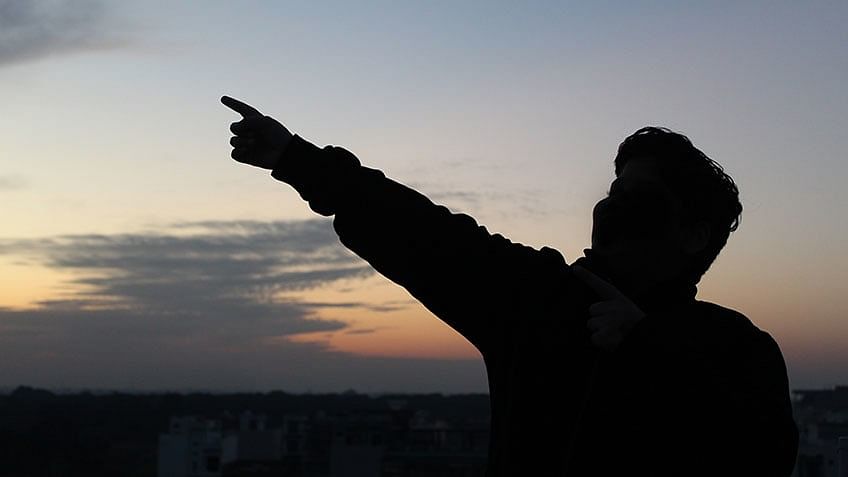 In many ways, Hassan Ali is just like any other 9th grader. The 14-year-old from Hyderabad, India enjoys spending time with his friends and works hard to finish his homework before 5:30. But, while most kids his age are playing video games or texting with their friends, Ali spends his evenings teaching key engineering skills to others—many of whom are easily twice his age. He’s fond of the “genius” moniker given to him by his friends, but remains humble, saying he teaches others without pay as “an act of gratitude toward God.”

Like any good teacher, Ali understands the importance of constantly learning new skills himself. Although he teaches AutoCAD and other engineering design applications, he is passionate about learning data science and artificial intelligence (AI).

“Since data science comprises mathematics, statistics, and computer science, I wanted to gain a professional learning experience of studying and evaluating data,” Ali said. His hands already full with his regular school work and evening instruction sessions, he needed something flexible to fit his schedule. Simplilearn’s Data Science Certification Course and Artificial Intelligence Course were just the right fit.

The teen genius from Hyderabad is just getting started, and no doubt has a bright future ahead of him. We’ll take a look at Ali’s educational journey and how Simplilearn’s comprehensive online courses helped him achieve mastery of the exciting data science field.

The Challenge: Getting an Early Edge in Emerging Technologies

Although it probably goes without saying, Ali picks things up much more quickly than the average kid. His father started bringing him to the construction sites where he works when he was just nine. It’s not unusual for parents to bring their kids to work, but Ali would closely observe the building process and started making sense of how everything works. From this early revelation that he possessed an engineering mind, Ali began reading and learning everything he could about emerging technologies.

Inspired by his experiences at construction sites, Ali quickly developed a working knowledge of AutoCAD and other engineering tools used for design and building. From there, he began learning about data science and was motivated by the field’s broad and profound implications for the future. Not only did he learn that data science is being adopted across a wide range of other fields, including health care, banking, and ecommerce, but that it requires a multidisciplinary skillset. By learning data science, he hoped to also master statistics, mathematics, and computer science.

The self-described “average guy” didn’t want to wait; barely a teenager, he knew his future involved the analysis and manipulation of data. Though humble, he was confident in his abilities and determined to gain a professional-level understanding of data science. At just 13, he was ready, and enrolled in Simplilearn’s Data Science Training and AI Training.

The Simplilearn Solution: Professional-Level Course in Data Science and AI

Ali was impressed with the online coursework, which combines live, instructor-led coursework from some of today’s industry leaders with self-paced videos and hands-on projects. Now, he said, he feels confident in his ability to use the R and Python programming languages for various data science applications.

“The learning process with Simplilearn was very smooth,” Ali said. “The instructors at Simplilearn are knowledgeable and they make the complex topics sound simple.”

He also appreciated the support from the program’s mentors, who help students overcome challenges, unlock their potential, and chart their own career paths. Although he’s just a kid, the instructors treated him with the same dignity and respect provided to other students. He also credits his ongoing evolution as a teacher himself to the high standards he observed in Simplilearn’s instructors.

The Results: A Solid Foundation in Data Science

While most kids Ali’s age are just now learning geometry and perhaps algebra, the wiz kid from Hyderabad gained an extensive knowledge of data science and AI that encompasses some truly sophisticated mathematics and engineering concepts. Given his favorable review of Simplilearn’s coursework, he’ll likely complete additional university-level courses before he even graduates high school. Buoyed by good friendships and his own sense of humility, Ali is well-positioned for the future.

“Simplilearn has unfolded a world of new opportunities for me and given me new confidence,” Ali said. “Through this master course, I am learning the technologies of the near future.”

It’s unfathomable to guess how far along data science will be when Ali is an adult and pursuing his professional career, but it’s fair to say he’s likely to be a major player in the field (or whatever he chooses to embrace). For now, at least, he’s content being a kid who enjoys playing sports with his friends and spending time with school mates.

While the successful completion of two Simplilearn master’s programs were some of Ali's proudest moments, he said his biggest life achievement so far was winning a civil engineering competition that a local university hosted in 2018. Given his young age (just 12 at the time), his entry was initially declined; appealing to higher authorities paid off and his entry was eventually accepted. He also designed a server robot using IoT and embedded systems that gained praise from his social media followers.

To say Ali has the world at his fingertips may be an understatement. However, he didn’t get this far by resting on his laurels and he makes it a point to challenge himself each and every day. In fact, Ali is now enrolled in Simplilearn’s AI and Machine Learning Courses, offered in partnership with Purdue University.

No Matter How Old or How Young, Learning New Skills Opens Doors

If you’re twice Ali’s age and still not sure exactly what you want to do with your life, you’re not alone. Nor should you be discouraged from making a major change in your professional trajectory. It’s quite common for people to alter their path or change their career entirely at just about any age, but it also requires the right planning and skills. Learners interested in mastering data science and AI might consider enrolling in one of Simplilearn’s many offerings, including our PG in Data Science, AI Course, or AI and ML Certification. Whatever path you take, remember that world class education is just an internet connection away.

The Growing Role of Data Science and AI in Telecom