Areas to Focus on While Upskilling Your IT Teams

A Guide to IT Salary in India

What is Release Management? A Complete Overview

TOGAF® and the Internet of Things 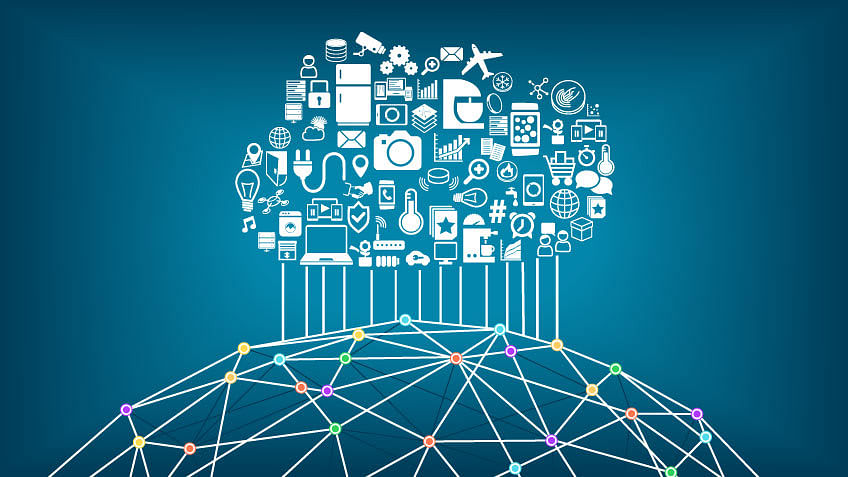 A Quick Introduction To TOGAF

TOGAF® or The Open Group Architecture Framework is maintained by the Open Group, an independent consortium with 400+ organizations. The TOGAF® is mainly intended to provide a structured approach to organizations that seek to organize and govern the implementation of technology. The objective is to employ standardized conceptual frameworks to ensure software development projects meet business objectives.

TOGAF builds on an older framework known as the Technical Architecture Framework for Information Management or TAFIM, which was devised originally by the United States Department of Defense.

What Is The Internet of Things (IoT)?

One of a host of new and convergent technologies, The Internet of Things is a continuously-growing network of objects and devices that feature ports for internet connectivity and possess an IT address. The IoT, as it’s known, links these devices together, and facilitates transmission of data between these devices. The IoT environment allows objects, people, or even animals to transmit data over a network with the help of unique identifiers without any human to human contact or human to computer interaction.

According to the Cisco IBSG or the Cisco Internet Business School, the Internet of Things came into play somewhere between 2008 and 2009, at a time when more objects than people were connected.

IoT's capabilities not only extend to traditional devices like laptops, desktops, and smartphones, but also to a diverse and wide range of devices that are used by people as everyday appliances, with technology embedded in them that will enable them to communicate and interact with the external environment via the internet.

Examples of appliances and devices that can fall into the wide scope of the Internet of Things are thermostats, electronic appliances, speaker systems, cars, security systems, lights, vending machines, and much more.

The cofounder and executive director of the Auto ID Center, MIT, Kevin Ashton, first used the term Internet of Things during a presentation made at a Procter and Gamble presentation in 1999. This is how he explained the concept and its potential:

“Today, computers -- and, therefore, the Internet -- are almost wholly dependent on human beings for information. Nearly all of the roughly 50 petabytes (a petabyte is 1,024 terabytes) of data available on the Internet were first captured and created by human beings by typing, pressing a record button, taking a digital picture or scanning a bar code.

The problem is, people have limited time, attention and accuracy -- all of which means they are not very good at capturing data about things in the real world. If we had computers that knew everything there was to know about things -- using data they gathered without any help from us -- we would be able to track and count everything and greatly reduce waste, loss and cost. We would know when things needed replacing, repairing or recalling and whether they were fresh or past their best.”

The Internet of Things is one of the technologies that is addressed by the Open Platform 3.0. The IoT standards from the Open Group will do for IoT what the HTML and the HTTP did for the web, which is enable everything to be connected instantly. Vendors being able to constantly gather information about the customers from their products throughout their lifecycle enabling optimization of maintenance of operations, and providing safety at a lower cost. It will become much easier for enterprises to monitor and control any installed equipment and integrate it into intelligent solutions.

The Open Group QLM or Quantum Lifecycle Management Work Group works towards providing a framework for the development and consolidation of the open standards that are necessary in enabling the lifecycle management to evolve beyond the traditional limits of product lifecycle management.

​The IoT work-group has been successful in producing two Open Group IoT standards, namely, Open Data Format (O-DF) and the Open Messaging Interface (O-MI), which is currently working on a standard for the lifecycle management of IoT.

The O-DF or the Open Data Format is a standard that represents information which can be explained and understood by all of the information systems work in managing the IoT related data. OD-F can be used while publishing any data by using only an ordinary URL address. The structures can also be used to request and send information or public data between systems, when used together with the O-MI standards.

The O-MI fulfills similar standards for the IoT that HTTP does for the internet. Examples of exchanged data are alarm or lifecycle events, sensor readings, or requests for historical data, changes to existing data, etc. Like HTTP, which transports payloads in formats other than HTML, O-MI can be used to transport payloads in any format. At present, XML is the most common text based payload format, but formats like the CSV and JSON can also be used.

The Open Platform 3.0 is a forum that focuses on the emerging and new technology trends that are being integrated to lead new and improved business models and system designs. The trends include:

Though united by the growing consumerization of technologies and user behavior resulting in new business models, there are still a few architectural issues and structural considerations.

But Why the Internet of Things?

The Open Group’s emphasis on the Internet of Things is not misplaced. The IoT is revolutionary in its scope, and will allow billions of daily objects to interact with each other over the Internet, potentially changing the way we live and work completely. Its benefits include:


That said, the IoT does come with its own unique set of challenges. Data will increase by the day, thus requiring much better indexing, processing power, storage and systems. Another disadvantage is that more energy and power will be consumed by the devices at a time when saving energy and cutting consumption has become more important than ever before. Critics also foresee a rise in privacy and security concerns. It will become easy to breach security once everything is connected.

Why Must TOGAF Adapt to an IoT-Driven World?

Put simply: because the Internet of Things will be as pervasive as the world wide web is, today. One estimate puts the number of devices that can be connected to the internet at 12 billion. Researchers at the IDC have estimated that there will be 26 times as many connected things than people by 2020, and that the global Internet of Things market is expected to be valued at over $1.7 trillion by 2020!

Consumer applications are said to drive numbers in the near future and enterprise will account for the bulk of the revenue.

For more articles on IT Service and Architecture, feel free to visit our repository here.

Want to position yourself at the forefront of the Internet of Things wave of the future? A TOGAF® certification equips you with the skillset to work with the IoT in the IT industry of the not-too-distant future, and helps you standard a class apart from your peers.

Here is a select preview of our TOGAF® 9.1 training course: