The Evolution of the Intelligent Car 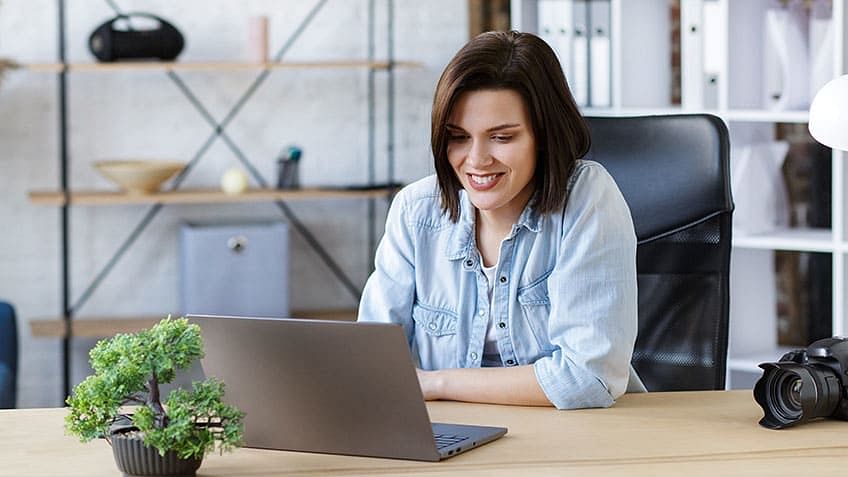 If you weren’t on board with remote work before, then you’re probably doing everything you can to get up to speed on the various tools available for managing a remote workforce. But long before the COVID-19 pandemic effectively shut down the office, companies employing a remote, global workforce were taking advantage of project management and collaboration tools, video calling applications, virtual desktops, and more.

Working remotely is not an option for everyone, nor are all workers well-suited for remote work. Furthermore, let’s acknowledge that workers in health care, food service, public safety, and other roles considered critical during this crisis are risking their health for the good of the whole. However, there are numerous IT positions and other occupations that can be done from anywhere there’s an internet connection.

We’ll explore the top 10 tools for managing a remote, global workforce. This is by no means a complete list, nor will all of these tools be ideal for every organization, but many of these will help your team stay connected, productive, and effective.

Slack is much more than just a business chat app, serving as a virtual water cooler and collaboration hub for remote workforces. PC Magazine gives it an “excellent” rating at 4.5 stars (out of five), designated as its “Editor’s Choice” for messaging, but points out that it’s also the most expensive application in its category. With its messaging functionality and ability to customize, Slack is great for teams that need to communicate and collaborate in real-time.

Since it’s the “Cadillac” of business messaging apps, it’s not for everyone and may offer much more than your team actually needs. But if you’re trying to replicate the office experience and can afford it, it’s worth a look.

As millions of people around the world stay at home and weather the pandemic, the “Zoom Happy Hour”—where coworkers or friends congregate online to lift each other’s spirits as they lift a glass of their favorite beverage—has become a trend. Rated “outstanding” (five out of five stars) by PC Magazine, Zoom is the go-to video conferencing platform for organizations of all sizes. It’s also among the most affordable, with basic plans (ideal for small teams) starting at just $14.99 per month, per host. There’s also a limited free version.

As with other web conferencing services, you can share your screen, give presentations, host webinars, collaborate in real-time, and more. It also has a very simple learning curve, so you won’t waste too much time getting everyone situated before your first meeting. One downside is the lack of a toll-free dial-in number in the United States and the UK.

Microsoft’s Windows Virtual Desktop (WVD) is a cloud-based desktop and application virtualization service running on the company’s Azure cloud platform. It boasts the ability to deliver multi-session Windows 10 virtualization, offers the full range of features for Office 365 ProPlus, and can be easily deployed. Essentially, WVD allows you to access your Windows-based desktop and other applications from any computer. While it doesn’t require any additional per-user licenses to run, each user must have a Microsoft 365 or Windows 10 E3 license to use WVD.

GitHub is considered the gold standard of cloud-based source code management (SCM) platforms, used by software developers and architects for project collaboration. GitHub allows developers to designate code as either public or private, maintains code history so you can restore earlier versions as needed, and can help identify vulnerabilities in your code. The application is free if you stick to the public code repositories, although enterprises will want to pay for its more robust privacy and security functions.

Some of the most commonly cited complaints include the limits on private repositories, file size restrictions, and the pricing model (some have complained that it’s not granular enough to meet the needs of all organizations).

One of the most popular project management platforms around Basecamp basically helps teams communicate and stay better organized. Users have access to a wide range of features that may otherwise have to be accessed separately, such as chat, file storage, document editing, and to-do lists. Its Campfire chatroom feature allows users to work together on a particular project to exchange messages and files efficiently. TechRadar’s review points out the ability to preserve messages and conversations to share with the team later as a key feature.

The stripped-down free version, Basecamp Personal, is a great way to explore the platform, but its 1 GB of storage space and three-project limit makes it too basic for professional use. The $99-per-month Basecamp Business version ($82.50 per month with a one-year subscription) provides 500 GB of storage and the capacity for unlimited projects.

If you use Gmail, Google Docs, or Google’s other cloud-based offerings, then you already use Google Drive. When considered as a package, Google’s free office productivity tools, in combination with increased storage and administrative features (which come with a fee), are referred to as the “G Suite.” It’s well-suited for managing remote, global workforces and can scale according to your needs. Google Hangouts can be used for instant messaging, video conferencing, and collaboration on projects.

Jira (by Atlassian) allows widely dispersed teams to track issues and problems, such as those related to software bugs, and conduct agile project management. This service allows organizations to prioritize and delegate tasks while tracking their progress and is most commonly used by teams that create and ship products. It also allows teams to choose among the Kanban, Scrum, and Scrumban project management methodologies. It also has robust security and can be scaled to any size organization.

The pricing for the cloud-based version starts at $10 per month for up to 10 users and then drops to $7 per month for each user if you have more than 10 users. There’s also an option to have it installed on-site.

If you need to interlink a wide range of business applications and automate your workflow, you may want to consider using Zapier. Basically, it allows you to create what it calls a “zap,” which is a command based on certain conditions—” if X happens, then do Y and Z.” So if you want to connect Slack with Jira, for example, you can create a zap where Slack will send out prepared messages to specific people if a certain kind of defect is found in the code. PC Magazine gives Zapier high marks and has designated it as an “Editors’ Choice” on par with competing for product IFTTT.

There is a limited free version that allows you to perform up to 100 tasks per month (but only five at a time). The free version has other limitations as well but will give an idea of what it can do before you buy. The paid packages range from $19.99 to $599 per month, with more “zaps” and functionality provided at the higher levels.

When you have a remote, global workforce, it’s important to know who’s working and when which may include contractors in addition to regular employees. TSheets provides time-tracking capabilities, allowing managers to record and deliver time-related data and also manipulate this data as needed. Additionally, TSheets includes features pertaining to invoicing, project management, and employee monitoring. The user interface is customizable, and the service also provides a “Who’s Working” window for managers.

Described as a workflow app, Process Street helps teams manage workflows and processes that typically repeat. For instance, you can create a set of tasks that need to be done, along with due dates, certain conditions that may alter how a task is done, and related functions. Process Street also has built-in support for Zapier, the workflow automation application discussed above. It has a relatively easy to use interface but also allows a great deal of customization. However, it has been criticized for its lack of access control and security options.

Get Prepared for the Growing Remote, Global Workforce: Boost Your Skills Today

All of the tools discussed above have one thing in common: they’re all solutions to the accelerating digital transformation of the workplace. One of the best ways to seize the future and be career-ready today is to increase your cloud computing knowledge and skills. Those with a high-level understanding of cloud computing are proving more and more valuable to organizations. Check out Simplilearn’s comprehensive Cloud Architect Master’s Program will give you a high-level understanding of Microsoft Azure, AWS, and the Google Cloud Platform. Get started today!

Top 25 Productivity Tools to Get You More Time in 2022