The Top Five CSS Tools for Web Developers in 2023 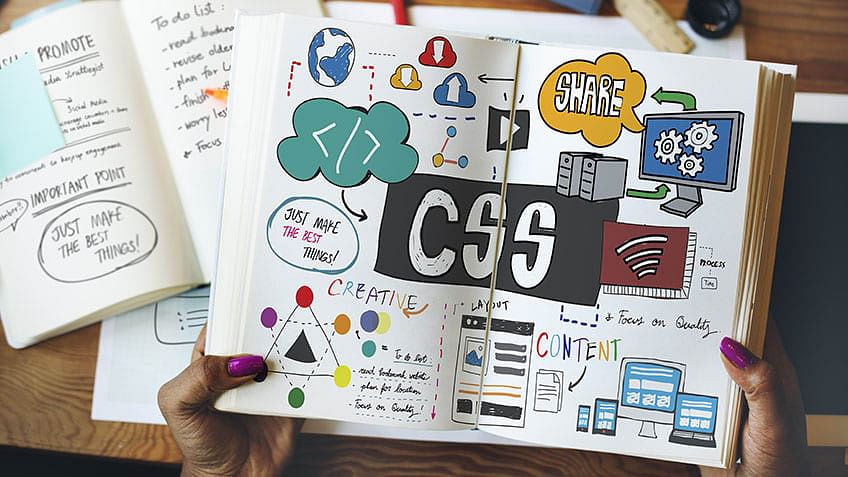 According to the US Bureau of Labor Statistics, “…employment of web developers is projected to grow 13 percent from 2018 to 2028, much faster than the average for all occupations,” explaining that the demand “will be driven by the growing popularity of mobile devices and e-commerce.”

This need for excellent web developer tools brings us around to the gist of this article. Today we look at CSS and the five best CSS tools currently available. After all, you need the right tools for the right job, and if you want to deliver web pages that pop, you need the proper resources.

But first, let’s check out CSS itself and why it’s so valuable in web design.

What Is CSS, and What Good Is It?

CSS is a computer language that defines web page styles, describing the look and formatting (presentation) in a markup language such as XML or HTML. This language features coding elements and is made up of "cascading style sheets" called CSS files (. css). CSS is generally used in conjunction with HTML to change the styles of web pages and user interfaces.

CSS, along with HTML and JavaScript, is considered an Internet cornerstone technology. It offers web developers many valuable benefits:

So now that we see why CSS is a valuable development resource, we must take a closer look at the best CSS tools available today.

This tool helps you remove unused code from your CSS and stops it from getting bundled into your final output. This feature is especially important if you’re using a CSS framework because most CSS frameworks come with large amounts of code that you never even use.

Purge CSS analyzes your website content and CSS files. It then matches the selectors you used in your files with the selectors found in the content files. Purge CSS then removes any unused selectors from your CSS.

Why did we choose it? The smaller your CSS file, the better its performance. If you plan on using a CSS framework, you must deal with extraneous code. This way, you can still enjoy the framework’s benefits while the Purge CSS tool deals with the downside!

JavaScript is far and away the most popular programming language in the world today, used by over 16.4 million developers globally, and it shows no signs of slowing down. If you’re a JavaScript fan, you must have PostCSS in your toolbox! PostCSS gives you the ability to add and control CSS through JavaScript.

In fact, PostCSS isn’t just one CSS tool but a powerful amalgam of features and packages that gives you a better workflow when working with CSS.

A word of warning: PostCSS isn’t easy to set up, given that it’s a JavaScript-driven tool. This tool is probably not a good fit for newbies; however, if you have experience with bundlers, modules, and the node package manager (NPM) world, you’ll be fine.

Why did we choose it? PostCSS lets you detect which CSS features can be used in your current browser and automatically adds vendor prefixes depending on which property you’re using. It also boasts a very responsive grid with a high degree of flexibility. Additionally, some very powerful CSS syntax updates are slated to be released, and PostCSS lets you use them. And, of course, let's not forget the most significant reason of all: the ability to spread some JavaScript-based syntax over your CSS!

Do you know what makes a web page really pop? Animations, that’s what! Animista is a fantastic CSS tool that provides you with a collection of premade CSS animations. Just select any kind of animation and get its CSS code.

Why did we choose it? If you want something that grabs eyeballs but don’t want to expend too much effort in the process, Animista is for you. Animations catch the eye and keep visitors engaged, and now you can get that advantage without sweating the details. It’s a win-win!

Koala is a full Graphic User Interface application that handles CoffeeScript, Compass, Less, and Sass compilations from one central location. It runs on Windows, Linux, and macOS.

Why did we choose it? Koala gives you a choice of compiling options, optional project settings, and custom error notifications, all geared towards making you a more efficient developer. It even has a visual editor that lets you keep track of all your projects.

And finally, we come to the Sierra library, one of Sass's best User Interface libraries. Sierra is an open-source CSS tool and free to download. You can find all the desired source code on GitHub. Sierra library is like a smaller Bootstrap library, but with a greater focus on Sass/SCSS.

Why did we choose it? Sierra library is fully customizable, offering you options for changing colors, grids, typography, and just about everything else with a single variable file. It’s versatile, adaptable, and hey, it’s free!

How Would You Like to Be a Full Stack Developer?

At the beginning of this article, we touched upon the projected increased demand for web developers for the next couple of years. So, if you would like the kind of job security (not to mention great pay!), then Simplilearn can help you become a full stack web developer.

The Post Graduate Program in Full Stack Web Development, held in collaboration with Caltech CTME, will help you master both front-end and back-end Java technologies, starting with the basics and progressing to the advanced aspects of Full Stack Web Development. In addition, you will learn Angular, Spring Boot, Hibernate, JSPs, and MVC to help you launch your career as a full-stack developer.