What is XML: Overview on Comments, Attributes, Tags, Syntax and more

Lesson 6 of 31By Simplilearn 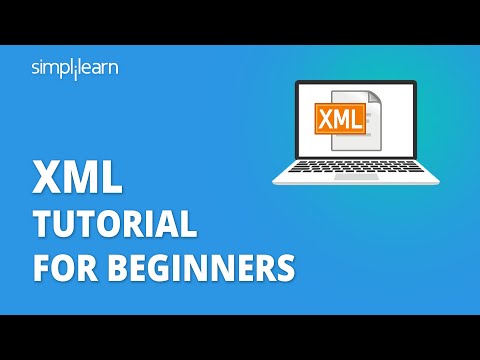 I'm sure you all know that HTML plays a vital role in app development. It is a markup language that defines how the information is displayed on the screen. But have you ever wondered what carries and stores the data? And perhaps governs the structure of data being presented? You guessed it right. This is done by XML. This article on what is XML will help you understand this markup language in detail.

XML, short for eXtensible Markup Language, is a set of tags and codes that help carry the data presented on the website. XML does not define how the data is displayed; instead just transports it. The main objective of XML design is to ensure simplicity and compatibility, making it platform and programming language independent.

You will now look at the features of XML after you have learned what is XML.

XML comes with a lot of features that make it stand out from other languages. Here is the list of come salient features of XML

Now that you are familiar with what is XML and the features or the advantages of XML, the following section explains the semantics of an XML document.

Let us now look at the XML syntax and declaration.

The following is the basic XML syntax -

The following code shows the syntax for XML declaration

Comments are optional. Adding comments to a document can help you comprehend it better.

Except for declarations, tags work in pairs. An opening tag and a closing tag make up each tag pair

<> is used to enclose tag names. The start and end tags for a tag pair must be identical, except that the end tag must have / after the <.

In the above example, employee, firstname, lastname, title and division are tags. Tag names are also referred to as elements.

In the start tag, the attribute for an element is inserted after the tag name. For a single element, you can add many attributes with distinct names.

There are two main rules to define an attribute -

Consider the same example as above

Here the “id” is an attribute specific to that employee.

Now that you are familiar with what is XML and advantages of XML, let’s look at the limitations of XML.

Now that you know the major limitations of XML, let’s look at the difference between HTML and XML

Although HTML and XML are markup languages, they have significant differences. Here’s a list of the differences.

These were some of the major differences between HTML and XML.

We hope you found this article 'What is XML?' helpful. Pursuing a credible certification program will be beneficial if you want to gain advanced practical knowledge of full-stack technologies and possibly make it into a profession.

The  Full Stack Java Developer Masters Program from Simplilearn will teach you all you need to know about full-stack programming. This full-stack Java development course is designed to provide a thorough understanding of front-end, middleware, and back-end Java web developer technologies. This program will teach you how to construct an application from start to finish, test and deploy code, store data in MongoDB, and much more.

If you have any  questions or need clarification on this subject, please let us know in the comments section . We’ll help them resolve as soon as possible.