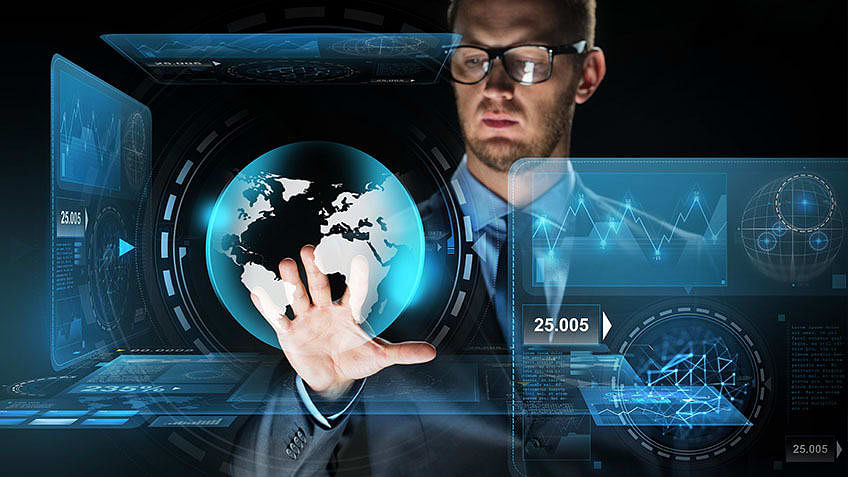 If you are interested in getting into the field of data science, you need to become proficient in several programming languages because a single language can’t solve problems in all areas. Without mastering the specific ones frequently used in data science, your skillset will be incomplete. Demand for these languages, like Python, started surging in the 2010s along with the rise of data science. In fact, according to a study by Indeed, from 2014 to 2019, data science and Python skills have become the key ingredients to secure a solid foundation in an IT career in 2020.

Eventually, it is your data science environment, platform framework, interests, organization, and career path that will lead you to specialize in a specific programming language. However, data scientists must be willing to learn more so that they can adapt to the latest developments and trends in this rapidly evolving industry.

Before choosing a programming language, you need to consider several things:

● What kind of data science tasks will you need to perform?

● How does your organization use data science?

● What are your company objectives?

● What are your career interests?

● What programming languages do you already know?

● What level of difficulty are you ready to tackle?

● What are your educational ambitions?

The following are the leading data science programming languages:

For at least the next five years, Python proficiency will top the required skill set in data science. By knowing Python, combined with a strong aptitude for quantitative reasoning and experimental analysis, you can strike gold in the industry.

One of the factors that make Python stand out from the rest is its flexibility. If you have Python in your toolset, you can build solutions for a wide range of use cases. Currently, Python is mostly used to:

✔ Create web services with the Django and Flask frameworks

✔ Develop ML algorithms such as decision trees and random forests

In a short period, R has outpaced several programming languages to become one of the most prominent languages in data science.

R enables design for a plethora of statistical models. The public R package archive consists of contributed packages from almost 8,000 networks. Statisticians use it to perform tasks for regression. R also offers data visualization with support for different forms of charts.

In machine learning, Gmodels, RODBC, TM, and Class are used to create smart applications. R is considered suitable for research papers and reports.

Gain expertise in the R programming language with the Data Science Certification. Click to enroll now!

For the past three decades, Java has remained a favorite among desktop, web, and mobile developers. It runs on the back of a highly sophisticated environment, known as JVM (Java Virtual Machine).

Java is used extensively by enterprises in favor of other modern languages, mainly due to the degree of scalability that it provides. Once a project is launched in Java, it can scale without any compromises on performance. Hence, it is viewed as a popular choice to create large-scale machine learning systems. Some of the popular Java libraries for machine learning include:

✔ DL4J – To engage in deep learning

JavaScript is an object-oriented language which by the 2000s, was used primarily in front-end development to design interactive web pages. However, throughout the 2010s, it has evolved significantly with the advent of ReactJS, AngularJS, VueJS, NodeJS, and many other frameworks. As a result, it has become a respected option to create both the front-end and back-end of websites, often with MEAN and MERN stacks.

JavaScript is easy to use because aspiring data scientists can access models and algorithms in the web browser. Similarly, it enables users to build interactive data visualizations from datasets on a web-based dashboard.

SAS is a software suite that is commonly used to perform statistical modeling for disciplines like data management, business intelligence, multivariate analytics, and predictive analytics. First released in 1976, SAS has cemented itself as the foremost name in the analytics industry. You can utilize SAS to access data in multiple formats, manage and manipulate it, split and merge datasets, and execute statistical methods for data analysis.

Scala is one of the most popular functional languages. It runs on JVM. It is an ideal option if you often have to work with high volume data sets. Due to its JVM origins, it can be easily used with Java in data science. Keep in mind that Scala was used to writing Apache Spark, a well-known cluster computing framework. So, if your data science tasks are going to revolve around Spark, Scala is a good option.

TensorFlow is one of the leading libraries for numerical computing. It is an ML-based framework that is used to tackle massive datasets. TensorFlow works very well with distributed computing. In TensorFlow, you can break down your graphs into chunks and run them in parallel on different CPUs and GPUs. Hence, it can help you to train complex and large neural networks quickly.

Microsoft developed C#, which has now become one of the most widely used programming languages of the last two decades. C# took inspiration from Java and added a modern touch to refine it further. To make data science feasible with C#, Microsoft opened the Hadoop framework to Windows. You can also use the ML.NET framework to create cross-platform machine learning applications.

Ruby is often used to perform text processing. Developers have also utilized it to experiment with prototypes, write servers, and engage in other general activities. For data science with Ruby, you can use:

✔ The iruby kernel for Jupyter

✔ The rserve-client to connect with Rserve (binary server of R)

Before selecting any specific data science language, you have to consider your job requirements. For instance, R is used in the finance industry to build models of the stock market and forecast share prices. In the retail sector, programmers use Python to build recommendation engines to offer relevant suggestions to customers.

If you’re doing data mining in a financial firm, then R is the right choice, but if you are building apps to give customers access to their financial details from multiple devices, Python is more appropriate. Whatever industry you are in, Python works well with different initiatives of machine learning, where you can study structured data and link it with unstructured data.

Currently, IoT applications are on the rise. In case you belong to the IoT industry and write code for gateways or edge equipment, then you should opt for C and C++. These languages are low-level in nature, which makes them an excellent technology to program different types of hardware. However, with kits like Raspberry Pi, Python gives you an advantage in the IoT space.

If you are more interested in GUI development or making games, then Microsoft C# is a terrific choice. This is because you can use C# to write games in Unity, one of the top gaming engines.

Looking forward to your next career as a data scientist? Try answering these Data Science Practice Test Questions and find out now!

As a data scientist, you have to learn the correct programming language for a smooth and successful career. To do this right, you should take some time to think about what you are passionate about and want to specialize in. If you are currently working, then evaluate which language can offer the most value to the data science applications in your organization. Keep improving your programming skills and make it a point to know what employers and industries are looking for in data scientists. You can do this by simply checking job postings on popular job boards.

Simplilearn offers unique educational courses in a variety of programming languages that are an asset to data scientists. There is the Data Science Program, Data Science Bootcamp or the Data Scientist Course that helps in both education and certification to those who are seeking to upskill. To get in on the hottest job markets around, enroll today.