Lesson 26 of 45By Simplilearn 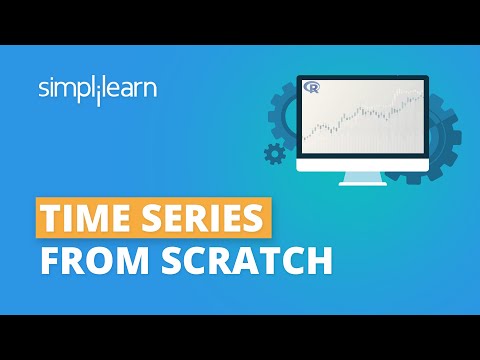 With the amount of data present in today’s business world, it is easy to keep track of changes in patterns and trends. Stocks, sales, and census all have one thing in common, their data, which changes according to time, and hence, it is called time-series data.

Business analysts or census workers then analyze this data to help make predictions like when to buy or sell a stock, or how many products need to be manufactured to meet sales needs in a quarter, or how the population will grow, and how much food you need to sustain it. The analysis is done with the help of Time Series Prediction. In this tutorial titled ‘The Best Guide to Time Series Analysis in Python’, you will learn how to perform Time Series Analysis in Python.

What is Time Series Analysis?

A Time Series is a set of observations that are collected after regular intervals of time. If plotted, the Time series would always have one of its axes as time.

Time Series Analysis in Python considers data collected over time might have some structure; hence it analyses Time Series data to extract its valuable characteristics.

Consider the running of a bakery. Given the data of the past few months, you can predict what items you need to bake at what time. The morning crowd would need more bread items, like bread rolls, croissants, breakfast muffins, etc. At night, people may come in to buy cakes and pastries or other dessert items. Using time series analysis, you can predict items popular during different times and even different seasons.

What Are the Different Components of Time Series Analysis?

The diagram depicted below shows the different components of Time Series Analysis:

ARIMA Model stands for Auto-Regressive Integrated Moving Average. It is used to predict the future values of a time series using its past values and forecast errors. The below diagram shows the components of an ARIMA model:

Auto-Regressive models predict future behavior using past behavior where there is some correlation between past and future data. The formula below represents the autoregressive model. It is a modified version of the slope formula with the target value being expressed as the sum of the intercept, the product of a coefficient and the previous output, and an error correction term.

Moving Average is a statistical method that takes the updated average of values to help cut down on noise. It takes the average over a specific interval of time. You can get it by taking different subsets of your data and finding their respective averages.

You first consider a bunch of data points and take their average. You then find the next average by removing the first value of the data and including the next value of the series.

Integration is the difference between present and previous observations. It is used to make the time series stationary.

Each of these values acts as a parameter for our ARIMA model. Instead of representing the ARIMA model by these various operators and models, you use parameters to represent them. These parameters are:

Now you will see how to perform Time Series Analysis in Python. You will use a shampoo dataset that details the monthly shampoo sales over three years. You will start by importing the necessary modules:

Next, read in the data, then print and plot it to see how it looks.

Figure 8: Reading in our data

The figure below shows the values in your data and the trend in it.

Now, plot the autocorrelation in the data.

Now, fit your data to your model and find the residual error. It is obtained by separating data values from the mean of the data. This helps you find out if variations in your data are huge.

The diagram below shows the prediction of the ARIMA model and the trend that it has predicted. It is like the trend exhibited by your data.

You also get a plot of your residual errors, as shown below.

You can see that the errors are Gaussian and are not centered around 0.

We hope this helped you understand how to implement Time Series Analysis in Python. To learn more about deep learning and machine learning, check out Simplilearn's Artificial Intelligence course. On the other hand, if you need any clarifications on this Time Series Analysis in Python tutorial, share them with us by mentioning them in this page's comments section. We will have our experts review them at the earliest!