What is Scikit Learn? 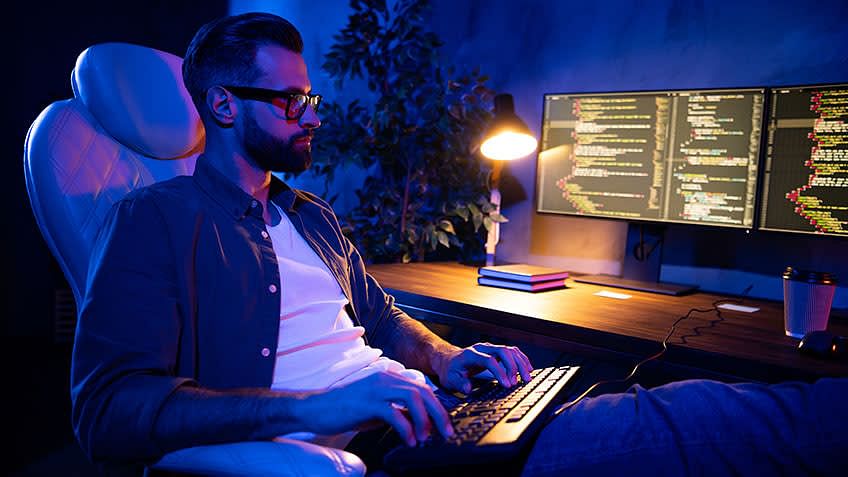 All of today’s leading companies make machine learning a central part of their operations. It has become a significant competitive differentiator for most organizations. To implement machine learning projects, one of the most popular programming languages out there is Python. Python’s simplicity allows you to work on complex algorithms and versatile workflows without focusing too much on the technical nuances of the language. Scikit learn is a robust library available in Python that provides a selection of tools for machine learning and statistical modeling. But what is scikit learn? Let’s discuss the basics of this popular Python package in this article.

What Is Scikit Learn?

Scikit Learn or Sklearn is one of the most robust libraries for machine learning in Python. It is open source and built upon NumPy, SciPy, and Matplotlib. It provides a range of tools for machine learning and statistical modeling including dimensionality reduction, clustering, regression, and classification, through a consistent interface in Python. Additionally, it provides many other tools for evaluation, selection, model development, and data preprocessing.

Scikit-learn is one of NumFOCUS’s fiscally sponsored projects. It also integrates well with many other Python libraries, such as Matplotlib, Plotly, NumPy, Pandas, SciPy, etc. Although the library is fairly new, it has quickly become one of the most popular libraries on GitHub. A number of big organizations such as Spotify, Evernote, JP Morgan, Inria, AWeber, and many more use Sklearn.

Scikit Learn was originally called scikits.learn. It was developed by David Cournapeau as a Google Summer of Code (GSoC) project in 2007. The project was taken to another level by a number of volunteers and was first made public on 1st Feb 2010.

Here is a full rundown of the different versions of Scikit Learn:

Community and Contributors of Sklearn

One of the main reasons behind the popularity of Sklearn is the community and contributors behind it. Since it is open-source, anyone can contribute to it. The following people are currently the core contributors to scikit-learn’s development and maintenance:

In addition to these contributors and communities, there are also various meetups held across the globe. There was a Kaggle knowledge contest hosted recently to encourage people to start playing around with the library. The overall governance structure and decision-making process of scikit-learn are laid out in the governance document.

Before you start using scikit-learn, you would require the following:

If you are new to any of these concepts, we recommend you learn them first before you dig further into Sklearn.

How to Install Sklearn

If you have already installed NumPy and Scipy, you can install scikit-learn in two easy methods:

Use the following command to install scikit-learn using pip:

Use the following command to install scikit-learn using conda:

If you do not have NumPy and Scipy installed on you Python workstation, you can install them first by using either pip or conda. Another alternative is to use Python distributions such as Anaconda and Canopy as they both ship the latest version of scikit-learn.

The Scikit-learn library is focused on modeling data. Some of the most popular features provided by Sklearn are:

Scikit-learn is probably the most useful and robust library available in Python for machine learning. The library is continuously being developed and improved by contributors worldwide. If you are interested to learn more about what is scikit learn and how to use it for your machine learning projects, you can check out Simplilearn’s Data Science Certification. The program has been created in partnership with Purdue University and in collaboration with IBM and features masterclasses by Purdue faculty and IBM experts, exclusive hackathons, and Ask Me Anything sessions by IBM. Sign up for this course today and accelerate your career in data science.