A Comprehensive Look at C++ Reference 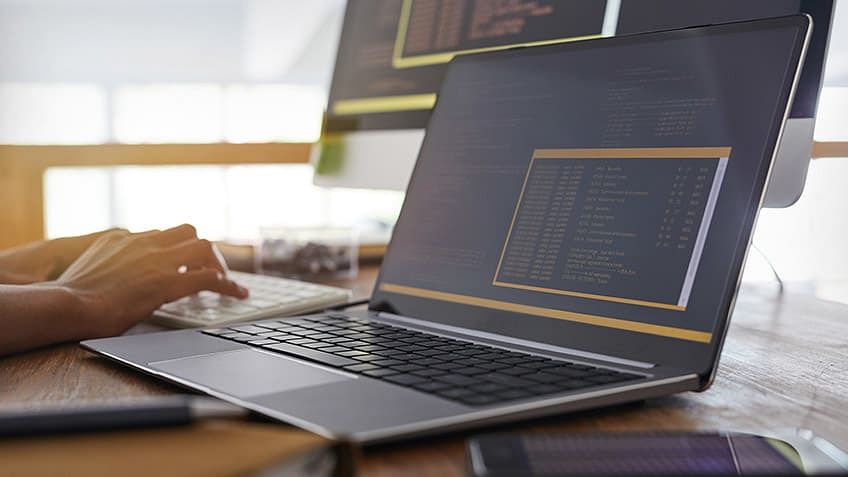 The variable reference is nothing but an alternate name for the already existing variable.

The developers created the reference by using the symbol ampersand (&), to easily identify the variable as reference with the help of this symbol.

Data_type: It is the basic data type that has been used for declaration.

Variable_name: It is a reference variable name used to identify the existing variable. It is like an identifier.

&existing _variable: It represents the reference or address of the existing variable.

In the above example the ‘s’ is a normal variable, s1 as the reference variable which holds the address of s string.

Mainly this address will access the location in memory. Most of the Operating system programs are written by C++ references only.

You will use the C++ reference in two different ways in C++ programming. They are as follows:

C++ Reference as Parameter in a Function:

A function can change the value of a variable if it receives a reference to it. For instance, references are used to exchange the following program variables.

A function may declare a reference variable as arguments. The variable references pass the value. Suppose the user has made any changes, it will change the original value of the referenced variable.

Consider the program to swap the two numbers using the reference variable as parameter:

Use the C++ Reference as Return Value in Function:

The function also returns the reference variable to the assignment expression. When a function returns a reference, it implicitly returns a pointer to the value it returns. You can utilize a function on the left side of an assignment statement in this manner.

This is nothing but a function as a reference. While you use the return statement, it will be considered as a reference variable only.

Consider the addition of two numbers using the reference return.

How is the C++ reference different from the pointer?

But reference cannot be a void.

but the references are only one level of indirection. That is:

The C++ Reference Is Less Powerful Than the Pointer

A C++ reference is a useful tool, which helps to access the address of the other variable. It used to change the variable of the addressed variable. In the above content, you may conclude that the C++ reference is the easiest tool and especially more powerful when there is no pointer concept in any other programming language. It easily accesses the original data with corresponding location. If you make any changes at any particular point, it will automatically change the original location of the variable.

In this article you learned about stack, implementation, operations with syntax and examples. To get expertise in C++ programming you can join Simplilearn’s C++ certification training course. To benefit budding learners, Simplilearn has made a special selection of courses available for free. Join Simplilearn for free Simplilearns free courses and revolutionise your profession with certificates, specialisations, and dozens of other courses.

If you are on the other hand looking for a more comprehensive full stack software development learning, you should check out Simplilearn’s Post Graduate Program in Full Stack Web Development in collaboration with Caltech CTME. This bootcamp style program has everything - tools, skills, languages, practical exposure, certifications and endorsements - that you’d need to become a sought-after full stack developer in any of today’s big companies; anywhere in the world.