HomeResourcesSoftware DevelopmentC# Vs. C++: Difference Between C++ and C# (Sharp)

Everything That You Need to Know About Stored Procedure in SQL 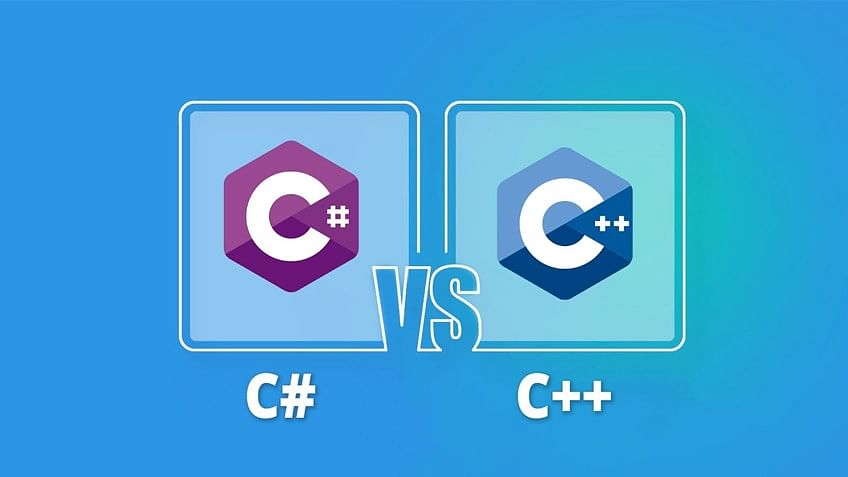 C# (pronounced "C sharp") is a general-purpose, contemporary, and object-oriented programming language. It was created by Microsoft as part of the .NET program, coordinated by Anders Hejlsberg and his team, and was authorized by the European Computer Manufacturers Association (ECMA) and the International Standards Organization (ISO) (ISO). The present version of C# is one of the languages for Common Language Infrastructure.

The language's name was changed from C with Classes to C++ in 1983. The ++ operator in the C programming language is used to increment a variable, which reveals something about Stroustrup's attitude toward the language. Virtual functions, function overloading, references with the & symbol, the const keyword, and single line comment using double slashes were among the many new features implemented around this time.

C++ was released as a commercial product in 1985. The language had not yet been standardized. Protected and static members, as well as inheritance from multiple classes, were added to the language in 1989.

Turbo C++ was first launched as a commercial product in 1990. Turbo C++ included a slew of new libraries that have had a significant impact on C++'s evolution.

The C++ standards committee issued ISO/IEC 14882:1998, sometimes known as C++98, as the first worldwide standard for C++ in 1998. The Standard Template Library was also included, which began conceptual development in 1979. The committee responded to various issues raised with their 1998 standard in 2003 by revising it properly. C++03 was the new language's name.

C# v4.0 was released alongside the .NET Framework 4.0, which included the CLR version 4.0, as well as Microsoft Visual Studio 2010.

This is the fundamental building block of object-oriented programming. That is, both data and data-operating functions are grouped together as an object.

When you create a class, you're essentially creating a blueprint for an item. It does not describe any data, but it does specify what the class name signifies, that is, what a class object will be made up of and what operations can be performed on it.

Data abstraction is defined as delivering only important information to the outer world while masking background details, i.e. representing the required information in a program without showing the specifics.

Code reusability is one of the most beneficial properties of object-oriented programming. As the name implies, inheritance is the process of creating a new class from an existing class known as the base class. The new class is known as the derived class. This is a crucial notion in object-oriented programming since it aids in the reduction of code size.

Polymorphism is the capacity to employ an operator or function in different ways, or to give different meanings or functions to the operators or functions. The term "poly" means "many." Polymorphism refers to a single function or operator that can be used in a variety of ways depending on the context.

Polymorphism also includes the concept of overloading. It is considered to be overloaded when an existing operator or function is made to work on a new data type.

The SRP principle asserts that if a class has two reasons to change, the functionality should be separated into two classes. Each class will be responsible for only one task.

The OpenClosed Principle in object-oriented programming argues that "software entities (classes, modules, functions, etc.) should be open for extension but closed for modification," which means that an entity's behavior can be extended without affecting its source code.

The Liskov Substitution Principle (LSP, lsp) is an Object Oriented Programing principle that states that functions that employ pointers or references to base classes must be able to access objects from derived classes without being aware of it.

According to the InterfaceSegregation Principle (ISP), no client should be made to rely on methods that it does not employ. ISP, like GRASP's High Cohesion Principle, is one of the five SOLID principles of object-oriented design.

The Dependency Inversion Principle is a type of loosely coupled software module used in object-oriented architecture. High-level modules should not rely on low-level modules, according to the principle. Abstraction should be used in both cases.

In this article, we learned about C++ and C# along with their respective history. We discussed the principles of development of C++ and C# programming language and the key differences between the two.

To learn more about such concepts and become an expert at programming languages, you can visit Simplilearn. You may also explore Simplilearn's Postgraduate Program in Full Stack Web Development which is conducted in partnership with Caltech CTME. Joining this course will help you advance your career as a software developer. Get heard by the most prestigious employers by having 30+ in-demand resources and skills, 20 lesson-end and five phase-end programs, as well as a capstone project in four domains.

Also, learn the skills that are most in-demand for free on Skill-Up, a Simplilearn initiative.