Lesson 6 of 14By Simplilearn 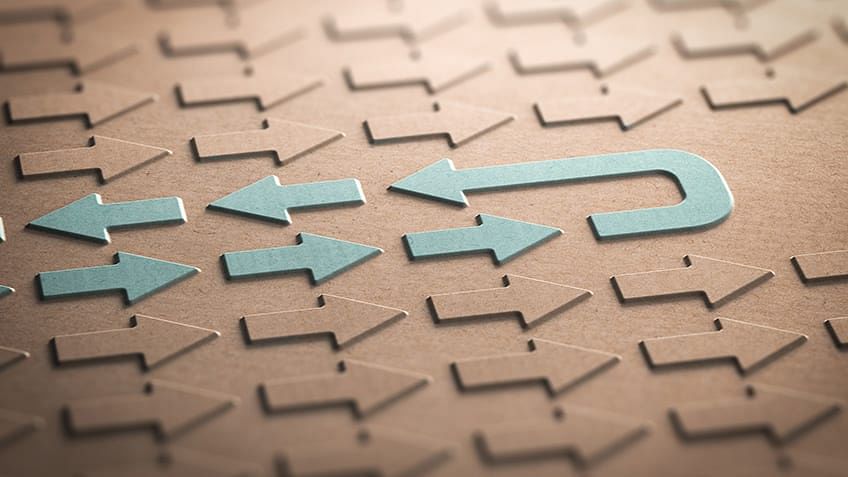 Want to master the advanced statistical concepts like linear and logistic regression? Check out the Data Science Certification Course and start learning today.

Let us begin our learning on logistic regression in R by understanding: Why do we use regression?

Let’s say you have a website, and your revenue is based on the website traffic, and you want to predict the revenue based on site traffic. The more traffic is driven to your website, the higher your revenue would be, or at least that’s what you would intuitively assume.

This chart shows a clear trend between website traffic and revenue. As website traffic increases, the revenue increases. You can draw a line to show that relationship, and then you can use that line as a predictor line. So, for example, what will revenue be if your traffic is 4,500? If you draw a perpendicular line from 4.5K on the x-axis (the traffic axis) up to the orange regression line, sometimes called the line of best fit. Then you could draw another line over to the y-axis (the revenue axis) and see where it lands. You can see that when the traffic is around 4,500, the revenue is around 13,000.

It’s important to note that not all variables are related to each other. For example, a person’s favorite color may not be related to revenue from a website. But if you look at a chart showing height and age, the change in one variable—height—is closely associated with the change in the other variable—age. This makes intuitive sense, as from birth, as you get older, you get taller. If you plot that data, you would see those green points on the graph up to some particular age where growth would taper off. The plot in the middle shows the clear linear relationship between age and height, which is indicated by the solid red line. You sometimes call that line a trendline, or a regression line, or the line of best fit. You see that the height is the dependent variable, and age is the independent variable.

You might ask, “Doesn’t height depend on other factors?” Of course, it does, but here we’re looking at the relationship between two variables, one independent and one dependent: age and height.

Next, let us take a look at the types of regression.

There are various types of regression:

Linear regression answers the question, “How much?” In our earlier example, as website traffic grows, how much will revenue grow?

We refer to logistic regression as a binary classifier, since there are only two outcomes. Let’s try to understand this with an example. Let’s say you have a startup company, and you are trying to figure out whether the startup will be profitable or not. That’s binary, with two possible outcomes: profitable or not profitable. So let’s use initial funding to be the independent variable.

This graph shows funding versus profit, and it appears linear. Once again, our intuition tells us that the more funding a startup has, the more profitable it will be, but of course, data science doesn’t depend on intuition; it depends on data.

This graph does not tell whether the startup will be profitable or not; it states only that with an increase in funding, the profit also increases. That’s not binary. If you want to predict how much profit will be made, linear regression would be useful, but that’s not what you are trying to figure out here. Hence you need to make use of logistic regression, which is two outcomes—in our case, profitable and not profitable.

In the example, we plotted several companies with various funding levels from 10 to 70 and indicated whether they were zero—not profitable—or 1—profitable—on the graph. This is how you should think of logistic regression.

Before getting into the depths of understanding logistic regression in R, let us first understand what it is.

Let’s compare linear regression to logistic regression and take a look at the trendline that describes the model.

In the linear regression graph above, the trendline is a straight line, which is why you call it linear regression. However, using linear regression, you can’t divide the output into two distinct categories—yes or no. To divide our results into two categories, you would have to clip the line between 0 and 1. If you recall, probabilities can be between only 0 and 1, and if we’re going to use probability on the y-axis, then you can’t have anything that is below 0 or above 1.

Thus you would have to clip the line, and once you cut the line, you see that the resulting curve cannot be represented in a linear equation.

For logistic regression, you will make use of a sigmoid function, and the sigmoid curve is the line of best fit. Notice that it’s not linear, but it does satisfy our requirement of using a single line that does not need to be clipped.

For linear regression, you would use an equation of a straight line:

Because you cannot use a linear equation for binary predictions, you need to use the sigmoid function, which is represented by the equation:

e is the base of the natural logs.

Next, let us get more clarity on Logistic Regression in R with an example.

The problem statement is simple. You have a dataset, and you need to predict whether a candidate will get admission in the desired college or not, based on the person’s GPA and college rank.

It’s important to note that in the dataset that we’ve imported, we were given the GPAs and college ranks for several students, but it also has a column that indicates whether those students were admitted or not. Based on this labeled data, you can train the model, validate it, and then use it to predict the admission for any GPA and college rank. Once you split the data into training and test sets, you will apply the regression on the two independent variables (GPA and rank), generate the model, and then run the test set through the model. Once that is complete, you will validate the model to see how well it performed.

Here is the video that represents the steps followed to implement the use case.

The very first thing you need to do is import the data set that you were given in CSV format (comma-separated values). Next, select and import the libraries that you will need. Although R is an excellent programming language with a lot of built-in functions, it is easily and powerfully extended by the use of libraries and packages. Then you need to split the data set into a training set and a test set.

Now it’s time to split the data. Take the data frame and split it into two groups, a training set, and a test set. The demo uses an 80/20 ratio, so 80 percent of the data will go into the training set, and 20 percent will go into the test set. Of course, that ratio could be 60/40 or 70/30. It depends on the size of your data, but in our example and for our purposes, 80/20 is perfect. Next, we’ll do a little data munging. In general, you munge the data early on after ingestion, and you have to be careful. In this case, you don’t have any missing values; you don’t have any real outliers. Our data was pretty clean when we got it and ingested it, but in general, that’s not the case, and you need to put in a lot of work and pay a lot of attention to the munging process here.

There it is: You ran your model, and there’s a summary of your model. You can see that there is some statistical significance in GPA and rank by the coefficients and output of the model. So next, let’s run the test data through the model. Next, set up a confusion matrix and look at your predictions versus the actual values. Again, this is important. You had the answers, and you predicted some answers, so hopefully, our predicted answers match up with the actual answers.

How good are your skills in Logistic Regression? Take up this Data Science practice test and assess yourself.

Logistic Regression is one of the important concepts when dealing with data analytics using the R programming language. But, why should you restrict yourself by understanding only a small portion of data analytics? You can master various other concepts like data visualization, data exploration, predictive analytics, and descriptive analytics techniques with the R language by taking Simplilearn’s Data Science with R Programming. This data science course is an ideal package that you can choose to become a successful data analyst. So get started and become certified.