How to Become a Deep Learning Engineer in 2023? Description, Skills and Salary

What Is MLOps? Everything You Need to Know About Machine Learning Operations

Why You Need AI for Business Decision Making with Wharton Online 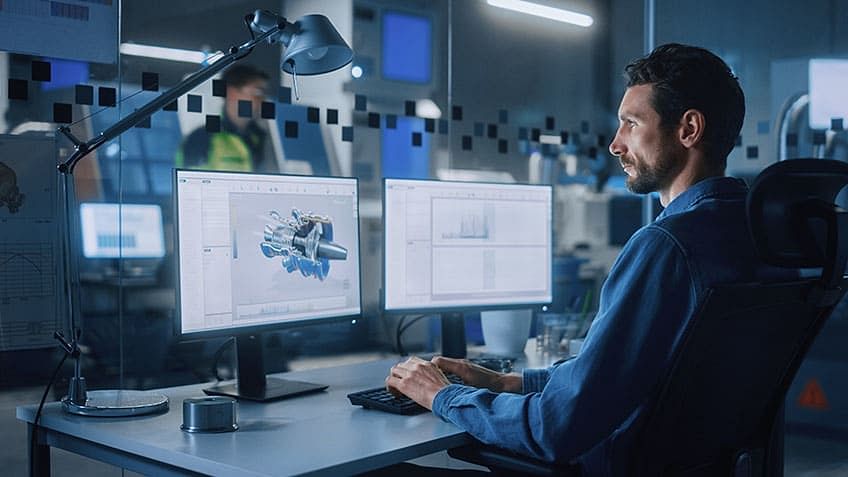 Autoencoders are a type of deep learning algorithm that are designed to receive an input and transform it into a different representation. They play an important part in image construction. Let’s learn about autoencoders in detail.

Autoencoders are very useful in the field of unsupervised machine learning. You can use them to compress the data and reduce its dimensionality.

The main difference between Autoencoders and Principle Component Analysis (PCA) is that while PCA finds the directions along which you can project the data with maximum variance, Autoencoders reconstruct our original input given just a compressed version of it.

If anyone needs the original data can reconstruct it from the compressed data using an autoencoder.

An Autoencoder is a type of neural network that can learn to reconstruct images, text, and other data from compressed versions of themselves.

An Autoencoder consists of three layers:

The compressed image is a distorted version of the original image.

The Code layer represents the compressed input fed to the decoder layer.

When you're building an autoencoder, there are a few things to keep in mind.

First, the code or bottleneck size is the most critical hyperparameter to tune the autoencoder. It decides how much data has to be compressed. It can also act as a regularisation term.

Secondly, it's important to remember that the number of layers is critical when tuning autoencoders. A higher depth increases model complexity, but a lower depth is faster to process.

Thirdly, you should pay attention to how many nodes you use per layer. The number of nodes decreases with each subsequent layer in the autoencoder as the input to each layer becomes smaller across the layers.

Finally, it's worth noting that there are two famous losses for reconstruction: MSE Loss and L1 Loss.

Under complete autoencoders is an unsupervised neural network that you can use to generate a compressed version of the input data.

It is done by taking in an image and trying to predict the same image as output, thus reconstructing the image from its compressed bottleneck region.

The primary use for autoencoders like these is generating a latent space or bottleneck, which forms a compressed substitute of the input data and can be easily decompressed back with the help of the network when needed.

Sparse autoencoders are controlled by changing the number of nodes at each hidden layer.

Since it is impossible to design a neural network with a flexible number of nodes at its hidden layers, sparse autoencoders work by penalizing the activation of some neurons in hidden layers.

It means that a penalty directly proportional to the number of neurons activated is applied to the loss function.

As a means of regularizing the neural network, the sparsity function prevents more neurons from being activated.

There are two types of regularizers used:

The input is passed through a bottleneck in a contractive autoencoder and then reconstructed in the decoder. The bottleneck function is used to learn a representation of the image while passing it through.

The contractive autoencoder also has a regularization term to prevent the network from learning the identity function and mapping input into output.

To train a model that works along with this constraint, we need to ensure that the derivatives of the hidden layer activations are small concerning the input.

Have you ever wanted to remove noise from an image but didn't know where to start? If so, then denoising autoencoders are for you!

Denoising autoencoders are similar to regular autoencoders in that they take an input and produce an output. However, they differ because they don't have the input image as their ground truth. Instead, they use a noisy version.

It is because removing image noise is difficult when working with images.

You'd have to do it manually. But with a denoising autoencoder, we feed the noisy idea into our network and let it map it into a lower-dimensional manifold where filtering out noise becomes much more manageable.

The loss function usually used with these networks is L2 or L1 loss.

Variational autoencoders (VAEs) are models that address a specific problem with standard autoencoders. When you train an autoencoder, it learns to represent the input just in a compressed form called the latent space or the bottleneck. However, this latent space formed after training is not necessarily continuous and, in effect, might not be easy to interpolate.

Variational autoencoders deal with this specific topic and express their latent attributes as a probability distribution, forming a continuous latent space that can be easily sampled and interpolated.

1. What are autoencoders used for?

Using an autoencoder, you can compress input data, encode it, and then reconstruct the data in a different format to reduce dimensionality. Autoencoders help you focus on only the most critical areas of your data.

2. How do autoencoders work?

Autoencoders are neural networks that you can use to compress and reconstruct data. The encoder compresses input, and the decoder attempts to recreate the information from this compressed version.

3. Is autoencoder a CNN?

Convolutional Autoencoders are autoencoders that use CNNs in their encoder/decoder parts. The term “convolutional” refers to convolving an image with a filter to extract information, which happens in a CNN.

4. Is the autoencoder supervised or unsupervised?

Autoencoders can be used to learn a compressed representation of the input. Autoencoders are unsupervised, although they are trained using supervised learning methods.

5. When should we not use autoencoders?

An autoencoder could misclassify input errors that are different from those in the training set or changes in underlying relationships that a human would notice. Another drawback is you may eliminate the vital information in the input data.

Stay ahead of the tech-game with our AI and ML Course in partnership with Purdue and in collaboration with IBM. Explore more!

Autoencoders are a powerful tool for data compression and analysis. They can be used to discover hidden patterns within your data and then use those patterns to create a compressed representation of the original data. It can be helpful when working with data sets that are too large to conveniently or when you wish to investigate the distribution of different classes within your data.

If you want to learn more about Deep Learning Algorithms and start your career in AI and Machine Learning, check out Simplilearn’s Machine Learning Course. This program will help you get started the right way with basics and real-world applications. Start learning now!