What is Hadoop Architecture and its Components? 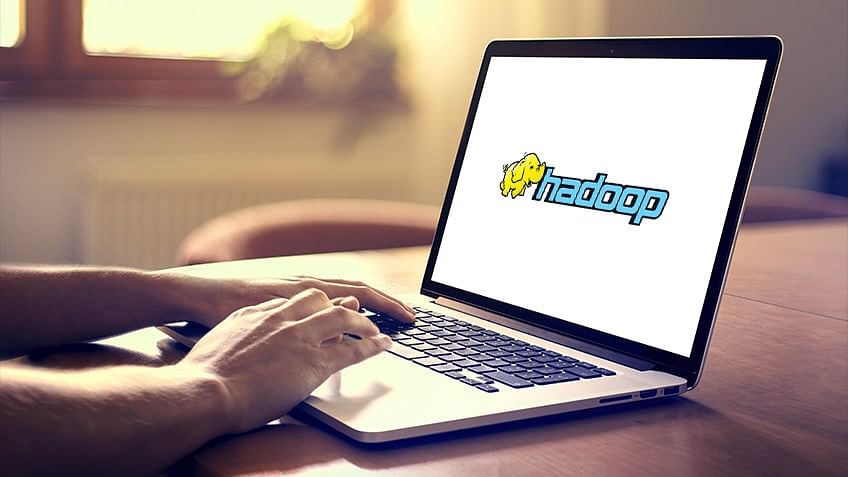 Did you know that we currently generate 2.5 quintillion bytes of data every day? That’s a lot of generated data, and it needs to be stored, processed, and analyzed before anyone can derive meaningful information from it. Fortunately, we have Hadoop to deal with the issue of big data management.

Hadoop is a framework that manages big data storage by means of parallel and distributed processing. Hadoop is comprised of various tools and frameworks that are dedicated to different sections of data management, like storing, processing, and analyzing. The Hadoop ecosystem covers Hadoop itself and various other related big data tools.

Let us start with the Hadoop Distributed File System (HDFS).

In the traditional approach, all data was stored in a single central database. With the rise of big data, a single database was not enough to handle the task. The solution was to use a distributed approach to store the massive volume of information. Data was divided up and allocated to many individual databases. HDFS is a specially designed file system for storing huge datasets in commodity hardware, storing information in different formats on various machines.

There are two components in HDFS:

Start Your Career as A Big Data Engineer Today!

So, we spoke of HDFS storing data in a distributed fashion, but did you know that the storage system has certain specifications? HDFS splits the data into multiple blocks, defaulting to a maximum of 128 MB. The default block size can be changed depending on the processing speed and the data distribution. Let’s have a look at the example below:

As seen from the above image, we have 300 MB of data. This is broken down into 128 MB, 128 MB, and 44 MB. The final block handles the remaining needed storage space, so it doesn’t have to be sized at 128 MB. This is how data gets stored in a distributed manner in HDFS.

Now that you have an overview of HDFS, it is also vital for you to understand what it sits on and how the HDFS cluster is managed. That is done by YARN, and that’s what we’re looking at next.

YARN (Yet Another Resource Negotiator)

YARN is an acronym for Yet Another Resource Negotiator. It handles the cluster of nodes and acts as Hadoop’s resource management unit. YARN allocates RAM, memory, and other resources to different applications.

Let us move on to MapReduce, Hadoop’s processing unit.

Hadoop data processing is built on MapReduce, which processes large volumes of data in a parallelly distributed manner. With the help of the figure below, we can understand how MapReduce works:

As we see, we have our big data that needs to be processed, with the intent of eventually arriving at an output. So in the beginning, input data is divided up to form the input splits. The first phase is the Map phase, where data in each split is passed to produce output values. In the shuffle and sort phase, the mapping phase’s output is taken and grouped into blocks of similar data. Finally, the output values from the shuffling phase are aggregated. It then returns a single output value.

In summary, HDFS, MapReduce, and YARN are the three components of Hadoop. Let us now dive deep into the data collection and ingestion tools, starting with Sqoop.

As seen below, the client machine gathers code, which will then be sent to Sqoop. The Sqoop then goes to the Task Manager, which in turn connects to the enterprise data warehouse, documents based systems, and RDBMS. It can map those tasks into Hadoop.

As you can see below, data is taken from various sources, depending on your organization’s needs. It then goes through the source, channel, and sink. The sink feature ensures that everything is in sync with the requirements. Finally, the data is dumped into HDFS.

Let us now have a look at Hadoop’s scripting languages and query languages.

Apache Pig was developed by Yahoo researchers, targeted mainly towards non-programmers. It was designed with the ability to analyze and process large datasets without using complex Java codes. It provides a high-level data processing language that can perform numerous operations without getting bogged down with too many technical concepts.

Programmers write scripts in Pig Latin to analyze data using Pig. Grunt Shell is Pig’s interactive shell, used to execute all Pig scripts. If the Pig script is written in a script file, the Pig Server executes it. The parser checks the syntax of the Pig script, after which the output will be a DAG (Directed Acyclic Graph). The DAG (logical plan) is passed to the logical optimizer. The compiler converts the DAG into MapReduce jobs. The MapReduce jobs are then run by the Execution Engine. The results are displayed using the “DUMP” statement and stored in HDFS using the “STORE” statement.

Hive uses SQL (Structured Query Language) to facilitate the reading, writing, and management of large datasets residing in distributed storage. The hive was developed with a vision of incorporating the concepts of tables and columns with SQL since users were comfortable with writing queries in SQL.

The Java Database Connectivity (JDBC) application is connected through JDBC Driver, and the Open Database Connectivity (ODBC) application is connected through ODBC Driver. Commands are executed directly in CLI. Hive driver is responsible for all the queries submitted, performing the three steps of compilation, optimization, and execution internally. It then uses the MapReduce framework to process queries.

Hive’s architecture is shown below:

Spark is a huge framework in and of itself, an open-source distributed computing engine for processing and analyzing vast volumes of real-time data. It runs 100 times faster than MapReduce. Spark provides an in-memory computation of data, used to process and analyze real-time streaming data such as stock market and banking data, among other things.

As seen from the above image, the MasterNode has a driver program. The Spark code behaves as a driver program and creates a SparkContext, which is a gateway to all of the Spark functionalities. Spark applications run as independent sets of processes on a cluster. The driver program and Spark context take care of the job execution within the cluster. A job is split into multiple tasks that are distributed over the worker node. When an RDD is created in the Spark context, it can be distributed across various nodes. Worker nodes are slaves that run different tasks. The Executor is responsible for the execution of these tasks. Worker nodes execute the tasks assigned by the Cluster Manager and return the results to the SparkContext.

Let us now move to the field of Hadoop Machine Learning and its different permutations.

Next up, we have Apache Ambari. It is an open-source tool responsible for keeping track of running applications and their statuses. Ambari manages, monitors, and provisions Hadoop clusters. Also, it also provides a central management service to start, stop, and configure Hadoop services.

As seen in the following image, the Ambari web, which is your interface, is connected to the Ambari server. Apache Ambari follows a master/slave architecture. The master node is accountable for keeping track of the state of the infrastructure. For doing this, the master node uses a database server that can be configured during the setup time. Most of the time, the Ambari server is located on the MasterNode, and is connected to the database. This is where agents look into the host server. Agents run on all the nodes that you want to manage under Ambari. This program occasionally sends heartbeats to the master node to show its aliveness. By using Ambari Agent, the Ambari Server is able to execute many tasks.

Kafka uses a messaging system for transferring data from one application to another. As seen below, we have the sender, the message queue, and the receiver involved in data transfer.

The storm is an engine that processes real-time streaming data at a very high speed. It is written in Clojure. A storm can handle over 1 million jobs on a node in a fraction of a second. It is integrated with Hadoop to harness higher throughputs.

Now that we have looked at the various data ingestion tools and streaming services let us take a look at the security frameworks in the Hadoop ecosystem.

Ranger is a framework designed to enable, monitor, and manage data security across the Hadoop platform. It provides centralized administration for managing all security-related tasks. Ranger standardizes authorization across all Hadoop components, and provides enhanced support for different authorization methods like role-based access control, and attributes based access control, to name a few.

Apache Knox is an application gateway used in conjunction with Hadoop deployments, interacting with REST APIs and UIs. The gateway delivers three types of user-facing services:

Let us now take a look at the workflow system, Oozie.

Oozie is a workflow scheduler system used to manage Hadoop jobs. It consists of two parts:

We hope this has helped you gain a better understanding of the Hadoop ecosystem. If you’ve read through this lesson, you have learned about HDFS, YARN, MapReduce, Sqoop, Flume, Pig, Hive, Spark, Mahout, Ambari, Kafka, Storm, Ranger, Knox, and Oozie. Furthermore, you have an idea of what each of these tools does.