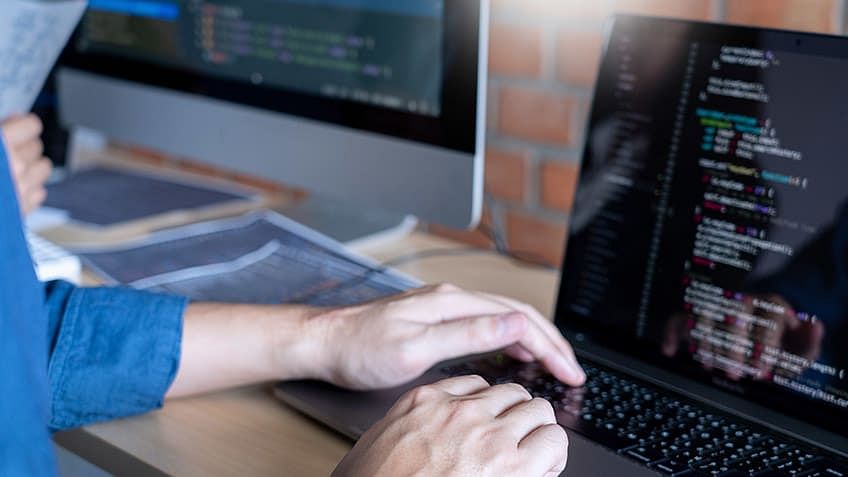 The Hello World Java program is used to print “Hello World!” on the screen. It is a simple program and hence used as a beginner’s guide to introducing Java programming language. Since we are talking about the beginning, let's start from scratch and learn about some basic requirements to write Java code.

What Are the Basic Requirements for Writing Your First Java Code?

The primary requirements to write a code in Java are following:

How to Write Simple Codes in Java?

After installing the JDK, you can easily write and execute simple codes in Java. Considering that you have already downloaded and installed JDK, here’s how to write Java codes:

1. Firstly open a notepad and write the code that you want to execute. In this example, we will use the ‘Java hello world code’. So open the notepad and type the code given in the image below:

3. Now open your command prompt to start compiling and execution.

4. After opening the command prompt, set the path of the JDK/bin directory. If you don’t set the path, the JVM compiler may throw an error “javac is not recognized as an internal or external command.”

5. At last, you have to compile and run the written code. Write javac Example.java to compile the code and java Example to run it and get the output.

You can also use other Integrated Development Environments (IDEs) for executing Java files, but it is better to start with an easy procedure. Hence, we have used the command prompt here.

How to Write a Hello World Java Program?

Here’s how to write the Hello World Java program.

Now since we know how to write the Hello World Java program, let’s learn about its parameters.

What Are the Parameters Used in Hello World Java Code?

In the above Hello World Java program, we have used the following parameters/keywords:

What Are the Different Ways to Write a Java Program?

You can write a Java program in multiple ways, some of the ways are following:

You can write the main method as:

You can write the main method code also as:

You can write it as:

Both the below hello world Java programs will give the same output:

In this hello world Java program article, you have learned to execute a basic Java program. Although hello world Java program is simple, it is essential to clarify various keywords and concepts of the Java programming language. If you are fond of programming, then Java is the easiest one to start with, you can learn the basics of Java by referring to Simplilearn's Free Java Course for Beginners. This course will help you to clear the basic concepts and lay a programming foundation. However, if you want to build the skillset in Java, you can apply for our Online Java Certification Course. It will assist you in learning advanced concepts and provide hands-on experience in multiple frameworks that will help you to build up your software development career.