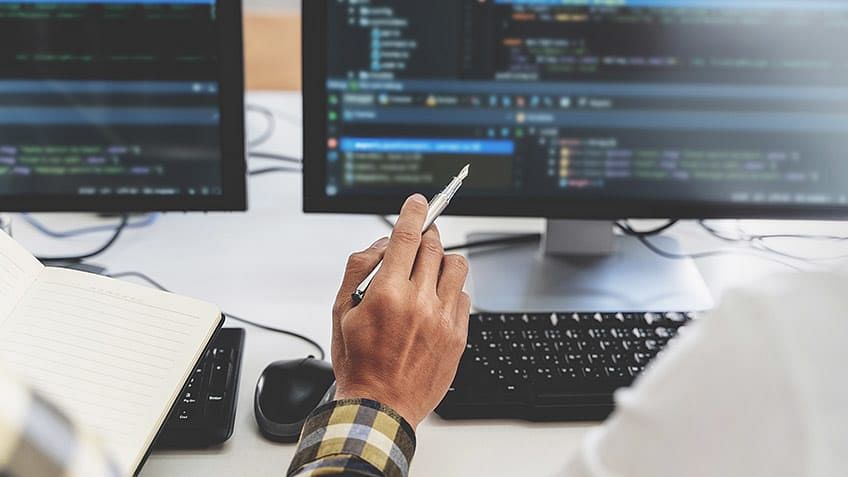 C++ is a versatile programming language that can be used for a variety of tasks. It's used to make operating systems, browsers, and games, among other things. C++ embraces a variety of programming styles, including procedural, object-oriented, and functional programming. As a result, C++ is both strong and versatile.

Bjarne Stroustrup started working on C++ in 1979 at Bell Labs as an extension to C. C++ extends the C language with several additional features, and is often referred to as a superset of C.

The “Hello World” application is the first step in learning any programming language. It's as simple as displaying the message "Hello World" on the output screen.

This article will teach you how to write your first C++ program, that is "Hello World!"

The position of the framework include files, a list of predefined macros, and other options for the EDG parser specifying language features and compatibility levels are all contained in a compiler description. Without a proper compiler specification for your compiler, you would not be able to successfully parse a software system.

General Architecture of the C++ Program

Use of Hello World Program

Hello World programs are traditionally used to demonstrate how the coding process works as well as to ensure that a language or system is working properly. They are typically the first programs that new coders learn and even those with little to no programming experience can quickly and correctly execute Hello World.

suitable for more than one line of instruction

Helps to understand the execution of the

Some of the header files are:

The main() function is required in any valid C++ programme. The curly braces indicate where the role begins and ends. This role is where code execution begins. As the name implies, this is our program's key function, and it is this function that starts the program's execution. The int here is the return type, indicating to the compiler that this function will return an integer value. The return 0 declaration at the end of the main function is primarily for this purpose.

It says the beginning of the program code. Both sentences are grouped together with two curly brackets "...."or the reach of the main() function is indicated by curly braces.

The text within the quotation marks is printed by std::cout. It has to be preceded by and then the format string. The format string in our example is "Hello World!"

The ; character denotes the end of a sentence.

The key function returns value 0 at the end. This statement returns 0 from the main() function, indicating that the main function was successfully executed. The number 1 denotes a failed execution.

This closed curly brace will be considered end of the program execution.

Another Example Code for Hello Message:

std::cout << "Welcome to the world of Cpp learning";

Welcome to the world of Cpp learning

By considering the above example, User can include any statements within the double quotes. Which may be treated as string. Whatever statement or characters given with in double quotes will be printed exactly prints it on to the output screen.

With this we come to an end of the C++ hello world program. In case you wish to take your programming career to the next level, enrol in the Simplilearn’s Post Graduate Program in Full Stack Web Development, in collaboration with Caltech CTME. In only a couple of months, you will master several programming languages and coding techniques and become a pro programmer, and full stack developer.

And in case you have any questions for us, leave them in the comments section below, and our experts will get back to you right away!