HomeResourcesSoftware DevelopmentLiterals in Java: All About the Types of Literals

Literals in Java: All About the Types of Literals 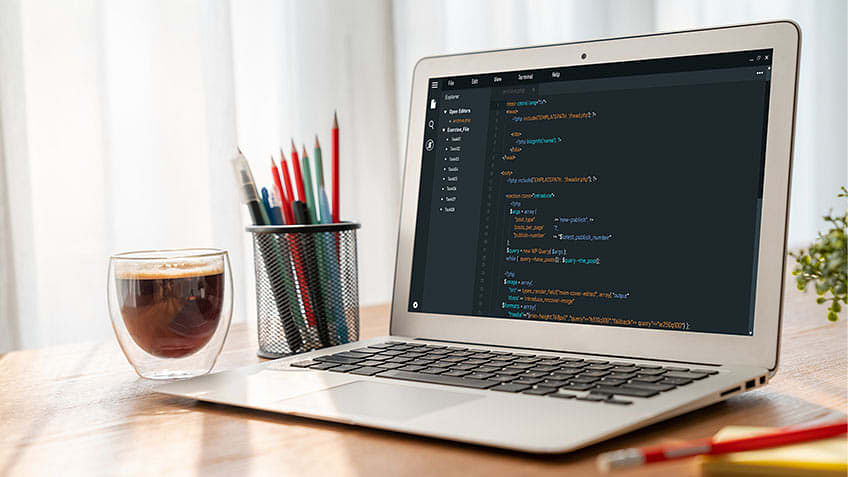 Programmers have a vast selection of tools at their disposal. The demand for more and better software, applications, and websites is on the rise, so programmers need to bring every helpful resource to bear to promptly create a reliable, excellent product. The need for more products drives the desire for ways to optimize programming for faster outputs, memory, and efficiency.

Today, we're looking at one element of Java programming called literals. This article demystifies literals, exploring what it is, what types exist, and how to use them, offering a few examples, and addressing the most asked questions.

Let’s begin with a definition.

What Are Literals in Java?

Variables are critical in programming because that’s how you store data in a particular memory location. For example, a Java program, while running, stores values in containers known as “variables,” which are defined as a basic storage unit. To enhance the program’s readability, the programmer must follow particular conventions while naming these variables and assigning values to them. For example, a source code representing a fixed value is "literal.”

Literals in Java are a synthetic representation of boolean, character, numeric, or string data. They are a means of expressing particular values within a program. They are constant values that directly appear in a program and can be assigned now to a variable. For example, here is an integer variable named ‘’/count assigned as an integer value in this statement:

“int count” is the integer variable, and a literal ‘0’ represents the value of zero.

Therefore, a constant value that is assigned to the variable can be called a literal.

Types of Literals in Java

Literals in Java are typically classified into six types and then into various sub-types. The primary literal types are:

Integral literals consist of digit sequences and are broken down into these sub-types:

Character (Char) literals are expressed as an escape sequence or a character, enclosed in single quote marks, and always a type of character in Java. Char literals are sixteen-bit Unicode characters ranging from 0 to 65535. Example: char ch = 077.

Boolean literals have only two values and so are divided into two literals:

So, Boolean literals represent the logical value of either true or false. These values aren't case-sensitive and are equally valid if rendered in uppercase or lowercase mode. Boolean literals can also use the values of “0” and “1.”

Null literals represent a null value and refer to no object. Nulls are typically used as a marker to indicate that a reference type object isn’t available. They often describe an uninitialized state in the program. It is a mistake to try to dereference a null value. Example: Patient age = NULL;

Remember, not everyone divides literals in Java into these six types. Alternative classifications split literals into as few as four types (Integer, Character, Boolean, and String) or as many as ten (Integer, Real, Backslash, Character, String, Floating-Point, Boolean, NULL, Class, and Invalid).

How to Use Literals

Programmers who want to incorporate literals in their program begin with the prefix “=,” followed by the specific value.

1. Can I get a simple, succinct definition of literals in Java?

Sure. Literals are constant values assigned to constant variables. Literals represent fixed values that cannot be modified. Literals are a synthetic representation of boolean, character, numeric, or string data, a medium of expressing particular values in the program.

2. What are literals used for in Java?

Literals are source code representations of a fixed value, represented directly in the code, without any computation.

3. So why should I use literals in Java?

To avoid having to define a constant somewhere and create a label for it. Instead, all you must do is write the value of a constant operand as part of the instructions. Literals are more memory efficient.

4. What are the different data types in Java?

5. Can literals in Java ever be changed?

No. Literals consist of immutable characteristics and thus cannot be changed. When programmers create a new variable or a constant, they define a data type and assign particular values. So, when the compiler reads a constant variable's value, it reads and interprets the values as Literals.

6. Why are strings immutable in Java?

Strings are immutable because it is a valuable property for programmers to work with. Immutable objects are easier to reason than their mutable counterparts, and copying the former is fast and easy. Also, immutable objects don't waste memory since the memory isn't changed when the strings are passed around. However, when you pass around mutable objects, their data can be modified by other objects in their path, which eats memory. Hence, choosing immutable objects over mutable ones at every opportunity would be best.

Now You Can Become a Full Stack Developer!

If you like the notion of becoming a full-stack developer, Simplilearn has the training tools to get you started. The Full Stack Java Developer Master’s program can advance your career as a full-stack developer. You will learn vital skills in demand by the IT industry, including Angular, Spring Boot, Hibernate, Servlets, and JSPs, in addition to MVC, web services, and SOA to help you build highly scalable web apps.

This program is designed to give you a solid understanding of front-end, middleware, and back-end Java web developer technologies. You will learn how to construct end-to-end applications, test and deploy code, store data using MongoDB, and much more.

Indeed reports that a full stack web developer in the United States can make an annual average of $101,402. So stop by Simplilearn today and get your start on a rewarding, challenging, in-demand career!

Map in Java: All About Map Interface in Java