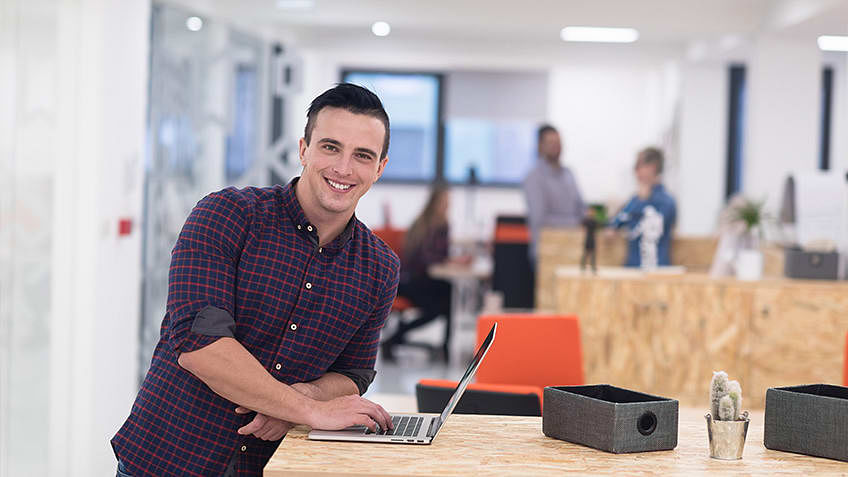 A disconnect exists among software developers, IT teams, operations, and product teams in companies that use traditional software development. DevOps serves to close this gap. Werner Vogels, CTO at Amazon, said in an interview that DevOps “brings developers into contact with the day-to-day operation of their software. It also brings them into day-to-day contact with the customer.” This definition also covers an engineer’s roles and responsibilities.

Ideally, a DevOps Engineer has a combination of soft and hard skills that enable them to overcome the barriers that arise between software development and operations teams during the code release process. This results in a smoother and more efficient release, a major reason why a DevOps Engineer salary is one of the most lucrative ones amongst the pool of jobs globally. With the DevOps market size expected to grow from USD 2.90 billion in 2017 to USD 10.31 billion by 2023, at a Compound Annual Growth Rate (CAGR) of 24.7 percent during the forecast period, both the demand for professionals with DevOps skills and Engineer salaries are on the rise. Businesses continue to profess and document their DevOps accomplishments, leading to:

What Does a DevOps Engineer do?

With all the soaring demand for DevOps Engineer job roles, you must be wondering what does a DevOps Engineer exactly do? The DevOps Engineer salary and perhaps the niche job role requirement might change depending on business to business. However, in general, DevOps Engineer roles emphasize the need for soft skills and technical skills. Knowing how to code covers the “Dev” part of DevOps. But in order to be a highly effective Engineer, you should have the following Ops skills, which embody the DevOps mindset:

These skills will let you eliminate complexity in product creation, minimize delays in deployment, and guarantee greater integration success across multiple platforms and operating systems.

Soft skills are necessary for cultivating good working relationships between the development teams, internal stakeholders, and customers. On the other hand, technical skills are key to putting together the final product. You need the following technical skills to efficiently handle the roles of an engineer:

1. An Understanding of Linux

Most DevOps projects are Linux-based. Configuration management tools like Ansible and Puppet also have their nodes on Linux. It’s therefore important to know the Linux environment and relevant scripting languages like Python, Pearl, or Ruby.

2. Knowledge of Tools and Technologies Used in Every DevOps Process.

Below are some commonly used tools:

Knowledge of DevOps tools is not enough. You should also know where and when to use those DevOps technologies and tools.

Understand the infrastructure as code (IAC) model and its application to solve deployment problems.

DevOps Salary Based on Company, Country, and Experience

An engineer’s salary is quite lucrative but varies depending on the company, geography, and experience. For instance, an entry-level DevOps position’s pay will be considerably less than a senior DevOps Engineer salary.

DevOps Engineer Salary: Based on Country and Location

DevOps Salary: Based on Organization

It goes without saying that DevOps Engineers are in high demand. However, there are a few named organizations that offer lucrative salaries to Engineers. For example, here’s what DevOps Engineer annual salaries look like in a small sample taken from United States companies, according to Glassdoor. Although not every company can match an AWS DevOps Engineer salary, the range is fairly tight and the compensation is generous.

Becoming a DevOps Engineer: What Does it Take?

There is no one set career path for becoming an engineer. A software developer interested in network operations and product deployment can become an engineer. Similarly, if you’re a systems admin, you can learn scripting skills, move into software development, and help improve testing and deployment. It takes a willingness to break away from the boundaries set by your earlier training and job descriptions.

Take the First Step to Becoming a DevOps Engineer Today!

DevOps is the future. A lot of companies know it works and are adopting or planning to adopt this development mindset. It’s up to you to improve your skills in order to meet the cut. You can get started by enrolling in Simplilearn’s DevOps Engineer Master’s Program. You can further expand your DevOps training by taking Simplilearn’s Post Graduate Program in DevOps.

We also have plenty of material that will aid you in further research, give you the confidence to seek out new projects and roles, provide benchmarks for your new products, and help you build momentum for your new DevOps career. These include:

Check out Simplilearn today, and get started on that exciting new DevOps Engineering career with a lucrative DevOps salary!