Guide to Getting Started With Kubernetes [2023 Edition]

Lesson 2 of 5By Karin Kelley 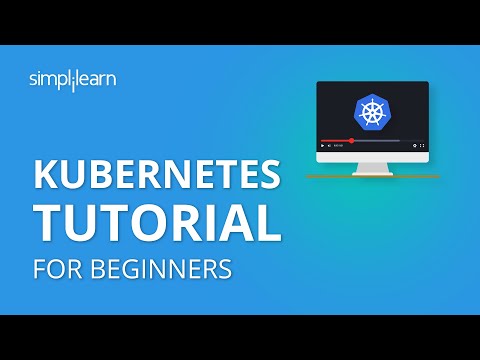 Kubernetes has grown tremendously over the years and is considered by many to be one of the best orchestration tools today. That’s why professionals who are interested in a career in DevOps or cloud computing have been gaining expertise with this wildly popular and effective framework to advance their careers. Behemoths like Google, Airbnb, Spotify, Pinterest, and more have all been leveraging Kubernetes for years.

Let’s dig into how professionals can work at getting started with Kubernetes.

Next in the Getting Started with Kubernetes tutorial, we will learn about some of the salient features of Kubernetes such as:

Google initially developed Kubernetes—first introduced as a project at Google and then as a successor to Google Borg. Kubernetes was initially released in 2014 to make it easier to run applications on the cloud. The Cloud Native Computing Foundation currently maintains Kubernetes.

Upon completion of this getting started with Kubernetes tutorial, enhance your Kubernetes skills and gain credibility in the field with the Certified Kubernetes Administrator Training Course.

Kubernetes is a container management system. It is an open-source, portable system to automate the deployment and management of containers that eliminates many of the manual processes required to run applications on the cloud. In practice, Kubernetes is most commonly used alongside Docker for better control and implementation of containerized applications.

The following are a few differences between Kubernetes and Docker Swarm:

Before diving any deeper in the Getting Started with Kubernetes tutorial, let’s first look at the hardware and software components of Kubernetes architecture.

A node is the smallest unit of hardware in Kubernetes. It is a representation of a single machine in the cluster. A node is a physical machine in a data center or virtual machine hosted on a cloud, like Google Cloud Platform.

Kubernetes does not work with individual nodes; it works with the entire cluster. Nodes combine their resources to form a powerful machine known as a cluster. When a node is added or removed, the cluster shifts around the work as necessary.

To store data permanently, Kubernetes uses persistent volumes. Nodes combine their resources to form a powerful machine known as a cluster. When a node is added or removed, the cluster shifts around the work as necessary.

Containers are self-contained environments to execute programs. The programs are bundled up in a single file (known as a container) and then shared over a network. Multiple programs are added to a single container, with a limit of one process per container. Programs run on the Linux package as containers.

A pod represents a group of one or more application containers bundled up together and is highly scalable. If a pod fails, Kubernetes automatically deploys new replicas of the pod to the cluster. Pods provide two different types of shared resources: networking and storage. Kubernetes manages the pods rather than the containers directly. Pods are the units of replication in Kubernetes.

Pods cannot be launched on a cluster directly; instead, they are managed by one more layer of abstraction: the deployment. A deployment’s fundamental purpose is to indicate how many pods are running simultaneously. The manual management of pods is eradicated when deployment is used.

Ingress allows access to Kubernetes services from outside the cluster. You can add an Ingress to the cluster through either an Ingress controller or a load balancer. It can provide load balancing, SSL termination, and name-based virtual hosting.

Now that you know about the hardware and software components let’s go ahead and dive deep into the Kubernetes architecture itself.

The master node is the most vital component responsible for Kubernetes architecture.

It is the central controlling unit of Kubernetes and manages workload and communications across the clusters.

The master node has various components, with each one having its process. They are:

Next in the getting started with Kubernetes tutorial we’ll look at the New York Times as a practical use case of Kubernetes.

To conclude, the New York Times has gone from a ticket-based system for requesting resources and scheduling deployments to an automatic system using Kubernetes.

Next up in the getting started with Kubernetes tutorial, let us quickly dive in a demo.

2. Install the necessary dependencies by using the following command:

Start and enable Docker with the following commands:

4. Install the necessary components for Kubernetes.

Then download and add the key for the Kubernetes install:

Then, add a repository by creating the file /etc/apt/sources.list.d/kubernetes.list and enter the following content:

Save and close that file.

Install Kubernetes with the following commands:

5. Before initializing the master node, we need to swap off by using the following command:

You get three commands: copy and paste them and press  and “enter.”

8. To see all pods deployed, use the following command:

9. To deploy an NGINX service (and expose the service on port 80), run the following commands:

10. To see the services listed, use the following command:

Kubernetes is the most widely used container management system in the world, and there are plenty of career opportunities surrounding technology. If this Getting Started with Kubernetes Tutorial intrigues you and you think you are ready to start a career or jumpstart your existing IT career in the exciting field of cloud computing, you should check out our Certified Kubernetes Administrator (CKA) Certification Training program. You learn everything you need to know to deploy applications in the cloud that perform the fastest and are the most manageable.

If you’re looking to dive deeper into the world of containers and cloud development, our DevOps Engineer Master’s or Post Graduate Program in DevOps, offered in collaboration with world-renowned Caltech, might be a new avenue for you to consider.