HomeResourcesDevOpsMaven Tutorial for BeginnersHow to Create a Maven Project in Eclipse

Lesson 4 of 5By Ishan Gaba 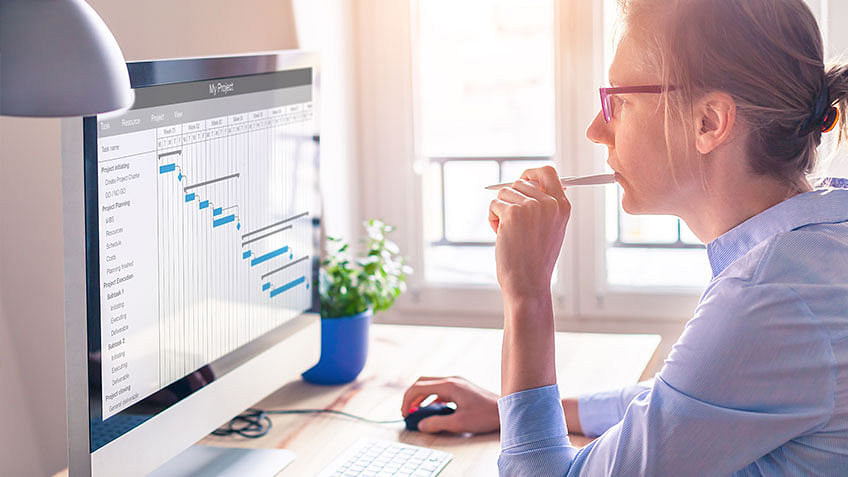 Maven is primarily used for Java-based projects—one of the world’s most widely used programming languages. When we talk about Java, Eclipse is the integrated development environment (IDE) that often comes to mind.

Eclipse is one of the most popular IDEs for Java and Android application development. It provides an excellent plugin, M2Eclipse, which integrates Maven and Eclipse.

M2Eclipse automatically downloads required dependencies from remote Maven repositories. The outputs of the Maven commands can be seen in Eclipse through its console. Maven dependencies can be updated with the IDE, and Maven builds can be launched within Eclipse.

The first step is to open Eclipse, which comes with the integrated Maven environment. For this demo, we are using the Oxygen version of eclipse.

After opening Eclipse, choose the workspace you want to use.

The Eclipse window opens on the screen. Since there aren’t any projects yet, complete the following steps:

The dialog box that appears on the screen will display different types of projects.

A dialog box will appear. Select the default workspace.

Several Group IDs, Artifact IDs, and Versions will then appear.

In the next dialog box that appears, you’ll complete the following steps:

These items can all be modified at a later time if needed.

The project is now created.

You can see all the basic information that you have entered on the screen, such as the Artifact ID, Group ID, etc.

You can see the junit dependencies have been added.

This process takes place by default in Eclipse. There will also be some by default test cases.

There you can find AppTest.java to be a default test case.

When you click on that, you can see the test cases written in JUnit on your Eclipse screen.

When it comes to adding more test cases, it will depend on the user, but these test cases and commands can easily be added in the workspace.

If we try to remove certain dependencies from our file, we will receive error messages. To troubleshoot this, complete the following steps:

Immediately, there will be several error messages in the AppTest.java.

Return to the previous screen and undo the deletion. The errors that occurred will disappear.

Do you have any questions for us? Let us know in the comments section, and our experts will be happy to answer them for you.

Want to up Your Skills in Software Development?

Automation is the new cornerstone in all aspects of IT today, and people who have expertise in tools like Maven are in high demand. If you’re ready to boost your career in software development, check out our Automation Testing Engineer Master’s program today!