HomeResourcesBig DataWhy Use MongoDB: What It Is and What Are the Benefits

Why Use MongoDB: What It Is and What Are the Benefits 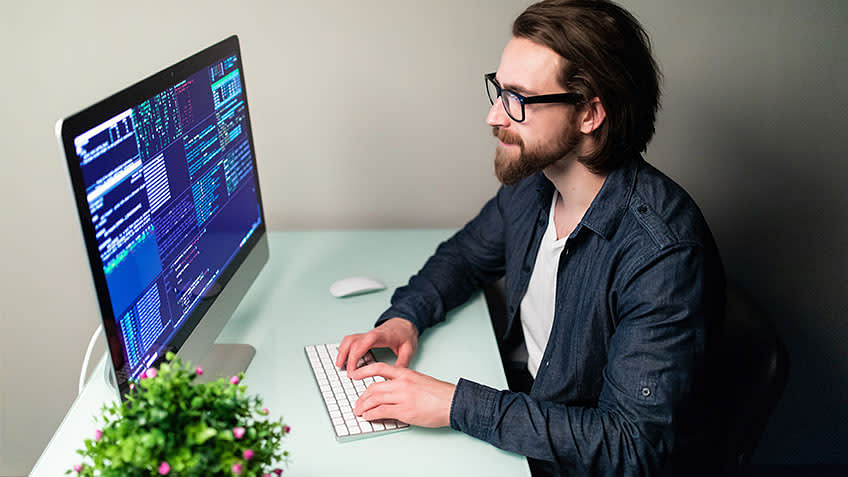 We’re living and working in a data-driven world. So, if you want to make the most of that data, you need organized, easily accessible information. In other words, you need a database. A database is any structured information or data specially organized and stored in a computer for fast retrieval and search.

Okay, that’s great, but there’s a lot of databases out there. So, which is the right one?

MongoDB is a popularly used NoSQL (not only SQL) database. Surely, you would have heard about this several times, if you’re interested in this topic. This tutorial on What is MongoDB will give you a deep understanding of its working and applications.

Now that you know what’s in store for you, continue reading the tutorial;

Structured Query Language (SQL) existed even before the World Wide Web. However, as websites' functionality grew, developers wanted to generate web pages using content that could change over time without redeploying the code. As a result, Not only SQL or NoSQL was developed. NoSQL has relaxed ACID (atomicity, consistency, isolation, durability) properties and guarantees better performance, scalability, flexibility, and reduced complexity.

MongoDB was released on August 27th, 2009. Version 1 was basic, while version 2 introduced features like sharding, usable and special indices, geospatial features, memory, and concurrency improvements, among others. Version 3 came with an aggregation framework mainly as a supplement to the aging MapReduce framework.

MongoDB was created in 2009 as an open-source, highly scalable, robust, and free NoSQL database. It also has a commercial version. You can find MongoDB’s source code on GitHub.

MongoDB has cultivated a reputation as a versatile, flexible database and is currently used today as the backend data store of many high-profile businesses and organizations such as Forbes, Facebook, Google, IBM, Twitter, and many more.

Incidentally, NoSQL is short for “Not Only SQL.”

There are four major reasons why MongoDB is being deployed more often. They are:

MongoDB uses documents that can contain sub-documents in complex hierarchies making it expressive and flexible. MongoDB can map objects from any programming language, ensuring easy implementation and maintenance.

The user can selectively index some parts of each document or a query based on regular expressions, ranges, or attribute values, and have as many properties per object as needed by the application layer.

Native aggregation allows users to extract and transform data from the database. The data can either be loaded into a new format or exported to other data sources.

Applications get the power and responsibility to interpret different properties found in a collection's documents.

MongoDB can serve diverse sets of data and multiple purposes within a single application.

The document-oriented approach allows non-defined attributes to be modified on the fly. This is a key contrast between MongoDB and other relational databases.

It is built to scale, both vertically and horizontally. Using the technique of sharding, an architect can achieve both write and read scalability. Data balancing occurs automatically and transparently to the user by the shard balancer.

Data gets replicated across a replica set without a complicated setup.

JSON is widely used across for frontend and API communication. It only makes sense for the database to use the same protocol.

The Benefits of MongoDB

MongoDB brings a host of benefits to the table. Its advantages include:

When Should You Use MongoDB, and When Shouldn’t You?

Although MongoDB is a great database, there are times when you should and shouldn’t use it. It’s not universally applicable. Like any other tool, it has limitations.

However, MongoDB is not a cure-all. Here’s when you shouldn’t use a non-relational database.

The entire database consists of collections. These collections hold multiple documents, and since MongoDB is schemaless, the documents in one collection need not be similar. All data is stored as BSON documents with the help of key-value pairs. At the backend, MongoDB converts JSON data into a binary format known as BSON. MongoDB also makes provision for nested data. This makes fetching data comparatively efficient.

Several areas of technology use MongoDB as their Database Management System.

MongoDB has its fans, and here are a few examples of organizations or companies that use the database.

Companies like Toyota, Cisco, Verizon, Barclays, and Google among others are readily deploying MongoDB as the DBMS.

As you can see, MongoDB is a huge hit in the IT world. Knowing how to leverage the tool when building applications and services can help you stand out from the crowd when looking for a new and hopefully better job. To learn how you can use MongoDB to jumpstart your software development career, look no further than Simplilearn, specifically our MongoDB certification would be helpful.

Delivered in collaboration with Caltech CTME, this comprehensive online bootcamp will give you everything you need to become a full stack web developer in just a few months. You will learn through over 250 hours of interactive applied learning, 20 lesson-end and five phase-end projects, masterclasses from Caltech CTME faculty, a capstone project in four domains, and much more. What’s more, upon completion, you will receive a Post Graduate Certificate from Caltech CTME, up to 25 CEUs, Caltech CTME Circle Membership, and more. What are you waiting for?

Find MongoDB Developer and Administrator in these cities