What is System Software? 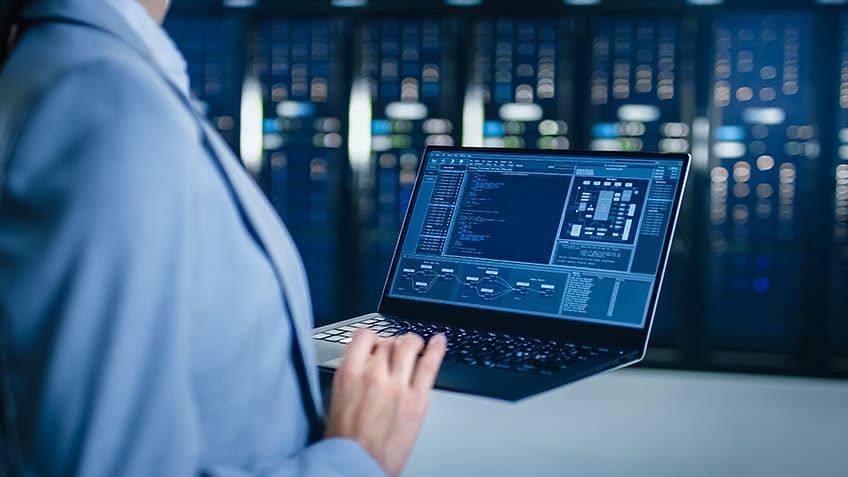 There are different systems software types, including Windows, Linux, MacOS X, BSD, etc. Each type of system software has its own set of unique characteristics.

The versatility of system software is determined by how many different programs it can run simultaneously. A good example would be Microsoft Windows. Hundreds of applications run on Windows, ranging from games video editing, audio recording, photo processing, and much more. Most of these apps are free, but some have a cost associated with them depending on what version has been downloaded for use.

The difficulty of manipulating a system software is determined by how difficult it is to change settings and configurations. Many modern systems have user-friendly interfaces, allowing users to set their preferences. However, if the design requires advanced skills, a novice may need help to figure out how to do something.

4. Close to the System

The closeness of system software to the System determines its accessibility.

System software is essential for a computer to function properly. And the most common types of system software are operating systems, device drivers, middleware, utilities, and programming language interpreters.

Operating systems are the most important type of system software. An operating system is a software that controls how your hardware works, which means it manages the computer's memory, processes, and all of its software and hardware.

Every operating system has certain advantages and disadvantages, ranging from simple to complex. For example, Windows 10 is very similar to Windows 8.1 but with some significant improvements. In addition, you can install additional software programs and add-ons to enhance your experience.

Firmware is a type of software that is embedded in a hardware device. It controls the device and performs its essential functions. Firmware is usually stored in read-only memory (ROM), which means it cannot be modified or deleted. However, some devices have firmware that can be updated. Firmware updates can be downloaded from the manufacturer's website or installed from a CD or USB drive.

BIOS (basic input/output system) is a firmware code that is executed when a computer is powered on. It performs a power-on self-test (POST) and initializes the computer before loading the operating system. The BIOS is stored in a ROM (read-only memory) chip on the motherboard.

UEFI (unified extensible firmware interface) is a newer type of firmware that offers more features than BIOS. UEFI is designed to be platform-independent and can be used with a variety of operating systems. UEFI also supports a larger boot volume than BIOS and can boot from devices with a 2TB or more capacity.

Utilities are programs that help maintain and optimize a computer's performance.

Utility programs are usually bundled with the operating system or can be downloaded from the internet.

The main features of application software include the ability to:

Other features may include the ability to:

System software is responsible for managing a computer's resources and providing standard services for computer programs.

System software includes the operating system and a variety of utility programs that help manage a computer's resources and provide standard services for computer programs, which is the common feature of system software.

Operating systems manage a computer's resources, such as memory, processors, and I/O devices. They also provide a platform for running application programs. The most common operating system today is Microsoft Windows, which runs on personal computers, servers, and many mobile devices. Other popular operating systems include Apple's macOS, Google's Android, and Linux.

What Does an Operating System Do?

A computer's operating system is responsible for managing its memory. This responsibility includes allocating memory to different programs, keeping track of which parts of memory are being used by which programs, and reclaiming memory when it is no longer needed.

Memory management is a critical part of the operating system's job and must be done carefully to ensure that the system runs smoothly. If memory is managed correctly, programs can interfere with each other, and the system can become stable.

Several techniques can be used for memory management, and the operating system will typically use a combination. Some of the most common techniques include paging, segmentation, and caching.

There are three modes of Computer System Operation they are:

In this mode, only one user can access the system simultaneously. This Single-User Mode is the most common mode of operation for personal computers.

In this mode, multiple users can access the system simultaneously. This Multi-User Mode is the most common mode of operation for servers.

In this mode, the system is spread across multiple machines, each running a portion of the system. This Distributed Mode is the most common mode of operation for large systems, such as enterprise networks.

If you are interested in further enhancing your software development skills, we would recommend you to check Simplilearn’s Post Graduate Program in Full Stack Web Development. This course, designed in collaboration with Caltech CTME, can give you the opportunity to hone your skills and become job-ready.