A Brief Guide on S-curve in Project Management 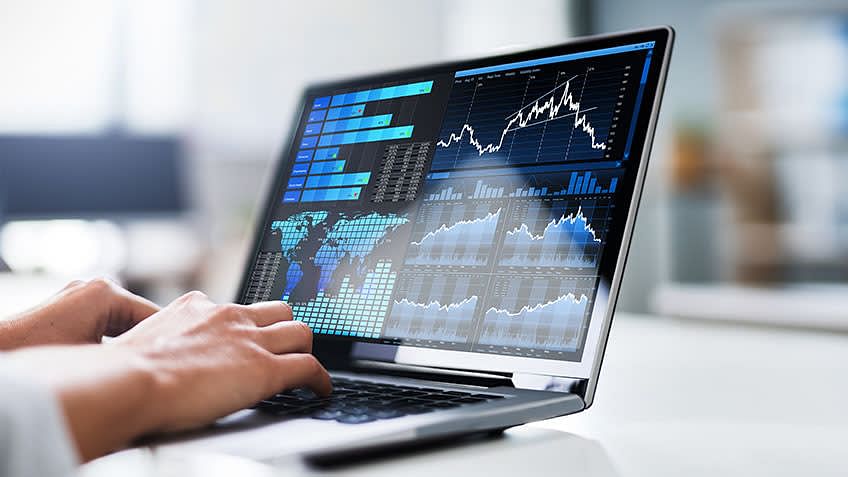 An s-curve in project management is a statistical graph or representation that accurately depicts the cumulative data needed for a project or activity. Cost or person-hours can be plotted against time in this data.

What Is S-curve in Project Management?

The s-curve in project management takes this shape since a project's initial growth is typically slow. The point of inflection is where growth is at its maximum and begins to accelerate rapidly as additional progress is achieved, creating the upward slope which makes up the center of the "s." It is when the resources work tirelessly and the most significant expenses are incurred. The growth slows down after the point of inflection, creating the upper asymptote of the "s" or the "mature" stage of the project. It is because the project is winding down and is mostly finished now. Just the final touches and final approvals are pending.

22 Million Jobs by 2027 in Project Management

To construct an s-curve, you require monitor parameters and time intervals. Cost, labor units (person-hours), the number of deliverables, and others are some monitoring factors. The time, expressed in weeks, days, or months, specifies how frequently metrics need to be evaluated. Monitoring metrics are plotted on the vertical axis, while time is represented on the horizontal axis.

There are several types of s-curves, such as:

A schedule is prepared to outline the estimated resource allocation and work sequencing before the project begins. The schedule is referred to as the baseline schedule, and the s-curve derived from it is termed a baseline s-curve.

This s-curve depicts the expected progress of the project. If any of the project's parameters, such as its duration or scope, change, the baseline schedule could be modified.

After the project begins, modifications may be made to the baseline schedule. This modified baseline schedule is called the production schedule and evolves as the project progresses. The production schedule can generate a target s-curve, depicting the project's ideal progression as though the actual progress equals the planned progress. The target s-curve will intersect with the baseline s-curve at the end of a project in an ideal case where every project is completed under budget and on time.

If the project is completed ahead of schedule and under budget, it would end up beneath, to the left of, the baseline s-curve. As projects are typically over budget and delayed, the target s-curve usually ends over and to the right.

For projects that involve non-labor expenses and labor expenses like hiring, subcontracting, and providing materials, the costs vs. time s-curve are helpful. It may be used to determine the project cash flow and cost and displays the overall costs incurred during the project life cycle.

Absolute quantities, such as expenses vs. time, values vs. time, or person-hours vs. time, can be represented as S-curves. Value s-curves may be used to determine both the man-hours or the cost already spent on the project and the number of man-hours or costs required to complete it.

The actual and planned completion percentages of a project can be compared using percentage s-curves and the project's growth and contraction rates.

This curve illustrates the number of man-hours put into a project over time. The sum of the number of hours plus the human resources needed denotes the man-hours.

Common Uses For the S-Curve in Project Management

S-curves are helpful for a variety of things throughout a project. Following are some of the most significant uses for s-curves:

S-curves are mostly used to assess the state of the project and its performance. With the help of earned value management, this is accomplished. To determine the project's current progress and future projections, a variety of elements must be considered, like planned value, value earned, and actual cost. To produce results, all of these variables must be compared with the planned S-curve.

This comparison is helpful because it can determine whether the project is going over budget or whether one of the tasks is running behind schedule.

The s-curve predicts cash flow development and the changes it will bring. The timing and movement of cash in relation to the events and tasks occurring during the execution of the project are known as cash flow. Stakeholders find this curve to be useful. The main advantage of creating a cash flow curve is the ability to assess the requirement for cash and the precise timing of when the money is due under the responsibilities undertaken by the organization.

S-curve in project management can also be used to estimate the output volume that the project will produce. It is utilized more frequently in the manufacturing and construction sectors.

The most important function of the s curve in project management is the range of potential completion dates for the project indicated by the banana shape curve. One type is the curve that presents the early dates, and the other presents the late dates. The project's beginning and finish typically overlap between these two forms of s-curves. They take on a banana-like shape, therefore the term Banana Curves.

How Does the S-Curve Help a Manager Make Decisions?

Since real-time cumulative data from multiple project elements on an s-curve can be contrasted with projected data, it is useful for tracking project success and determining whether an element is progressing or not.

Understanding the Lines in an S-Curve

The lines on an s-curve are:

A front-loaded s-curve starts sharply and suddenly and flattens off over time. In this case, more resources and time are used during the project's early phases. Projects that involve significant repetition but little pre planning time may experience this. It is often seen for projects which have been hurried from the beginning.

With many parameters to track when managing a project, the s-curve comes in handy. It is an excellent tool for keeping track of costs related to labor hours and other factors. Our Post Graduate Program in Project Management  provides an in-depth understanding of the different project management skills anyone looking to become a successful project manager needs. Explore now!

What Is a ROC Curve, and How Do You Use It in Performance Modeling?