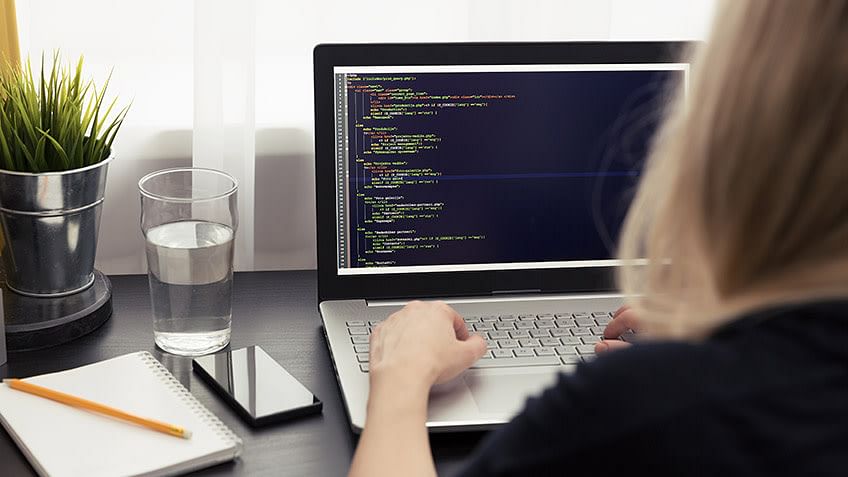 Lists are probably one of the most important and widely used data types in Python. A list in Python is a data-type that is used to store multiple values, elements, or other data types. Lists are changeable, can contain multiple duplicate values, and are ordered. It is also possible to also perform indexing and slicing with lists. The items in the lists have an order, so the elements remain in the same order in which they were inserted. Moreover, you can change the list, add, or remove elements from the list.

Python has an in-built function called reverse() which can be directly used to reverse a list. And this is probably the most efficient and direct method to do so. However, there are several other workarounds as well which this article will discuss.

So with no further ado, let’s get started.

The general syntax of the reverse() method is -

Please note that it invokes the reverse method on a list and does not take any input, arguments, or parameters. Also, it does not return any value but changes the original list. It simply inverts the order of elements in the list and is the most efficient method in terms of both performance and speed. Let’s see how to do so with an example.

Here, there is a defined function that takes as input a list of names. Then, it invoked the built-in reverse() method on this list which changes the list itself and reverses it. After that, it returned the same modified list. Let’s verify the output.

You can see that the list has been reversed successfully.

There is also another method called reversed() which can be used to reverse any data-type such as a list, tuple, string, etc. The difference between the reverse() and reversed() method is that the reversed() method does not reverse the list in-place or modify it. Neither does it return another reversed copy of the original list. What it does is, it will return a reversed iterator that points to the last element to be used to iterate the list and get the elements in reversed order.

Let’s try to understand this with the help of an example.

Let’s verify the output of the above program.

You can see that the program has printed all the elements of the list in reversed order and the original list is still preserved.

This method is a new trick to invert a list. It does not perform any sort of in-place modification. In fact, it creates a new copy of the list and is memory in-efficient. Let’s understand this with the help of an example.

In the above program, you saw the act of list slicing to invert the list. There is no defined start and stop values in the list slicing parameters. This means that it takes the default values which are the list start and end. For the step value, you saw the use of -1, which means that the traversal must start from the end to the beginning of the list. Let’s verify the output by executing the program.

You can see that the list has been reversed using the list slicing technique. This is probably the fastest way to invert a list, however, it is memory inefficient as it copies the entire list.

It is possible to use the simple for loop to reverse a list in Python. It is the easiest way to understand, however; it takes a lot more lines of code to perform the same operation. Let’s see how to reverse a list using the for loops.

In the above program, you saw that it first created an empty list that will store all the values of the original list in reversed order. There is the use of a simple for loop to traverse all the elements of the original list one-by-one. In each iteration, you saw that it appended the element at ( len(inputList) - 1 - i ). Thus, for the first element at index 0, this value returns 9 - 1 - 0 = 8 which is the index of the last element and so on.

Let’s verify the output of this program.

Reversing a list in Python using for loop is a tedious task as compared to other methods and also consumes a lot of memory since a copy of the list has to be made and also, the length of the list needs to be calculated which increases the execution time.

You can use list comprehension to reverse a list in Python. Let’s understand this with the help of the below program.

In the above program, you saw the use of list comprehension to reverse a list. The range of the list consists of three values. The first value is the starting value which is the ending index of the list. The second value is the index just preceding the starting index because a for loop traverses up to an element just before the ending index i.e, excluding the stop index.  The step value is -1 which means that the traversal has to be done in reverse order. Let’s verify the output.

List comprehension is better than the for loop technique, however, it’s still inefficient as it creates a new list and contains more computation than any other method.

To conclude, in this comprehensive guide, you looked into what lists in Python are, and the different ways through which you can reverse a list in Python. This article discussed techniques such as reversing a list using the built-in reverse() and reversed() methods, list slicing, for loops, and list comprehensions. You also got to know which ones are efficient and can be used compared to others.

We hope that this article on reversing a list in Python will equip you with multiple techniques and find out the best ones for yourself. If you have any questions for us, leave them in the comments section of this article. Our experts will get back to you as soon as possible!

Reverse A String In Python