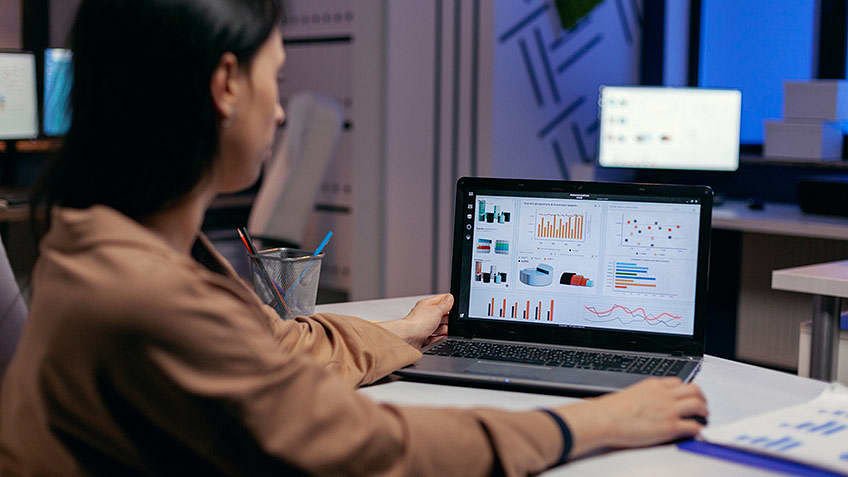 Scikit-learn is a Python machine learning method based on SciPy that is released under the 3-Clause BSD license.

David Cournapeau launched the project as a Google Summer of Code project in 2007, and numerous people have contributed since then. A list of core contributors can be seen on the About Us page, and a group of volunteers are currently responsible for its upkeep.

Scikit-learn is mostly built-in Python, and it heavily relies on NumPy for high-speed array operations and linear algebra. In addition, to boost performance, some key algorithms are written in Cython. A Cython wrapper around LIBSVM implements support vector machines; a similar wrapper around LIBLINEAR implements linear support vector machines and logistic regression. It might not be possible to implement these methods only by using Python in such instances.

Many other Python libraries, such as SciPy, Matplotlib, plotly for graphing, Pandas data frames, NumPy for array vectorization, etc., work well with Scikit-learn. In this article, we will learn all about SkLearn Clustering.

Clustering are unsupervised ML methods used to detect association patterns and similarities across data samples. The samples are then clustered into groups based on a high degree of similarity features. Clustering is significant because it ensures the intrinsic grouping among the current unlabeled data.

It can be defined as, "A method of sorting data points into different clusters based on their similarity. The objects with possible similarities are kept in a group with few or no similarities to another."

It accomplishes this by identifying comparable patterns in the unlabeled dataset, such as activity, size, color, and shape, and categorizing them according to the presence or absence of those patterns. The algorithm receives no supervision and works with an unlabeled dataset since it is an unsupervised learning method.

Following the application of the clustering technique, each group or cluster is given a cluster-ID, which the ML system can utilize to facilitate the processing of huge and complicated datasets.

The Scikit-learn library has a function called sklearn.cluster that can cluster unlabeled data.

Now that we understand clustering, let us explore the types of clustering methods in SkLearn.

Some of the clustering methods that are a part of Sci-kit learn are as follows:

This approach is mostly used to find blobs in a sample density that is smooth. It iteratively assigns data points to clusters by moving points to higher-density data points. It sets the number of clusters automatically rather than relying on a parameter called bandwidth to determine the size search over that of the region.

sklearn.cluster is a Scikit-learn implementation of the same.

To perform Mean Shift clustering, we need to use the MeanShift module.

In KMeans, the centroids are computed and iterated until the best centroid is found. It necessitates the specification of the number of clusters, presupposing that they are known already. The primary concept of this algorithm is to cluster data by reducing the inertia criteria, which divides samples into n number of groups of equal variances. 'K' represents the number of clusters discovered by the method.

The sklearn.cluster package comes with Scikit-learn.

This algorithm creates nested clusters by successively merging or breaking clusters. A tree or dendrogram represents this cluster hierarchy. It can be divided into two categories:

BIRCH stands for Balanced Iterative Reducing and Clustering with Hierarchies. It's a tool for performing hierarchical clustering on huge data sets. For the given data, it creates a tree called CFT, which stands for Characteristics Feature Tree.

The benefit of CFT is that the data nodes, known as CF (Characteristics Feature) nodes, store the required information for clustering, eliminating the need to store the complete input data in memory.

We use the sklearn.cluster to implement the same in the Scikit-learn cluster.

Before clustering, this approach executes dimensionality reduction in a lesser number of dimensions by using the eigenvalues, or spectrum, of the data's similarity matrix. When there are a significant number of clusters, this approach is not recommended.

sklearn.cluster is used in Sci-kit learn.

To do Spectral clustering, use the SpectralClustering module.

The idea of ‘message passing' between distinct pairs of samples is used in this algorithm until it converges. It is not necessary to provide the number of clusters prior to running the algorithm. The algorithm's temporal complexity is of the order of O(N2T), which is its main flaw.

In Scikit- learn, we use the sklearn.cluster.

OPTICS stands for Ordering Points To Identify the Clustering Structure. In spatial data, this technique also finds density-based clusters. Its core working logic is similar to that of DBSCAN.

By organizing the points of the database such that spatially closest points become neighbors in the ordering, it tackles a significant flaw in the DBSCAN algorithm—the challenge of recognizing meaningful clusters in data of changing density.

sklearn.cluster is a Scikit-learn cluster.

To execute OPTICS clustering, use the OPTICS module.

DBSCAN or Density-Based Spatial Clustering of Applications with Noise is an approach based on the intuitive concepts of "clusters" and "noise." It states that the clusters are of lower density with dense regions in the data space separated by lower density data point regions.

sklearn.cluster is used in implementing clusters in Scikit-learn.

Comparison of Clustering Methods Based on Parameters, Scalability, and Metric

Let us compare the Sklearn clustering methods to get a clearer understanding of each. The comparison has been summarized in the table below:

Are you considering a profession in the field of Data Science? Then get certified with the PG in Data Science today!

Sklearn Clustering is an important aspect of its applications in Machine Learning, statistics, etc. It consists of unsupervised machine learning methods, namely:

To make the best of these concepts, one needs to consider studying these topics in depth.

To gain expertise in the domain of data science and become a certified expert, consider checking out Simplilearn’s Data Science Certification now! Join the data science program today to master Sklearn clustering and other cutting edge data science tools and skills within 12 months.

What Is a Hadoop Cluster?