How to Remove Duplicates in Excel? A Step-By-Step Guide 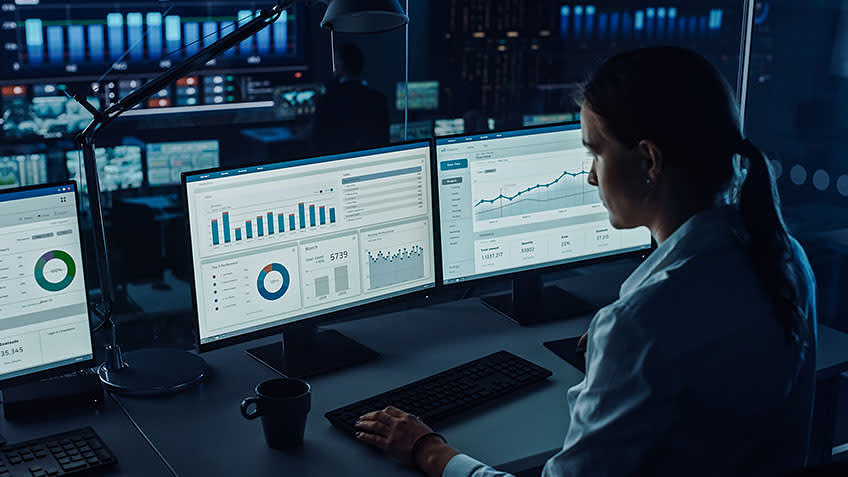 Scikit-learn provides a standard Python interface for a variety of unsupervised and supervised learning techniques. It is distributed under several Linux distributions and is licensed under a BSD simplified permissive license, encouraging commercial and academic usage.

Scikit-learn is based on SciPy (Scientific Python), which needs to be installed before you can use it. This stack contains the following items:

In this article, we will learn about Sklearn Support Vector Machines.

Support vector machines (SVMs) are supervised machine learning algorithms for outlier detection, regression, and classification that are both powerful and adaptable. Sklearn SVMs are commonly employed in classification tasks because they are particularly efficient in high-dimensional fields. Because they use a training points subset in the decision function, SVMs are popular and memory efficient.

SVMs' main purpose is to partition datasets into a large number of classes in order to discover a Maximum Marginal Hyperplane (MMH), which can be done in two steps:

Now that we understand what Sklearn SVMs are, let us look at how Sklearn Support Vector Machines work.

How Does Sklearn SVM Work?

In order to construct a hyperplane, SVM uses extreme data points (vectors), which are referred to as support vectors. The SVM algorithm's main goal is to find an ideal hyperplane with a large margin that can create discrete classes by dividing it into an n-dimensional space.

The following are some crucial principles in SVM:

LinearSVC stands for Linear Support Vector Classification. It's analogous to SVC's kernel = 'linear' setting. The distinction between the two is that LinearSVC is written in liblinear, whereas SVC is written in libsvm. That's why LinearSVC gives you more options for loss functions and penalties. It also handles a larger number of samples better.

It does, however, support the following penalty and loss parameters:

NuSVC stands for Nu Support Vector Classification. It's yet another scikit-learn class that can conduct multi-class categorization. NuSVC is similar to SVC; however, it accepts slightly different arguments. The parameter that is not the same as SVC is as follows:

The rest of the attributes and parameters are identical to those found in SVC.

It's a C-based support vector classification system based on libsvm. sklearn.svm.SVC is the module used by scikit-learn. This class is responsible for multi-class support using a one-to-one mechanism.

Now that we have explored the Support Vector Machines’ categories, let us look at some implementable examples.

We implement SVM in Sklearn in all three categories:

Parameters to Understand Before Diving Into Examples

The model fitting is done through the following two arrays:

We use the sklearn.svm.NuSVC class to perform implementation in NuSVC.

We use the sklearn.svm.SVC class to perform implementation in SVC.

The Sklearn Support Vector Machine Technique is a machine learning algorithm that is supervised and may be used to solve problems like regression and classification. It has the following principles:

In SkLearn, we use the various modules contained in the sklearn.svm package to implement the Support Vector Machines and perform various operations.

To master the various concepts of Sklearn and other related Data Science tools and concepts and level up as a senior data scientist, enroll in Simplilearn’s comprehensive Data Science Master’s Program training now! This training course features exclusive hackathons, masterclasses, and Q&A sessions hosted by IBM experts and so much more.

What Is Scikit Learn?