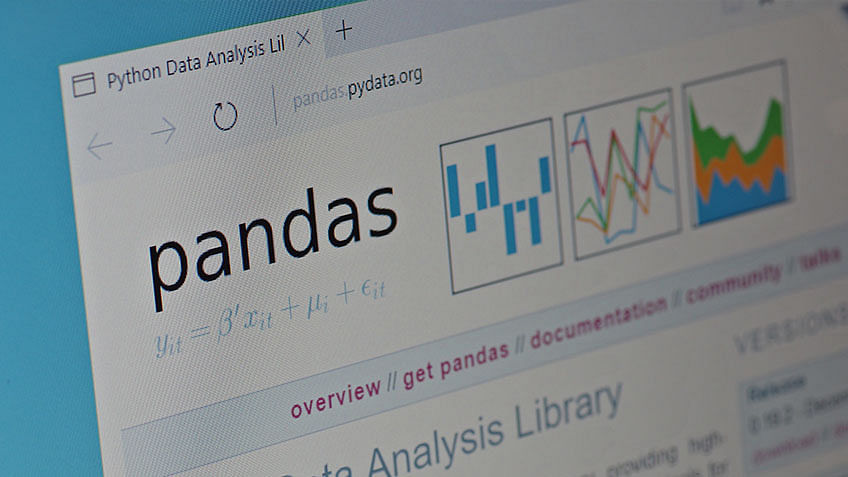 Python pandas is one of the most widely-used Python libraries in data science and analytics. It provides high-performance, easy-to-use structures, and data analysis tools. Two-dimensional table objects in pandas are referred to as DataFrame, as well as Series. It is a structure that contains column names and row labels.

What is Python Pandas?

Python with pandas is used in a wide range of fields, including academics, retail, finance, economics, statistics, analytics, and many others.

Python pandas is well suited for different kinds of data, such as:

Series is a one-dimensional array that can contain any type of data. You can create a series by using the following constructor:

If you don’t mention the index of the array, it begins at zero by default.

A dictionary data structure can be passed as an input in the series.

Fig: Series from a dictionary

To access the data in the series, we enter the index number of the element or the label on an element.

To retrieve data using labels, we enter the label value.

A DataFrame is a multi-dimensional data structure in which data is arranged in the form of rows and columns. You can create a DataFrame using the following constructor:

A series dictionary can be passed to form a DataFrame.

Fig: DataFrame from a Series dictionary

Let us now look at the column selection, addition, and deletion, and indexing a DataFrame through an example.

You select a particular column by mentioning the column name.

The following enables users to incorporate new columns into the data provided:

Columns can be deleted using the del or pop functions.

The iloc() method is used for integer-based indexing.

There are two types of sorting available in pandas. They are:

The sort_index() method is used to sort data in pandas. You pass the axis arguments and order of the sorting.

By default, sorting is done in ascending order.

The sort_values() method is used to sort the column according to values.

The groupby function performs one of the following operations on original data. They include:

Let’s create a DataFrame object and perform all the operations.

Let us see how grouping objects can be used in DataFrames.

You can merge two DataFrames by including the key in the following way:

In the above program, we used the ‘id’ column as a common key.

The concat function is used to concatenate two DataFrames.

In this Python pandas tutorial, we covered Python pandas and its different functions. We also provided a visual example that demonstrated how to use DataFrames and Series in Python pandas.

Python is an essential tool that all aspiring data scientists and analysts should master. If you’re interested in adding this highly coveted skill to your resume, enroll in our Python Training Course today!