Lesson 3 of 6By Ravikiran A S 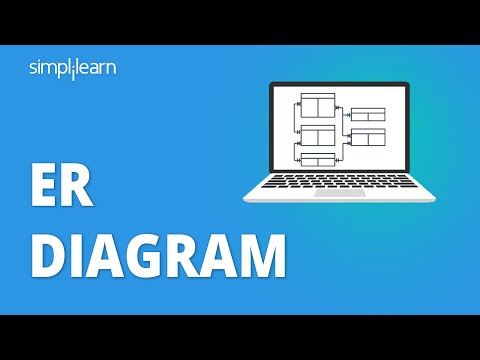 What is an ER Diagram?

The following diagram showcases two entities - Student and Course, and their relationship. The relationship described between student and course is many-to-many, as a course can be opted by several students, and a student can opt for more than one course. Student entity possesses attributes - Stu_Id, Stu_Name & Stu_Age. The course entity has attributes such as Cou_ID & Cou_Name.

What is an ER Model?

An Entity-Relationship Model represents the structure of the database with the help of a diagram. ER Modelling is a systematic process to design a database as it would require you to analyze all data requirements before implementing your database.

Peter Chen proposed ER Diagrams in 1971 to create a uniform convention that can be used as a conceptual modeling tool. Many models were presented and discussed, but none were suitable. The data structure diagrams offered by Charles Bachman also inspired his model.

Why Use ER Diagrams in DBMS?

You base an ER Diagram on three basic concepts:

An entity can be either a living or non-living component.

It showcases an entity as a rectangle in an ER diagram.

For example, in a student study course, both the student and the course are entities.

You showcase the weak entity as a double rectangle in ER Diagram.

An attribute exhibits the properties of an entity.

You can illustrate an attribute with an oval shape in an ER diagram.

Key attribute uniquely identifies an entity from an entity set.

It underlines the text of a key attribute.

For example: For a student entity, the roll number can uniquely identify a student from a set of students.

An attribute that is composed of several other attributes is known as a composite attribute.

The double oval shape is used to represent a multivalued attribute.

An attribute that can be derived from other attributes of the entity is known as a derived attribute.

In the ER diagram, the dashed oval represents the derived attribute.

The diamond shape showcases a relationship in the ER diagram.

It depicts the relationship between two entities.

In the example below, both the student and the course are entities, and study is the relationship between them.

When a single element of an entity is associated with more than one element of another entity, it is called a one-to-many relationship

For example, a customer can place many orders, but an order cannot be placed by many customers.

When more than one element of an entity is related to a single element of another entity, then it is called a many-to-one relationship.

For example, students have to opt for a single course, but a course can have many students.

For example, you can assign an employee to many projects and a project can have many employees.

How to Draw an ER Diagram?

Below are some important points to draw ER diagram:

Looking forward to a career as a Business Analyst? Check out the Business Analytics Certification Training with Excel and get certified today.

ER Diagram in DBMS is widely used to describe the conceptual design of databases. It helps both users and database developers to preview the structure of the database before implementing the database.

If you have any questions or inputs for our editorial team regarding this “ER Diagram in DBMS” article, do share them with us in the comments section below. Our team will review them and help solve them for you very soon!