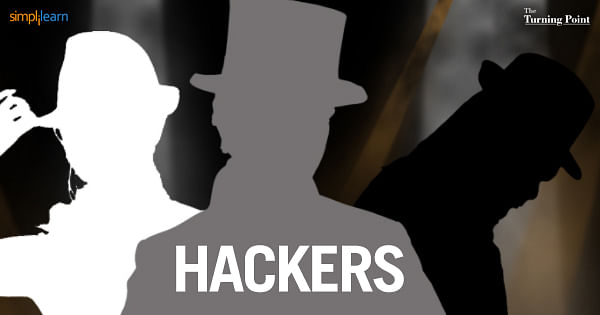 “And then it happened… a door opened to a world… rushing through the phone line like heroin through an addict’s veins, an electronic pulse is sent out, a refuge from the day-to-day incompetencies is sought… a board is found.”

As the term “hacker” strikes our mind, the first thing that comes to our mind is cybercrime. We witness news flashing every day on cybercrimes – through mail, social networking sites, phone number and more. The world has witnessed host of crimes including robbery, blackmailing etc., through internet and phone. But is that all? A hacker is not always the villain in the cyber world; there are different types of hackers, typically ethical and unethical hacker. As the term suggests, ethical hacker hacks information systems ethically for some good purpose while an unethical hacker does the same unethically for some wrong reasons.

A hacker is someone who breaks into computer systems in order to get information and data out of it. Thus, hackers are much beyond the negative connotation that is generally attached to it. In this article, we will get introduced to some of the different types of hackers and their role of work in the information security world.

White Hat Hackers:
As mentioned earlier, all hackers are not villains, some are heroes as well. A white hat hacker is a person who breaks into information or security systems ethically. He or she doesn’t derive information with malicious intent but do it for ethical reasons. White hat hackers are designated as security experts in organizations. They undertake various measures and shields to break information systems to derive data that is useful for the organization. They are legally permitted to do the same and are often called as ethical hackers. In fact, there are professional certifications that certify one as a Certified Ethical Hacker. CEH certification is one of the popular IT security certification offered to security professionals. With the growing number of cyber threats, the demand for ethical hackers is increasing by the day.

Black Hat Hackers:
Not every hacker is a cracker but that doesn’t mean there is no cracker. Black hat hackers are called as crackers. Opposite to white hat hackers, black hat hackers are the ones who break into information systems with malicious intent. They hack computer systems, emails and others for fraud purposes. They dig into other’s computer system, phone system, account etc., and get details that can cause harm to the owner. A lot of cybercrimes are the resultant of black hat hackers. They use private information of people for causing crimes like robbery, fraud, vandalism and more. As these groups of hackers are unethical, they are punishable by the law for crimes they cause.

Grey Hat Hackers:
Not everything can be placed in black and white; there is always a grey area and it is the same with hackers. A grey hat hacker exhibits traits of both white and black hat hacker. These types of hackers usually dig into others systems unethically while causing no such malicious harm. Many grey hat hackers break into other’s account and information systems, pull in details and inform the administrator of the mishap. Further, they offer to fix the problem against some fee. Thus, they are the ones who hacks others’ systems to fix it later on to gain some earning.

Script Kiddie:
As there are good performers and bad performers, there are elite hackers and script kiddies. A script kiddie is someone who is an amateur in the field. He or she doesn’t break into other’s systems through their skills but use automated scripts to do the same. The use tools and software prepared by other hackers for breaking into information systems. Like elite hackers, script kiddies too can pursue white hat hacking and black hat hacking. Thus, there are different types of hackers who work with different purpose in the IT security world. Though everyone’s work is to break into other’s system and derive information, they do it with different purpose and the purpose makes them different from each other.