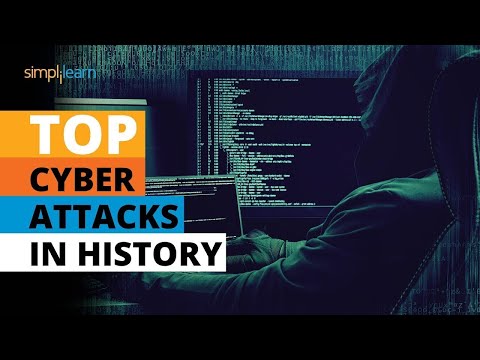 In today's world of the internet, life has become more comfortable with just a click. However, the internet is also a bane for your data's privacy and security. Be it for organizations or individuals, cyberattacks are dangerous, and they leave a lasting impact. In this article, I'll take you through ten of the top computer hacks of all time; here, you will be introduced and acquainted with the deadliest cyber attacks humankind has ever witnessed.

Here’s a look at the top computer hacks that wrote history:

Those were the list of the top computer hacks of all time.

In this article, you have seen an overview of the top computer hacks in history. These were just a few of the deadly cyberattacks that have happened; the world has seen many more. Hence, it is of utmost importance to be careful while handling digital data and implement cybersecurity to put a curb on such cyberattacks.

Today, cyber security is one of the top of the list of companies across industries. Business focus on this area has increased tremendously to build internal capabilities to proactively anticipate, tackle, and prevent such computer hacks and cyber attacks that can prove to be critically detrimental to the business. Cyber security professionals with the right skill sets are in high demand today, and companies are looking to provide solutions to safeguard business data and interests. Simplilearn’s Post Graduate Program in Cyber Security with modules from MIT College of Computing and EC Council offers professionals today an ideal launchpad to kickstart their cybersecurity career. In addition to getting a deep working understanding of today’s most effective cyber security best practices and techniques, including masterclasses from MIT College of Computing faculty, program learners get to perfect their skills with multiple assignments, 25+ projects, and a Capstone.

Do you have any questions for us concerning 'The Top Computer Hacks of All Time'? Please mention them in the comment section of this article. Our qualified experts will get back to you as quickly as possible.