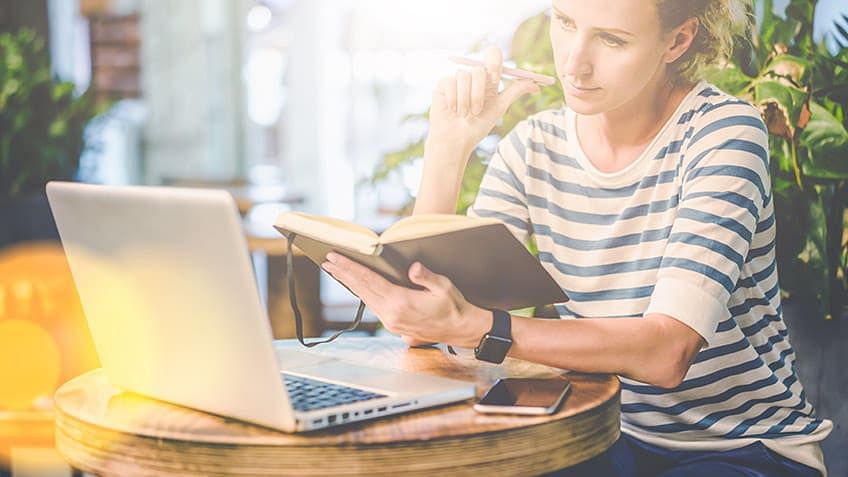 The world is on the cusp of a new age, in which technology, data, and intelligent automation become most powerful drivers of economic success. And yet, in spite of the excitement and enthusiasm this digital transformation is inspiring, there is increasing concern that certain demographics may be left behind as the transformation unfolds. At the recent World Economic Forum (WEF) meeting in Davos, Switzerland, the alarm was sounded over the Global Gender Gap Report that showed that progress toward parity between men and women in technical roles had dropped since the report from the previous year. The top theme at the meeting was how to address the global gender gap, as well as the impact of automation technologies such as artificial intelligence (AI) on the global workforce.

Upskilling Is the Name of the Game

The WEF launched its new SkillSET project, supported by many of the world’s top technology providers and targeting a million workers over the next three years. The SkillSET foundation includes a web portal and upskilling enablement framework to ensure that today’s workers can adapt to fundamental changes in the technology landscape, “future-proof” essential skillsets to land digital-oriented jobs and ensure that all demographic groups have equal access to skills training on these critical fields.

Turning to the digital channel to enable technology skills training makes perfect sense. Online skills training has been a red-hot market over the last few years as professionals gear up for the digital future, and it yields real benefits. A Research Institute of America report illustrated that e-learning boosts retention rates by 25 to 60 percent, compared to retention rates of 8 to 10 percent with traditional training. The next generation of online learning management systems is purpose-built to give learners more flexibility to learn at their own pace and the ability to interact with instructors, teaching assistants and other class participants easily in virtual classrooms and after classes through the digital medium.

Tech Skills and Business Skills Are the Highest Priority

And on the technology side, new roles in data science, AI, machine learning, deep learning and other advanced skills are taking the market by storm. Jobs that require AI skills have grown by 4.5X since 2013, and investment in AI startups by venture capitalists has grown six-fold since 2000. Jobs in advanced intelligent automation and data-driven industries such as financial services, cyber security, and digital marketing services will fuel growth in the coming years, creating a vital need for big data architects, digital marketing specialists, machine learning engineers and countless other technology positions.

Automation Can Be a Job Enabler

As industries ramp up their manufacturing and internal processes with advanced automation systems, there is some concern (which was also addressed at the WEF event) that automation might have a negative impact on jobs. However, automation doesn’t have to be a job killer. A recent report by WEF showed that in Germany, which has more industrial robots that the U.S., job losses simply haven’t occurred. Researchers from the Universities of Würzburg, Mannheim, and the Düsseldorf Heinrich-Heine University examined 20 years of employment data to figure out how much of an effect the growth of industrial manufacturing has had on the German labor market. They found that despite the significant growth in the use of robots, they hadn’t made any dent in aggregate German employment. While some manual jobs might be lost in the long run on automation lines (not immediate replacements), they have the potential at being replaced by higher-paying technology jobs that drive the automation itself.

Digital Transformation Is Alive and Well

Intelligent automation is a key component in the digital transformation we are witnessing globally. An Accenture study reported that 92 percent of businesses feel that intelligent automation that makes use of AI will be put to wider use in their companies within the next 12 months. And while a large majority of companies know that digital transformation is a competitive opportunity, about half of executives feel that a lack of familiarity with technology is a barrier to digitally transforming, according to Capgemini. The benefits of digital transformation are everywhere, from improving customer engagement and revenue to boosting employee morale. Upskilling will remain the primary driver of filling the gap in needed technology proficiencies.

When the World Economic Forum puts its weight behind initiatives like SkillSET, you know that mindshare in upskilling is primed to spike. Easy access to online skills training—where everyone has an equal chance at learning and improving their career opportunities—will provide the foundation for making these types of training programs work. And that is something that every business and individual can embrace.

Krishna Kumar founded Simplilearn.com in 2010. In the following years, he has built the company into one of the largest players in delivering certification training for working professionals. A thought leader in the edu-tech sector, Krishna believes in balancing technology with human interaction to deliver a world-class learning experience.