HomeResourcesSoftware Development6 Warning Signs the RPA Trend Is Passing You By

6 Warning Signs the RPA Trend Is Passing You By 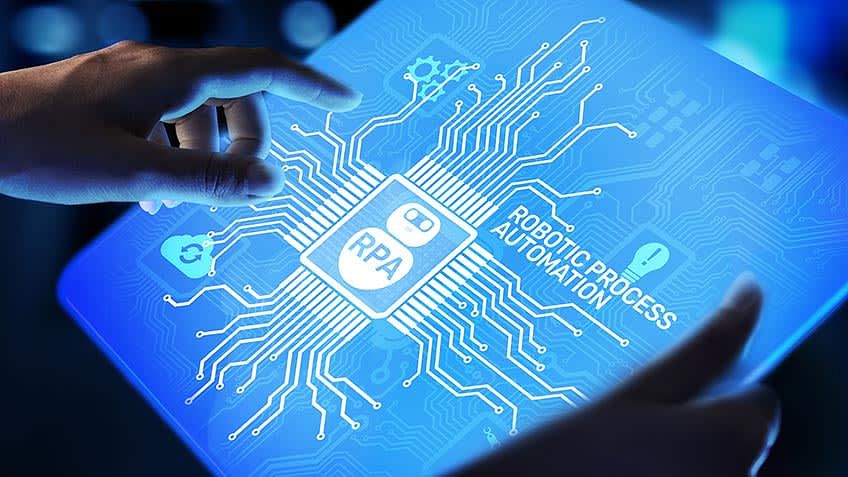 If you haven’t yet investigated robotic processing automation (RPA) as a tool to enhance your business, there is still a window of opportunity for you. Companies of every size and shape are embracing RPA, and the ones that are doing so now stand to catch the wave of early benefits that will keep them on the competitive edge. For others, it’s time to evaluate if you’ve got the chops for this sort of game-changing technology.

RPA allows data scientists to configure computer software or a “robot” to capture and interpret existing applications for processing transactions, manipulating data, triggering responses and communicating with other digital systems. RPA bots can automate easy tasks and make broad data sources accessible to AI, which in turn learns to mimic and improve the processes based on data received from the RPA.

Here are six signs you might be in danger of letting the RPA revolution pass you by.

RPA has been around for a few years but many companies are still testing the waters and evaluating how it will fit in their greater AI implementations. In the financial industry, where adoption has been faster than others, companies have moved from the exploration stage toward a broad rollout of software “bots.” A PWC survey found that 11 percent of respondents consider themselves “leading,” meaning they have adopted RPA widely across the enterprise, another 19 percent are heading in that direction, and 48 percent have moderate experience with RPA. If you’re one of the remaining 22 percent that hasn’t done your due diligence, you’re already falling behind the competitive curve.

2. You’re Too Worried About Job Losses

As with many AI technologies, some business managers are worried that machine-thinking entities that can process data much faster than humans might eventually eliminate the need for people power. But according to a Harvard Business Review report that spanned 71 RPA projects, replacing administrative employees was neither the primary objective nor a common outcome in 47 percent of the total. Only a few projects led to reductions in head count, and in most cases, the tasks in question had already been shifted to outsourced workers. Increasing cases like these suggest that much of the job loss fears are (so far) unfounded.

Finance and accounting professionals embrace technology apps like financial applications, spreadsheets and data processing systems, but many are reluctant to let AI into their organization to make significant financial decisions. Nonetheless, a Deloitte study on corporate controllers reaffirms an interest in RPA. More than half (52.8 percent) of financial professionals polled said their organization plans digital controllership improvements in the coming year – including process automation, analytics, better auditing and generating alerts when financial listings fluctuate past a certain threshold.

Every innovative new technology category that makes its way into enterprise adoption demands some financial commitment. Attaining budgets and controlling costs are always part of the equation, but if you can prove a return on your investment in RPA, you stand a better chance of overcoming financial objections. A PWC study on RPA found that on average, firms expect to be ROI positive in fewer than 14 months of their implementations. And another study showed that automating transactional processes stood to reduce costs by 50 to 75 percent. That’s a great financial justification argument to make to your management team.

Automated bots are now commonplace in the customer service and support sector as well. Harvard Business Review reports that 44 percent of consumers prefer chatbots to humans for customer relations. Imagine lightening the burden of your human support assets for common problems and enabling them to focus on higher value cases. RPA is now also being used with other customer-facing activities, such as automating airline ticket cancelations and issuing refunds, a task previously performed by employees, and facilitating automatic rebook recommendations in the event of an airport shutdown.

It usually takes a cycle or two for new technologies to become popular enough for experts to make training and upskilling available. But today, there are plenty of options in the AI space. RPA certification covers RPA concepts, tools and workflows used in intelligent automation, and steps for implementing RPA. AI engineers can be trained to create practical AI applications using a wide range of intelligent agents. Machine learning experts are trained in mathematical and heuristic techniques. And deep learning specialists learn to master and apply deep neural network research.

These are six specific things to be aware of, but IT execs should take it upon themselves to always be on the lookout for other signs they’re falling behind as RPA and AI make their way into the common corporate culture.