HomeResourcesCloud ComputingWhat is a Cloud Server? Definition, Types and How They Work

What is a Cloud Server? Definition, Types and How They Work 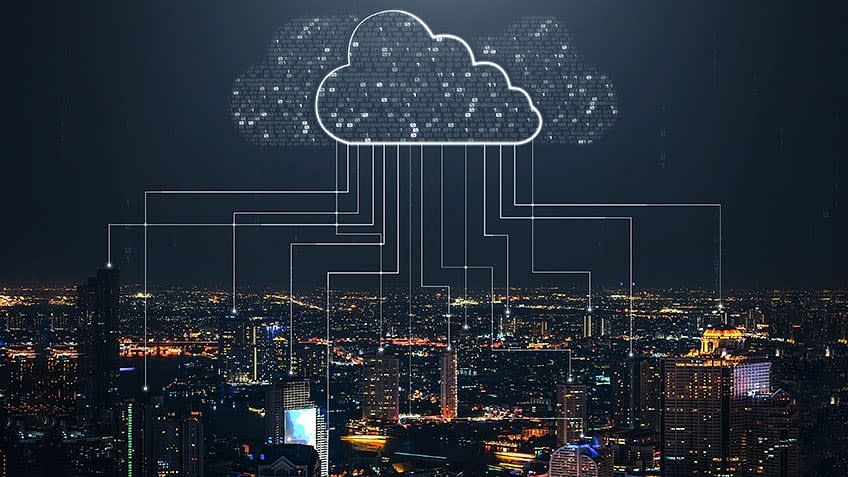 A cloud server is a virtual server that runs on a cloud computing platform. It is essentially a software-defined version of a physical server, and can be created, configured, and managed using software tools rather than hardware components.

Cloud servers are typically accessed via the internet and used for a high range of applications, such as web servers, databases, file servers, and software-as-a-service (SaaS) applications. Because they are virtual, cloud servers can be easily created, scaled, and deleted as needed, making them highly adaptable and cost-effective.

How Does a Cloud Server Work?

A cloud server works by allowing users to access virtualized computing resources over the internet. When you create a cloud server, the cloud provider assigns you a certain amount of virtualized hardware, such as CPU, memory, and storage, which you can use to run your applications and store your data.

Cloud is software delivered and used over the internet rather than installed on a local computer or server. It is also known as software as a service (SaaS).

Cloud software is hosted on servers that are owned and operated by a cloud provider. Users can access it over the internet using a web browser or a client application. Because it is hosted in the cloud, cloud software access from anywhere with an internet connection. It does not require users to install it on their computers.

Cloud Servers and Their Alternatives

Cloud servers are highly adaptable and cost-effective and can be used to host a wide variety of applications, including web servers, databases, and file servers.

There are several alternatives to cloud servers, including:

Why is it Called a Cloud Server?

A cloud server is called a "cloud" server because it runs on a cloud computing platform. The term "cloud" refers to the use of a network of remote servers, typically hosted by a third-party provider, to store, process, and manage data and applications, rather than running them on a local server or computer.

Why Switch to a Cloud Server?

As businesses and organizations continue to rely more on technology to store, process and manage data, the demand for reliable, scalable, and cost-effective computing solutions has increased. Cloud servers offer a number of benefits over traditional servers, making them an attractive option for many organizations.

Cloud servers are virtual servers that run on a cloud computing platform. They are created, configured, and managed using software tools, and are accessed over the internet. Some key features of cloud servers include:

What is the Difference Between a Cloud Server and a Traditional Server?

There are several key differences between cloud servers and traditional servers:

There are several different types of cloud servers available, including:

Get Certifications in AWS, Azure and Google Cloud

Which is the Best Cloud Server?

There is no one "best" cloud server, as the best option will depend on the specific needs and goals of an organization. Some popular cloud servers include Amazon Web Services (AWS), Microsoft Azure, and Google Cloud Platform. It's important to carefully consider the features and pricing of different cloud servers and choose the one that best meets your needs.

How to Choose a Cloud Server?

When choosing a cloud server, there are a few key factors to consider:

How to Scope Your Server?

When it comes to setting up a server, it's important to carefully consider the resources and capabilities that your server will need to meet the demands of your applications and users. This process is known as scoping your server, and it involves assessing the hardware, software, and network requirements of your server, as well as the level of performance, reliability, and security that you need.

What are the Benefits of a Cloud Server?

Cloud servers offer a number of benefits over traditional physical servers, including:

While cloud servers offer many benefits, there are also a number of challenges to consider:

The Pros and Cons of a Cloud Server

When deciding whether a cloud server is right for you, there are several key considerations to keep in mind:

How Many Cloud Servers are There?

According to some research and estimates, the major cloud providers such as AWS, Azure, Google Cloud, and IBM Cloud alone host millions of servers, and it's growing as the adoption of cloud computing is increasing.

Hope this article was able to help you understand what a cloud server is and how they work in detail. If you are looking to enhance your cloud computing skills and knowledge, we would highly recommend you to check Simplilearn’s Post Graduate Program in Cloud Computing. This course, in collaboration with Caltech CTME, can help you hone the right skills and make you job-ready in no time.

If you have any questions or queries, feel free to post them in the comments section below. Our team of experts will get back to you at the earliest.

A cloud server is a virtual server that is hosted in a cloud computing environment. It runs on hardware that is owned and maintained by a third-party cloud provider and can be accessed over the internet.

2. What are the different deployment models for cloud servers?

There are four main deployment models for cloud servers:

What Is Client-Server Architecture? Everything You Should Know