HomeResourcesSoftware DevelopmentWhat is a Blockchain Developer and What Does One Do?

What is a Blockchain Developer and What Does One Do? 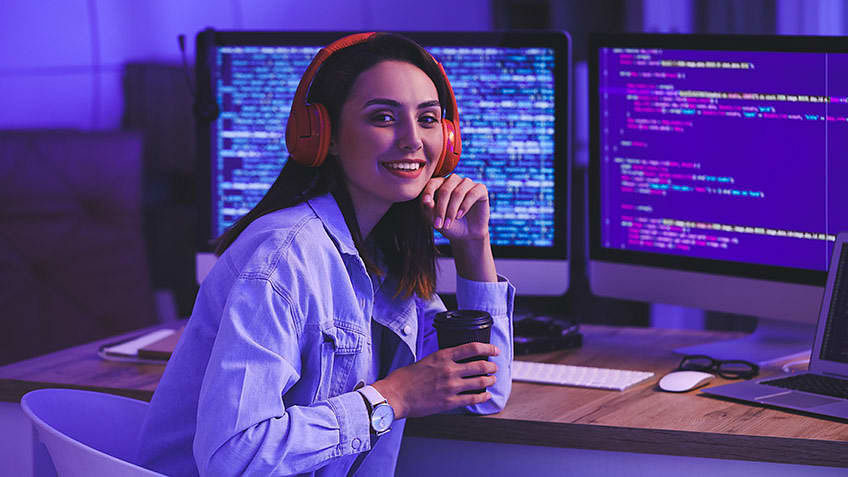 Blockchain technology has been gaining traction over the past few years, thanks mainly to the rise of cryptocurrencies like Bitcoin. Although it’s still a relatively young field, people are finding practical uses for blockchain technology beyond powering Bitcoin.

What Is Blockchain Development?

Blockchain is a unique type of database that stores information in "blocks" of data chained together in chronological order. Any new data gets written into a block, and when it is filled up, it gets timestamped and attached to the latest block in the chain, hence the clever name "blockchain."

What Is a Blockchain Developer?

Blockchain developers are professionals who develop applications for blockchain protocol architecture. Their daily tasks include developing and optimizing algorithms that run on the Blockchain Protocol. This protocol is piggybacked onto the standard Internet Protocol (IP), functioning as an Internet for blockchain-powered devices. This blockchain Internet is referred to as Web3.

Blockchain developers create applications that conform to the Web3 decentralized protocols mentioned above. However, there are two significant branches of blockchain development.

So, let’s take the information we just discussed and see if we can put it into a convenient job description reference format.

But when discussing job description specifics, we need to differentiate between three different experience levels.

What’s the Demand for Blockchain Developers?

An article from late 2021 says employment powerhouse LinkedIn reported that blockchain job listings have surged a staggering 615 percent since August 2020. There are other similar rosy predictions for blockchain developer demand presented by other sites as well.

Based upon evidence like this, it’s safe to say that there will be an ongoing demand for blockchain developers, possibly even a sustained increase, for the foreseeable future.

How Do You Become a Blockchain Developer?

For starters, check out this tutorial, which describes how you can fulfill your blockchain developer dreams.

Next, follow the blockchain developer roadmap we present below. Remember that the more blockchain-related education and skills you can gather, the easier the journey will be.

Once you have met these criteria, you’re ready to call yourself a blockchain developer. Congratulations!

Here’s a list of the skills you need to become a successful blockchain developer. Naturally, potential employers are looking for skill sets like this one and will prefer candidates who have it in their toolbox.

Here are a few quick tips that best sum up how to start your journey to become a blockchain developer. Some of these tips repeat concepts we've already touched on but are summarized here in a tip format:

What Is a Blockchain Developer: FAQs

Here are some of the most frequently asked questions relating to blockchain developers.

1. Is blockchain development really that good a career?

If you’re asking if blockchain development has an ongoing relevance, the answer is “yes.” Blockchains are transforming the worlds of business and finance, and job demand is skyrocketing.

2. Is it hard to learn blockchain?

It’s certainly different and consequently has a steeper learning curve than, for instance, traditional web or app development. Blockchain is new; therefore, people aren't familiar with it. However, you're in the clear once you beat that learning curve. Besides, if few people are doing it, that only makes your skills more in demand and potentially can lead to better positions and compensation!

3. How do I make money as a blockchain developer?

You can do freelance work, get hired by a company and make a consistent salary, or become a consultant.

Mostly, yes. Blockchain is a database, which isn’t typically something you can monetize. Additionally, most blockchain dapps are open source. However, some enterprise-level versions of blockchain dapps and other resources will have a price tag.

5. One of blockchain’s biggest draws is its supposed security. Is it really that secure?

While there's no such thing as a perfect system, blockchain is highly secure and thus will be in demand because of three primary reasons:

How Would You Like to Get Into Blockchain Development?

If you’ve decided that you want to learn more about blockchain and how to make your mark in this rising new technology, Simplilearn has what you need to get started. The Caltech Blockchain Bootcamp is the perfect blockchain developer course choice to master the concepts of Bitcoin, Hyperledger, Ethereum, Ripple, and Multichain blockchain platforms.

The course, held in conjunction with Caltech, teaches you how to set up private blockchain networks using Hyperledger Composer and how to deploy smart contracts on Ethereum. The course develops your knowledge in blockchain and expands it further. You will gain expertise in building solutions using the best tools in the industry, plus learning how to build, create, and administer smart contracts, Bitcoin wallets, transactions, Fabricode, and Chain SDKs.

Simplilearn also has other blockchain-related courses and bootcamps that can augment your newly acquired knowledge and a host of informative articles. So, visit Simplilearn today and give your blockchain career a much-needed boost!