What is Integration Testing: Examples, Challenges, and Approaches 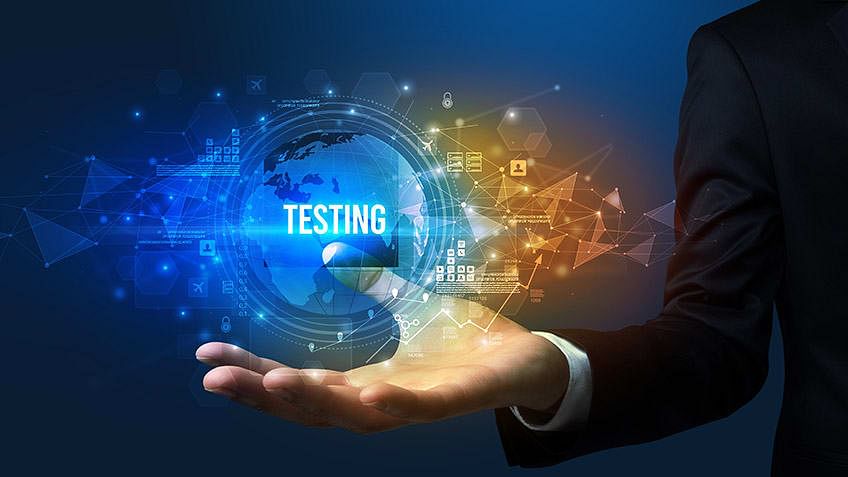 Today’s consumers want more software, they want it to do more, and they want it now. As a result, some developers are tempted with the idea of rushing through testing, figuring it’s better to release a piece of inferior software on the release date (or close to it as possible) than to suffer through a long delay.

However, bug-ridden software can lead to a catastrophic public relations nightmare and backlash. So, developers need to release software and apps that have undergone thorough, rigorous testing.

Without further ado, let’s start things with a definition. What is integration testing anyway?

What Is Integration Testing?

Integration testing is known as the second level of the software testing process, following unit testing. Integration testing involves checking individual components or units of a software project to expose defects and problems to verify that they work together as designed.

As a rule, the usual software project consists of numerous software modules, many of them built by different programmers. Integration testing shows the team how well these disparate elements work together. After all, each unit may function perfectly on its own, but the pressing question is, “But can they be brought together and work smoothly?”

So, integration testing is the way we find out if the various parts of a software application can play well with others!

Other than the fundamental truth that developers must test all software applications before releasing them to the public, there are some specific reasons why developers should perform integration testing.

Unfortunately, integration testing has some difficulties to overcome as well.

What’s the Difference Between Integration Testing and System Testing?

If you are attempting integration testing, keep these guidelines in mind:

Here are the six most popular forms of integration testing.

This method involves integrating all the modules and components and testing them at once as a single unit. This method is also known as non-incremental integration testing.

These elements are dummy programs used in integration testing to facilitate software testing activity, acting as substitutes for any missing models in the testing process. These programs don’t implement the missing software module’s entire programming logic, but they do simulate the everyday data communication with the calling module.

A Guide to Integration Testing Tools

Software testers have access to a wide variety of testing tools. Here’s a sample.

Citrus is an open-source testing framework ideal for complex integration testing. It supports multiple protocols like HTTP, JMS, and SOAP.

This open-source automation testing tool is designed for web-based application testing. Although specifically designed for Angular and AngularJS applications, its use case isn’t limited to those applications. Protractor enjoys support in many different browsers, including Chrome, Firefox, Internet Explorer, and Safari.

Tessy is designed especially for embedded software and handles every aspect of the test organization, including management, traceability, and requirements.

This testing tool works for both unit and integrating testing projects, significantly reducing costs and time by automating much of the testing process. It also uses stubs and drivers to create missing modules to simulate code functionality.

Before you begin integration testing, keep the following best practices in mind.

Thanks to today’s Agile methodology, developers can conduct integration testing earlier in the project. This fact means they can find bugs and integration issues sooner, ensuring a faster release to the public.

Determine which testing strategy you want to use

Some testing strategies work better with specific development projects. Use your experience to decide which one to go with.

Study the application’s architectural design and identify the critical modules

Make sure you have mock data at hand

The only way you can discover problems that show up in testing is by logging your test results. Everything should be documented, so developers can consult the results and see what went wrong.

A good integration test plan has the following attributes:

Here are the criteria that should be met before starting integration testing and before ending it.

An Example of Integration Testing

Do You Want to Learn About Coding?

Testing is cool, but before an application is tested, it must first be coded. The demand for coders is greater than ever, and if you want a career in this rewarding and challenging field, Simplilearn has the tools that get you started.

The Caltech Coding Bootcamp, ranked the Number One coding bootcamp by Career Karma, can turn you into a full-stack developer in six months! The bootcamp helps you master both front-end and back-end Java technologies, beginning with the basics and escalating to the advanced aspects of full-stack web development. In addition, you will learn Angular, Spring Boot, web services, JSPs, and MongoDB, valuable tools needed to launch your career as a full-stack developer.

Glassdoor reports that full-stack developers in the United States can earn an average yearly salary of $108,901.

What is Data Integration?