HomeResourcesSoftware DevelopmentIoT Explained: What It Is, How It Works, Why It Matters 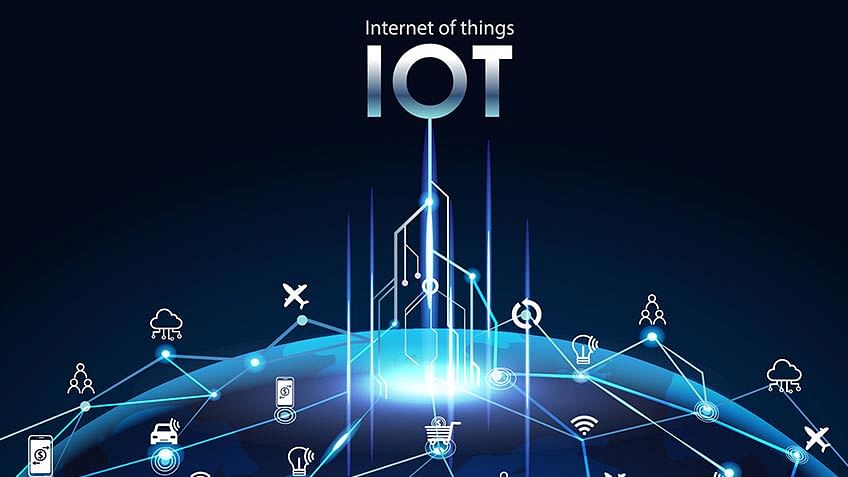 We live with a lot of shorthand lingo and acronyms these days, with combinations of letters like OOF, BRB, TYL, LOL and IDK littering our texts and Slack messages…and sometimes our emails too (depending on your work environment). Those are, for the most part, easy to decipher and even use for our own in replies. But there’s one bit of shorthand that’s showing up all over and poised to change the world, yet it’s not so easy to wrap our heads around: IoT.

IoT: The Internet of Things. When the Internet became commonplace, we were all connected as an Internet of people. That has been life-changing. But it’s about to change all over again. Soon it will be our devices (and cars and phones and appliances and more) that are connected, not us, and this shift is going to turn our world upside down—in a very good way, according to most experts. Some predict the changes will be so extreme, IoT will lead to the next Industrial Revolution.

The Internet of Things will be so monumental in part because the number of “things” will far outnumber the number of people. Gartner predicts we will have 20.4 billion connected devices by 2020. Can you imagine that? Over 20 billion devices, all connected and sharing data all around us all the time. And that’s on the low end. The FTC predicts it will be 50 billion, and this infographic says possibly even 200 billion. And then there’s the money: IDC predicts the global IoT market will be valued at over $1.7 trillion by 2020. Billions of devices and trillions of dollars? It’s all mind-boggling!

But that’s nothing but numbers at this point. Those devices and dollars don’t tell us what IoT is, how it works, or why it matters. And without understanding those three things, you can’t really appreciate the significance of this inevitable transformation—or your potential place in it.

The Internet of Things: What Is IoT?

Let’s start with the question, what is IoT? According to the Internet, it’s “the interconnection via the Internet of computing devices embedded in everyday objects, enabling them to send and receive data.” At a consumer level, these devices can be placed in our cars, phones, appliances, medical equipment, wristbands, livestock and more. At an industrial level, these devices can be in machinery, shipping equipment, vehicles, robots, warehouses and more. But where the devices are located matters less than what they do. And what they do is “talk” to each other, sharing data and getting feedback based on that data and all the other data that is being generated, analyzed and acted on.

How It Works: Internet of Things Applications

Perhaps the best way to explain how IoT works is to take a look at the Internet of Things applications. What are some of the real-world scenarios possible with this technology?

In these examples, none of the devices is acting alone. They are responding to and submitting data. The sensor in the car is connected to the mechanic’s calendar and the manufacturer’s log. Your smart home knows you had a long day because it is connected to your calendar. Your refrigerator is receiving data to know the food that might have rotten—and which food you like to have on hand. Your coffeemaker is connected to your wristband, to know when you wake up.

All of those scenarios make for an easier day for the consumer, but what about the enterprise? What does IoT mean to the commercial world? Plenty! In the world of the industrial Internet of Things, similar devices can track inventory to optimize when stock is on hand and re-ordered, streamline transportation by taking into account weather or traffic, and decrease mechanical breakdowns with predictive maintenance. Autonomous vehicles can deliver needed warehouse parts at the exact time they’re needed. The examples go on and on and on because the industrial Internet of Things is already underway—and businesses are already benefitting from it.

Why It Matters: Internet of Things Benefits

Based on the examples of applications described above, you can see that IoT simply makes life better for the consumer and cost-effective for the business. And these two points of view are equally important, because you can answer questions about the Internet of Things benefits in one of the two ways: from the consumer’s point of view or from the business’s point of view.

Pursuing a Career in IoT

The IoT transformation is already underway, and businesses can’t afford to ignore this, nor can they remain ignorant about challenges they will face as they adapt to IoT. But what about you as an individual? Should you be taking steps to prepare for this next Industrial Revolution? Possibly, if you’d like a career with a secure future and endless possibilities. IoT offers plenty of jobs in part because IoT is not an industry or a specific technology, but a compendium of all. Therefore skilled professionals are needed in data and analytics, programming and ITIL, cloud computing and TOGAF, and programming and engineering. The list goes on and on.

If you’re interested in learning more, below are four ways to be part of the next wave of the Internet, although there are many more:

Unlike some technologies that get predicted but don’t pan out, IoT will happen—already is happening. And soon we’ll be as accustomed to the connected devices and the data they share as we are now to email and Google. But it’s best to be prepared, whether for your own business or for your future job prospects.

TOGAF and the Internet of Things